Have been enjoying following this thread, although I’ve not had much time to post.
Kin’s great. Donuts is top 10 Mogwai, an absolute belter of a centrepiece on a really strong set of tracks.
Works so well as a standalone album, that I’ve avoided watching the film.
The quality of their output over the past few years has been unbelievably good.

The TV just walked into the front room and stopped, and then said to me. “You’ve been listening to a lot of Mogwai lately”.

So I blamed you lot.

I was dead busy last night so I didn’t get round to doing the poll. Sorry - I know how much we all look forward to our Wednesday Mogwai Song Ranking Tradition. But, better late than never, vote for your top two!

Not just the best two on this album but possibly the best 2 tracks since Happy People.

Really enjoyed Kin. Probably just below Les Revenants in terms of soundtracks so far. I’ve been listening on vinyl and Donuts and We’re Not Done are both really nicely placed at the end of each side, so each half leads up to an absolute belter. Lots of other lovely little bits across all the others too, though I always find it really difficult to work out which particular song I’m listening to on the soundtracks, as they all share a mood.

Another one that’s good to work to!

How good is it then?

This was a revelation. I really though it was blah apart from 2 amazing tracks and boy was I wrong.
I had a nasty bout of insomnia during the week and listening to the album at 1 in the morning was perfect. It chilled me out and helped me realise that the song Kin is amazing. Flee is perfect as well.

It’s not a 10 but I’m giving it one because I can and because it’s great.

I did really like Kin, it stood up well as an standalone album (I’ve still not had chance see the movie). 2 massive stand out tracks for me of Donuts and We’re Not Done. The vocals on the latter

I did rather enjoy Funeral Pyre too.

Not much else to add, only managed 2 listens early in the week.

I’m pretty sure now that I hadn’t heard this album before, because it really wasn’t what I was expecting. In a good way. Only managed a few listens this week, but that was enough to persuade me to buy it.

Guns Down, KIN and We’re Not Done is a superb closing sequence of songs (the bit at the end of KIN where the key changes has managed to surprise me every time I’ve listened so far).

Feel slightly bad that the song poll is almost entirely Donuts and We’re Not Done, as for me there are a few others up there running them quite close. But those two are such massive tunes I’m not going to change my vote. Scrap is another one I like that I’ve not seen mentioned so far. It’s short but very spacious, and I like the way the different elements drop in and out, before being followed by the much more intense Flee.

Interesting that (and I don’t think I’m alone on this here) despite them being one of my favourite bands, I’m only just now properly discovering large chunks of very enjoyable Mogwai work. Thanks Listening Club!

It’s the penultimate week! And perfectly timed for those who picked it up yesterday at Record Store Day. Obviously completely engineered…

No Mogwai for me today though. Three Lions and Vindaloo all the way.

Me too! I started this because I only knew a handful of albums by them, and I’ve discovered loads I’ve really enjoyed. It’s been top to hear everybody’s thoughts on them, and it’s helped me find a new appreciation for those I knew already. Will save the gushing posts for the final week, but it’s been ace. Thanks everyone!

perfectly timed for those who picked it up yesterday at Record Store Day.

Really happy to have snagged a copy but not expecting delivery for a couple of weeks. Ah well, sure I’ll cope somehow

I’ve never listened to Kin or ZeroZeroZero, and I missed Kin week.

So, ZeroZeroZero - I’ve only listened to this a few times so far (and some of that in bits and pieces as it’s quite long), but I’ve got a fair few thoughts rattling around my mind to share.

I picked this one up back in February when As the Love Continues came out. First time I listened I was walking on the edge of some woods near me. It was a dark grey day, the wind was getting up, and a shower of sleety snow had just started blowing across.

The album starts with loads of tension and atmosphere. Almost immediately when I put it on, got a big surprise as the music seemed to merge and become one with the world around me, forming a new experienced ‘reality’. A dark and dangerous one at that. I can remember half-expecting a person to emerge over the brow of the small hill I was walking towards, and that if they did so then they would be there on a mission to bring about my demise. Obviously most of my brain was still in the real world enough to realise that these thoughts and feelings were largely the effect of the music, but it’s amazing just how much of a mind-altering impact music can have on the brain.

It’s also odd because I don’t consider myself to have a particularly active imagination. For example, it’s been a long time since any horror film has had much of an impact on me (perhaps that’s because all too often they seem over-eager to visually reveal their horrors rather than letting your mind do the work). Anyway, it was nice to feel that kind of thrill and raised adrenaline about things that aren’t actually there, and it’s one of the strongest examples of this that I’ve felt from listening to music, certainly as an adult.

A few weeks later I had another similar experience listening to the album. This time I was walking through the middle of the woods. It was cold again with snow on the ground. During one of the many tension-filled tracks a little robin flew out from the undergrowth and boldly landed on a branch just a few feet from where I was walking by, watching me. I guess he was just checking to see if I had any food, but with the ZeroZeroZero soundtrack in my ears I imagined then that he was like some small spy colleague come to pass on vital information in some kind of war situation. I guess that this kind of thing is the effect you want a soundtrack to have when watching a film, where it adds to and becomes part of the whole experience.

@sheeldz if you are out with the dog listening to this then I hope your dog friend is temporarily transformed into some kind of noble and wise comrade by the music… or even better that your dog already fits this description.

I’m not sure what I can actually say about the music itself, and which tracks I like yet. As I mentioned it starts off full of tension but that seems to ease a bit over the course of the album. It also seems to me that more gentle and occasionally pretty tracks begin to emerge more as it continues. Quite possibly if I put this on while working it might just wash over in the background to some extent. While there are really nice and atmospheric tracks and moments, I’m not sure I’ve noticed anything particularly so far that really jumps out as a particular standout track so far.

But my overall impression is that it makes a great atmospheric soundtrack for the film it conjures up in my mind. I’ve no idea if that film bears any resemblance to Zero Zero Zero but it’s pretty good.

Zx3 is really worth watching. Excellent series. I love the soundtrack. It’s my favourite of theirs

I totally bounced of Zx3 first time so it’ll be interesting to give it another go.
Looking forward to 2018 now that it’s fresh in my mind.

I think I only gave Zx3 a cursory listen or 2 when it came out so don’t really remember it. Looking forward to giving it some attention this week. 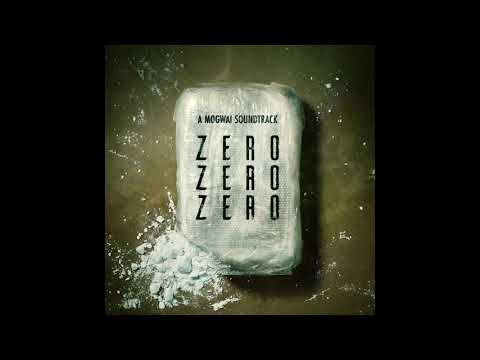