Any news from these guys? Hope they’re all good. I was listening to The Shadow of Heaven on the way to work this morning and forgot how beautiful it was. Suicide Songs was brilliant too.

Seemed really quite big in Manchester when I lived there, but was never really sure if their popularity spread. They completely blew me away whenever I saw them live.

See a couple of the others round Manchester and I think some of em have NTS shows. Great band. 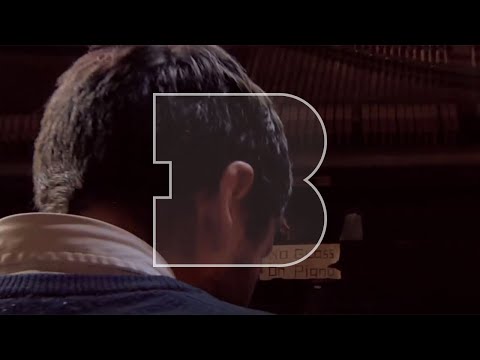 Love(d) them so much.

One of those ‘heard from a friend of a friend in the industry’ that Suicide Songs did very very poor sales wise.

Charlie from the band put up some solo things this year: https://charliecoxedge.bandcamp.com/

The last time I saw them at The Ritz was really badly attended and it was a Friday night.

I really liked them, they seemed to be on a decent label but remember speaking about them to people and hardly anyone had heard of them which is such a shame.

Yeah as others have said - such a shame. Still surprised they didn’t get a bit more mainstream traction - not saying National/Coldplay levels, but could easily see them a rung below.

Do sales count for much anymore? I always figured gig booking was based on social media buzz, previous attendance and streams.

Yeah I thought the same. The person I spoke to quoted 1,800 sales of Suicide Songs which (sadly) seems pretty bad. Would love clarification.

I think the problem they probably had is their breakthrough release had a sheogaze/dreampop sort of sound which got them labelled in that sort of scene but they weren’t really that kind of a band, so people in that scene were turned off and people who aren’t a fan of that type of music never really checked them out.
You can make a solid career in that sort of scene but it’s hard to get out of it and if people who are in it are turned off there’s nowhere to go really. Similar thing happened with Exit Calm who should’ve been massive really.

I think this was the last time I saw them too. Ritz is pretty big though right? Can’t imagine they were ever going to fill that out

Maybe, they sold out every other time they played in town I think (including 2 night on the trot maybe 3 when The White Hotel had properly open). At the time it probably wasn’t that much of a stretch.

Its weird how there were a group of bands that had been on Sways that ended up just disappearing (including the Greatwaves who I always thought would be the ones to really make it they were phenomenal). Money and, Bernard & Edith both signed for Bella Union looks like Money are done, for now at least, and Bernard & Edith are now Pearl City.

Greatwaves were brilliant, really liked The Louche who I think were on the same label. Again they just seemed to disappear.

His ‘Cloisters’ album is really good.

I think one of them is now in pins and has her side project kyogen which is also really good. The other band from that label was The Marder who were also ace.