Most Disappointing albums of 2018

Preoccupations - apparently their first written over the internet, pieced together from them sending bits and bobs to each other. I didn’t hate it but it has nothing like the cohesion, power and menace of their other albums, which feel like their own secret weird noir worlds. This is just some indie pop by comparison.

This is the first I’ve heard of it being written that way and that definitely explains a lot. Odd though, feel like they’re on tour all the time, how hard is it to be in the same room for a writing session.

They should try not to rush in to the next one. No need to knock out an album every 18 months.

Try Echo The Red by Accu - debut by a new Welsh/Dutch artist, has a lot of similarities and available to stream at The Quietus: Stream the excellent debut LP from Dutch-Welsh musician Accü, plus read a Q+A on mixing in a caravan, Stewart Lee collaborations and more

Oh I’ll give it another listen at some point. I really wanted to like it.

Another vote for Davidoff Cool Belle and Sebastian.

I loved a lot of what they’ve done in the past but aside from the odd track here and there nothing they’ve produced since 2006 has been much cop. Really wish they’d stop now.

Hope I’m not misremembering but fairly sure. I definitely heard it in an interview with one of the members on a podcast. Basically said they all live in different cities now, etc so it’s hard, and I guess a lot of bands struggle to write on the road.

provided that I don’t listen to that one featuring Brian Cox. Absolutely dreadful tune.

The version without him is quite good.

The only one I can think of is Courtney Barnett. It’s not a bad record, and there are three or four good songs. It’s better than that awful record with Kurt Vile. It’s just disappointing compared to the early eps and the first album that just fizzed with absolute genius.

PHUK is my favourite single of theirs since The Box

Wow, I really don’t rate it. The remix was a lot better. 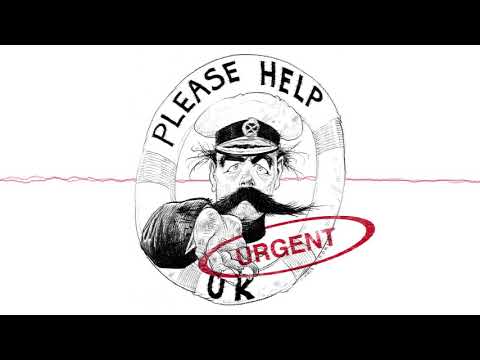 Have to agree to disagree I think! Wasn’t madly keen on the remix

I think the best songs on it are the best things she’s done but it is a very disjointed album. One i tend to dip into rather than play from start to finish.

Father John Misty by a country mile so disappointing that you completely forget about it until someone mentions it or it comes up on shuffle.

wow - i think it’s up there with Honeybear for me, massive return to form after Pure Comedy

Sorry, as a not disappointing album, but a very good one.

Yeah I’m a bit of a fan of pure comedy it has grown on me. Listen to the new one and with 20 minutes of listening to it I forget about it.

Chvrches- It’s a solid album but not a patch on the previous two efforts.

Agree that Chvrches was a disappointment. It’s still fucking great but it’s Top 20 rather than Top 5 like the other too.

The Wonder Years, too. I wasn’t hugely into the last album but figured it was one of those transitional albums as a band discovers who and what they are outside of the genre they’ve been pigeonholed in. But Sister Cities is just plodding and self-indulgent and a banger-vortex.

I’m confused that Kanye has not been named in this thread yet (unless I missed it, “Ye” is too short a term to search for).

On first listen to me it felt really half-life baked - like a bunch of demos that were a starting point that the singer mumbled some improvised lyrics over and they couldn’t be bothered working on.

But I actually really like it. It has a couple of tracks that are very close to late 60s/early 70s (psyche?) rock - like Catherine Ribeiro, that aren’t really my thing but the rest feels like a sort of Nico does dystopian 80s electronica vibe.

It definitely feels less formed than the first album and the E.P. it’s just I happen to like the vibe.

wow - i think it’s up there with Honeybear for me, massive return to form after Pure Comedy

Yep this. Could not get on with Pure Comedy at all.

No idea what you’re talking about. The Smashing Pumpkins split up in 2000 and never reformed.