And no club managers of League 3 Shitfield Town or bassist in skinny fat guy indie band X, they’re not famous and you know it.

Flylo and Fox are kind of on the record as being really antisocial and not having much confidence or many friends, so I imagine we’d have a lot to chat about there, plus the weed would be exceptional.

No idea why Brad Pitt and Kate Winslet tho, just a hunch. Winslet kind of reminds me of a lass who used to drink in this bar I worked in and she was a lot of fun to hang out with.

Chris Pratt is the guy you call on a Friday night when you need to get drunk and walk over a parked car on the way home to get over a break up.

Even after Winslet was cancelled for saying Polanski and Allen’s art was all she cared about (or something like that)?

I can imagine the likes of
Charlotte Church
Michael Sheen
Martin Freeman
all sound like they’re pretty right-on types who you wouldn’t have a huge screaming match with.

I’d probably end up in a massive argument with Chris Pratt over his love of hunting animals, TBH.

Idris Elba would probably be cool for a pint unless I made the mistake of getting drunk enough to take the piss out of his DJ name.

Didn’t know that about Polanski.

Far as Pratt, he only hunts what he can eat doesn’t he? So in a way he’s better than any meat eating friend who doesn’t hunt his own food.

I mean it’s a bit of an ambush of a question buried in a big puff interview for the NYT I guess:

Did the allegations against Woody Allen give you pause?

Of course one thinks about it. But at the same time, I didn’t know Woody and I don’t know anything about that family. As the actor in the film, you just have to step away and say, I don’t know anything, really, and whether any of it is true or false. Having thought it all through, you put it to one side and just work with the person. Woody Allen is an incredible director. So is Roman Polanski. I had an extraordinary working experience with both of those men, and that’s the truth. 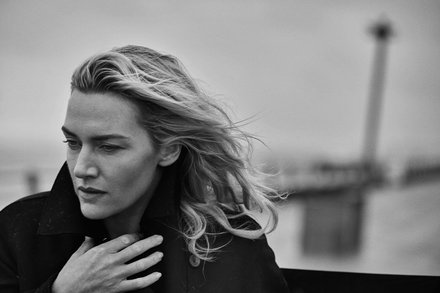 The actress talks about working With Woody Allen on the ’50s period piece “Wonder Wheel” and filming at freezing heights for “The Mountain Between Us.”

But it’s not exactly cool…

As for Pratt. Dunno, I don’t really feel the whole “if you can face killing it you’re better than a meat eater who just east stuff” line. To me that just implies you’re actually a terrible person compared to being someone who doesn’t want to face realities, which is more human. I mean unless Chris Pratt is routinely starving and it’s the only way he can feed himself, the fact he’s eating the animals he kills doesn’t make him going out to kill them better.

To be clear on the Winslet thing, it’s pre-Weinstein so there wasn’t quite the sense that you could be honest out there maybe but also it can be read as fairly circumspect. We can’t forget that taking a stand on these two directors is pretty much saying, “Don’t hire me again,” so on that level it’s not exactly the endorsement that other outlets were implying IMO.

In summary, famous people are awful

in fact people in general are awful

sit by yourself in the darkness and drink - you awful person!

Thom Yorke -
A bit obvious, but all signs point to him being a decent human. My sister in law used to teach his son…she didn’t really know he was famous but always confirmed he was very down to earth and sincere. Plus that video he did a few years back (with Nigel Godrich), answering teen’s questions about love, was very sweet.

John Grant-
Just seems like an all round lovely, warm person…who has been through enough to be very empathetic. He’s also clearly got faults, but they’re very open for people to see. It helps that anyone who speaks about him says he’s fantastic.

I’ll think of others as I go

I’ve met Brad Pitt, he was disarmingly friendly and a lot more interested in English football than I would have assumed

Should have been clearer, this is a thread for famous people you think you’d get on with, not famous people you like/think are good people necessarily. So I’m sure there are people at work or relatives you have who you don’t necessarily think are brilliant people but for whatever reason you can pass a relaxing couple hours with them over a pint before not seeing them again for a year or whatnot.

Like I think Tom Waits is cool as fuck and obviously an ATD (as far as I know) but I know I probably wouldn’t get on with him because I’m awkward as fuck and can barely mumble anything to people I’m socially intimidated by.

@PaintyCanNed I totally forgot about that

I dunno about the ethics of hunting really, I figure if he’s killing stuff we’ve got too many of anyway, like deers, then in some roundabout way it’s more acceptable but I haven’t thought much about why I think this way, and of course there are too many deers because we murdered all the wolves/lynx/bears/mountain lions.

Hmmm…if we rewild the forests we get to see lynx and wolves in America and the UK again while also saving Chris Pratt’s soul. Solved!

Guy Garvey - always seems to be a genuinely lovely bloke. I’d have a word about the recent albums though

I reckn Tom Hanks would be cracking company

Guy Garvey - always seems to be a genuinely lovely bloke

Yes, totally with you.

I’d have a word about the recent albums though

Me too. I’d say I’ve really enjoyed them.

Miriam Margoyles. We’d have the most fantastically oversharey conversations.

Prince Charles, could probe my just discuss the environmental stuff for a bit