WRITTEN AND RECORDED
August 31st to Dec. 6th, 2016 in the same room where Geneviève died, using mostly her instruments, her guitar, her bass, her pick, her amp, her old family accordion, writing the words on her paper, looking out the same window.
Why share this much? Why open up like this? Why tell you, stranger, about these personal moments, the devastation and the hanging love? Our little family bubble was so sacred for so long. We carefully held it behind a curtain of privacy when we’d go out and do our art and music selves, too special to share, especially in our hyper-shared imbalanced times. Then we had a baby and this barrier felt even more important. (I still don’t want to tell you our daughter’s name.) Then in May 2015 they told us Geneviève had a surprise bad cancer, advanced pancreatic, and the ground opened up. What matters now? we thought. Then on July 9th 2016 she died at home and I belonged to nobody anymore. My internal moments felt like public property. The idea that I could have a self or personal preferences or songs eroded down into an absurd old idea leftover from a more self-indulgent time before I was a hospital-driver, a caregiver, a child-raiser, a griever. I am open now, and these songs poured out quickly in the fall, watching the days grey over and watching the neighbors across the alley tear down and rebuild their house. I make these songs and put them out into the world just to multiply my voice saying that I love her. I want it known.
“Death Is Real” could be the name of this album. These cold mechanics of sickness and loss are real and inescapable, and can bring an alienating, detached sharpness. But it is not the thing I want to remember. A crow did look at me. There is an echo of Geneviève that still rings, a reminder of the love and infinity beneath all of this obliteration. That’s why.

Fucking floored by first listen to the opener. Brutally simple and open.

Agreed. There’s been a handful of exceptional albums that deal with loss and grief in recent years (‘Carrie & Lowell’ and ‘Skeleton Tree’ spring to mind) and this looks like it will be no exception.

You can hear his track Crow here also: http://www.tinymixtapes.com/chocolate-grinder/listen-mount-eerie-crow

Based on these two tracks it’s going to be an incredibly intimate and heartbreaking collection of songs, that I feel privileged that he’s willing to share with the world.

Thanks for the link, hadn’t caught that. I think this album will be quite difficult to listen to.

Will listen to the album with interest but I wish that shit up top hadn’t happened and it didn’t have to exist. 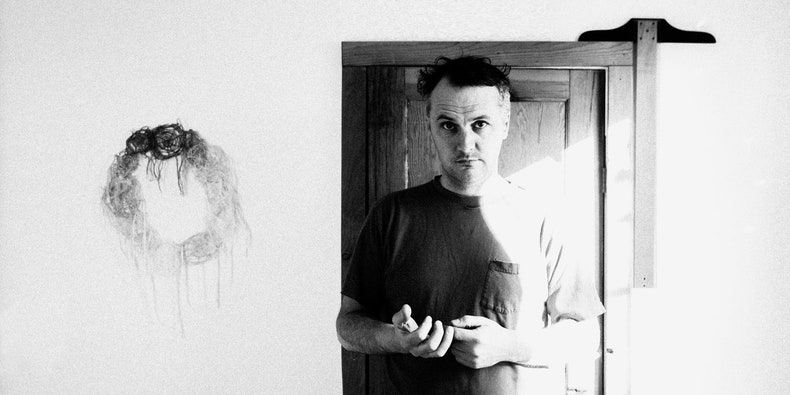 A day in the life of the singer-songwriter following the death of his wife, Geneviève.

After the first listen I think it’s a fantastic album, and probably one of the saddest I’ve heard in quite some time. It’s tough going.

I’d rather it didn’t exist, but after the tragedy that happened I’m glad that this came out of it. I hope that in some way the album/the reaction to the album will help the Elverums.

This NRP stream has such a beautifully articulated write up/review with it, really great writing.

When Phil’s voice goes at the end of one of the tracks it’s almost too much to handle.

Hard to judge this. Musically it’s one of his least interesting releases under any guise and nearly all of the songs have nothing to them, but that’s not really the point of it I guess

Really strongly disagree with this (I think) - it’s incredibly spare, but I think that’s very much intentional. His weird playing style and layering of rhythms is still there, just pushed to the background, and the songs are really stripped back so as to not drown out the lyrics which are supposed to be totally front and centre.

Can’t see how it would have worked in any other style, really. Unless I’ve misunderstood what you mean by the songs ‘having nothing to them’ - would be interested to hear more about what you mean.

is it? anyway, i’ve just banged on lost wisdom and it’s still one of the best records ever

Listened to this album. It is amazing. I don’t think I can ever listen to it again.