Inspired by the Guardian article on the Britpop revival… 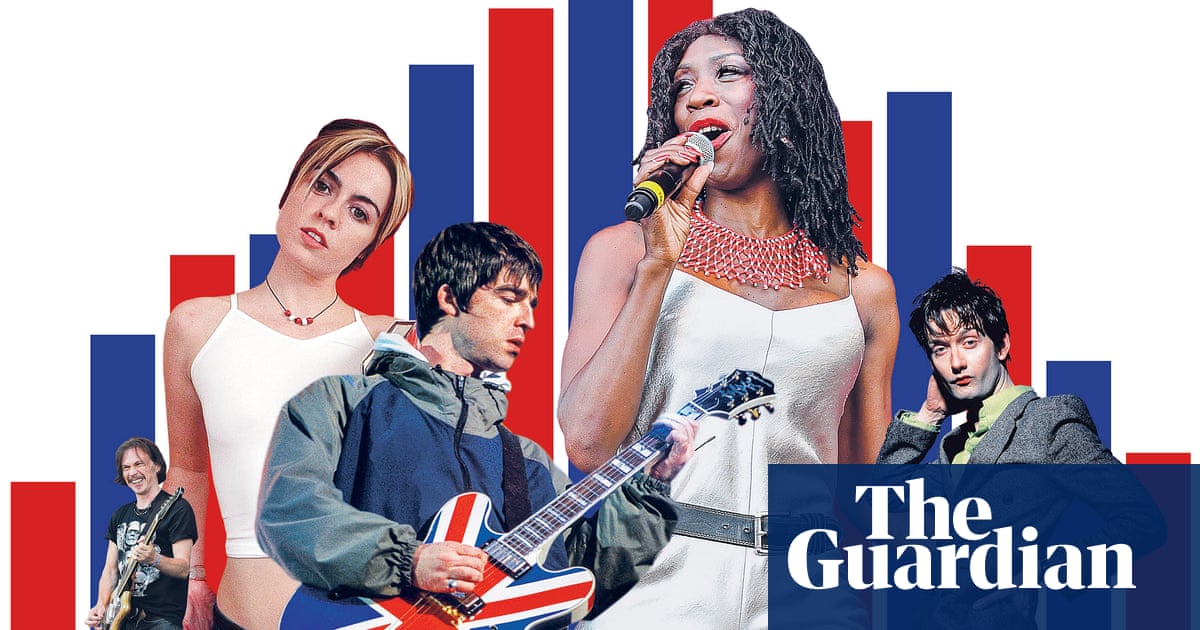 Britpop is back! What's behind the 90s music revival?

This summer’s Cool Britannia festival showed there is a huge appetite for re-formed 90s bands, including the Bluetones, Echobelly and Sleeper. Was the music really that good – or do people just want nostalgia during uncertain times?

…and then reading this… Why do your musical tastes get frozen over in your twenties? | Aeon Essays

One grim day (when youth is over) you find that new music gets on your nerves. But why do our musical tastes freeze over?

I have definitely noticed this in myself - I’m still a pretty active gig goer (even post child I’d say I’m averaging one every two weeks, before that one or two a week) but the bands I’m watching now are more likely to be well established if not legacy acts. When I was in my twenties I was more inclined to go and see a band on the strength of a single, or a recommendation than I am today. I thought it might have been a product of environment - playing in a band, involved in local scene, putting on shows so more inclined to take a chance compared to now where I’m tired all the time and working a more responsible job and have less free time for that kind of night. I’m glad I still find watching a band exciting and when I discover something new that I like I tend to REALLY like it but feel like I’m more interested in quality than quantity of music consumed now…or is that what ALL old bastards tell themselves?

For those over or approaching 30, has your ability to enjoy new music diminished? Do you find more excitement in older acts than newer ones?

how is this possible

What’s behind the 90s music revival?

Oh it says that in the next bit.

Nostalgia and that 20 year cyclical shit.

A wife with similar taste / interests and parents who live 20 minutes away and are still in the honeymoon stage for babysitting. Oh and we’re both happy to go to gigs on our own if we need to!

I have a new wee story but I am too ashamed to even post it (didn’t wee myself or desecrate anything). That is staying in the locker for a while.

has your ability to enjoy new music diminished?

Probably listening to more music, from a variety of genres, than I ever have before tbh. Finding a few blogs and Twitter accounts that specialise in that niche helps and having a commute that is an hour each way helps to consume music.

Averaging about a gig every 6 months though. Circumstances change and my enthusiasm to waste an entire evening on something that I may not like has hugely diminished. 2008-2012, I averaged about a gig every 4 days or so, and travelled a long way to see some of them. But I’ve been to maybe 7 gigs since 2014, so not too bothered by live music now (unless it’s Low).

I think it’s increased for me and I feel lucky for it, and a big part of it is this place. My top ten for this year at this point consists entirely of bands I’d never listened to before or heard of (with the exceptions of Parquet Courts and Yo La Tengo, and I had somehow avoided listening to a Yo La Tengo album until 2 years ago). I’m 36, for what it’s worth.

I definitely find more excitement in newer acts in general, though I really look forward to releases by a few older ones who are still operating at a high level and / or still pushing themselves (The Smashing Pumpkins, Afghan Whigs, Modest Mouse, the National, and Radiohead for instance).

I have a new wee story but I am too ashamed to even post it (didn’t wee myself or desecrate anything). That is staying in the locker for a while.

Still enjoy plenty of new music. It’s like any other hobby/interest: you need to make time for it if you care. Spotify and its non-unionised Mexican equivalents make this way, way easier than it used to be, too.

Can rarely be arsed going to gigs now, though. I basically only go to things at the venue that’s 7 minutes walk from my front door, so moving to somewhere that’s a whole 20 minutes walk from that venue will probably knock that on the head.

Last FM tells me I listen to roughly half as much music as I did ten years ago. Which is a shame.

However, going back back to having a proper office job where I can listen to music at work has been really nice. As I’ve droned in about repeatedly over on the music board, I’ve also drawn a pretty tight box around how I use Spotify, so rather than listening to everything once or twice I now invest time in fewer records and get more out of them.

But it’s also partly cos I’m in London and not living with my partner. She’s didn’t really get on with me playing music and as we had a small flat it was difficult to find time and space to listen at home. Now it’s not uncommon for me to listen to two compete albums before I even leave for work. Be interesting to see how that goes when I move back.

Rarely go to shows now but that’s mainly cos London ones are all too far way from where I live and run too late on weeknights and I cba. Gonna try and go to at least one a month for the remaining time I’m here though.

i had this feeling a few years ago, i noticed i wasn’t really listening to any new bands anymore, the stuff i was checking out i was always either new albums by established bands or old albums from previous decades i’d never heard, couldn’t really imagine becoming interested in brand new stuff in the same way anymore.

can confirm that phase didn’t really last though and i’ve got into plenty of new bands since. was an interesting glimpse into my future though

i’ve been bookmarking stuff on bandcamp flat out lately to listen to at work, very enjoyable going down various avenues and almost overwhelming how much stuff i’ve got queued up at the minute.

don’t really keep up with brand new weekly releases every single week like a lot of people on here though, don’t know how you fit that in to such a degree alongside listening to your existing music and all that.

also still go to as many gigs as possible generally, tend to feel like gigs are what my calendar is based around. just recently started thinking of the idea of relaxing the gig going a bit but i still find it a bit hard feeling like you’re missing out

For those over or approaching 30, has your ability to enjoy new music diminished? Do you find more excitement in older acts than newer ones?

28 - yeah, basically. feel a lot more jaded with the world in general though, so probably just a prolonged symptom of depression.

From age 12-21 I’d buy music every week if I had the money, would go to at least a gig a week, would download back catalogues of older artists, jump on new releases, read music blogs, was a member of what.cd, even ran my own clubnight putting bands on and djing. As soon as I started working, pretty much, I found I didn’t really have the energy to go to gigs anymore, and stopped listening to new stuff almost completely. basically only listened to 6music and old favourites. and thats kind of where I’m at today.

I’m a mere 27, does that count as approaching 30? Anyway, still getting into lorra music. It’s fun to find new genres and try to crack into their riches. I do miss the days when all my pals were also doing so, though. The music board helps, especially the Friday releases thread. Also I just started working from home and have listening to about four albums a day since that happens. It’s great!

I’m not buying as much though.

I try not to listen to too much new music in case it stops me from making my own music either for fear of ripping someone else off or because I find something so good it depresses me.

My ability to enjoy new music diminished as soon as I left uni.

I’m 34 and i listen to more new music now than i ever did. Had a real slump in about 2011 when I didnt like anything new coming out, but ever since then ive been listening to anything and everything. It helped moving to Brighton and living within five minutes walk from one of the best record shops in the country (Resident obv), and also getting a job with two hours of commuting every day, basically two hours a day of listening to music.
Dont go to any gigs anymore, theyre just too expensive and loud (i have bad ears). Also i have a toddler, but really we’d stopped going to gigs long before she turned up…