MtftSB: The Good Ship is closing 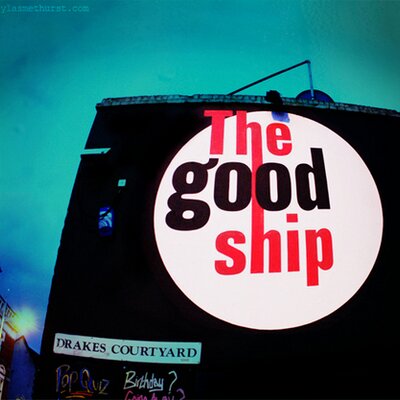 Sorry to say that The Good Ship is closing for good on 29th October. Please help us to go out with a bang starting with the comedy tonight.x

Yet another cheap London gig venue to close then.

It was probably inevitable as the centre of gravity of the city’s live music scene shifts eastwards and the local council target late opening bars for closure, but I saw a lot of good bands there over the years, as well as putting on events at the venue ourselves.

What were your favourites?

I think mine would still be gayagainstyou about ten years ago. That was great.

good opportunity for them and @Mick_Squalor to patch up their differences and put on a Dingus Khan reunion show for the final night?

I was just trying to find that thread.

Musicians Never Play At The Good Ship In Kilburn

Going to kick a dog out of respect on October 29th.

i remember someone telling me that when drinking in kilburn it was open a couple of hours later than everywhere else, i wonder if that’s still the case - if not that would probably explain part of their demise

When I used to do gigs, the promoter at The Good Ship was easily, EASILY the best promoter I played for. Was John his name? Whatever it was - he was one of the good guys.

Shame it’s closing but I’m amazed the venue’s lasted as long as it has with its layout. Fair play.

Yeah, John was a fucking hero.

They’re closing because they had their hours cut late last year and it’s pushed them away from being viable any more. Real shame

We played our first gig (look at us now!) and I remember them (that guy John I think) being pretty great and helpful.

Yeah, they opened later than other bars on the high road, which kept their head above water. There were issues with the council about the late licence, and once that had gone, then it was seemingly inevitable.

I wonder if Titus Bramble enjoyed it

Take it no-one mentioning the notion it was open later than anywhere else on Kilburn High Road fancied taking on a lock-in at the Sir Colin Campbell (as it was) then.

Musicians Never Play At The Good Ship In Kilburn

i say, lets go and speak to the manager, he tries to leave again. I put my hand on his chest, look him in the eye, and say ‘Dont you fuck us, not tonight’

’m amazed the venue’s lasted as long as it has with its layout.

I never thought that ‘pit’ or whatever below ground level where the bands played was the best layout personally. Either to play in or watch from. Appreciate this may be a minority view.

Quite sad about this, as above John bent over backwards and was always willing to put on something different when we put nights on there many moons ago. The council have been on their back for a while thanks to trouble taking place in the smoking area outside (largely people who were hanging around and not actually in attendance in TGS itself) so it’s not a surprise but still - that area was quite lively for a good while with the Luminaire, Power and Good Ship. Now they’re all gone.