i’d never heard of these before today, seems to be an outrageously bizarre/lucrative business 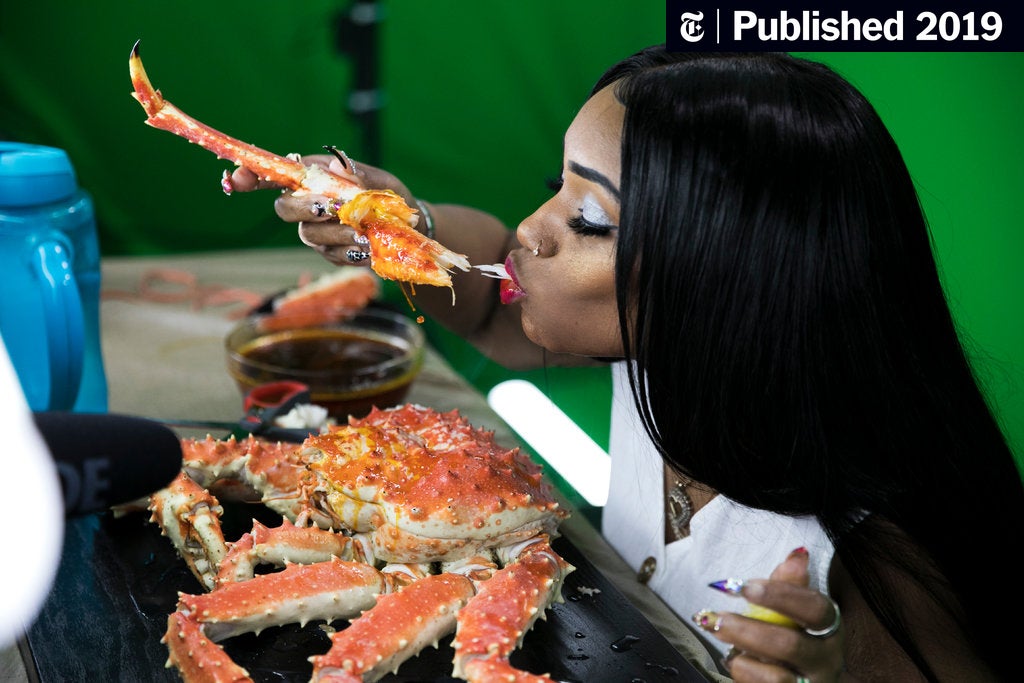 Bethany Gaskin Is the Queen of Eating Shellfish Online (Published 2019)

Bethany Gaskin is an American mukbang star. Eating giant crab legs for YouTube has made her a millionaire, she says.

are any of you perverts watching people smashing food into their gobs for fun? @fuzzydunlop to thread obviously

My wife fucking loves these videos. The ones where they eat fried chicken and that mainly, not so much the live octopus ones.

i’ve watched lots of mukbang videos in my time

does she watch them when she’s also eating? or as is suggested in that article, to suppress her own apetite?

Think she just likes looking at the food, and she doesn’t watch them while eating, so the second one I guess.

do the people in the videos deliberately “ham it up” in the way they eat? like are they deliberately trying to make as much noise as possible? what makes a good video?

what’re you into jukey? folk wiring into spaghetti hoops and toast?

I don’t understand anything about anything. Yeah, they chew really elaborately and directly into the microphone. It’s funny when sometimes a squid or whatever jumps on their face. aye i think my feelings on them were covered up there… It all sounds rather revolting.