Searched for a thread similar to this but couldn’t find one, SO

I have a friend - not a close friend, but also someone I like enough to be emotionally invested in their not being robbed blind - who has been financially battered by the pandemic. Fell through the cracks of all the various support schemes and as a result is in debt to the tune of about a year’s earnings.

Out of desperation they have gotten involved in something which is unequivocally a pyramid scheme and quite possibly a Ponzi scheme dressed up as a way to make money on the Forex markets. Obviously I told them immediately that something was up, as did a mutual friend who’s worked in finance - with the attendant qualifications - for over a decade, and all we’re getting are replies which (I think) have been supplied by the company themselves.

They claim they phoned the FCC to verify this company’s legitimacy which I straight up do not believe for a second. It all sounds like copy-paste “Why This Isn’t A Scam” talking points to me.

Has anyone been in this situation and successfully talked someone out of a potentially ruinous mistake? Have you been involved yourself? Am I being completely unreasonable and should I just let this person make their own mistakes? Interested to hear what DiS has to say on this topic.

My wife has lots of people on her Facebook get involved in this stuff, not close friends but old school mates, second cousins etc… in some cases she’s bought stuff (make up, leggings) out of a sense of obligation, which is part of how the social selling model works, but ultimately its the people who’ve bought in who suffer, wasting money on stock, only able to recoup investment by recruiting others etc. It’s grim and pretty transparent from the outside, but obviously tempting for lots of people (and very gendered in its usual targeting).

Don’t have a lot of advice except to try and provide this person with resources to show them the issue, there must be discussion of this company on the wider market laying bare what they do, Ultimately people can make their own mistakes though, as sad as it is.

There is a huge warning on the FCA website about this organisation which I’ve sent him.

I should point out that the FCC and SECC are not the same thing and that this fictional conversation he had with them must have been very short, but he’s extremely insecure about his own intelligence and so I’m trying to be as sensitive as possible about the way I approach this and not come off as unduly patronising.

Like HYG, I know people who have been involved in the milder end of this - from greetings cards to make-up to Jamie Oliver kitchen gadgets. Oh and the Utility Warehouse.

I don’t know how far you’ll get, but if you have a bad gut feeling about this and you are concerned for him, then it’d be worth broaching the subject. It’d also be worth having some help at hand to help him ‘get out’ of this if he wants to. Citizens Advice Bureau seems like a sensible place to start.

Thanks, that’s a good shout. Maybe that’s the tack - “I’m sure you know what you’re doing, but if you’re worried at any point here’s somewhere you can turn”

Had 2 friends (a couple) get involved in an MLM scheme which involved selling aloe vera products to their pals. They went on these huge corporate training weekends and had loads of buzzwords about being an ‘entrepreneur’, ‘being your own boss’ all the usual stuff. It really shocked our group of mutual friends as they didn’t seem the type to believe this sort of stuff. They did invite us to Skype for a ‘business meeting’ at one point which was a bit confusing because we were hoping to Skype just for a general chat and catch up. Things were awkward for a while when we said no. We also found ourselves unsure about whether we should raise our concerns and how we should do that.

Thankfully (in the long run) it didn’t work out for them and now they’re both working normal (and good) jobs. I don’t think they invested too much of their own money in it thank god.

Edit: Actually I remember feeling a little pissed off for a while too because I wondered if they knew it was dodgy but they were trying to ‘get in early’ and exploit their friends.

My first ever job interview was for one about ten years ago, they got me out on the streets doing door to door sales for the interview (in the snow, in my humble appropriation of a smart interview outfit which included some high heels i didn’t know how to wear) and I didn’t come back. I think I learned it was sus, partially through posting on here and getting advice and my own research online, I guess sending your friend resources to read and asking them to just have a look with no pressure to act on it might help

Yeah these are extremely common nowadays. Youtube is full of exposés, horror stories, etc etc. The most troubling thing about this for me is that not only do people get themselves in even more shit because they’re investing their own money in products they need to flog, but every social interaction becomes primed as a sales pitch which pushes away friends and family.

MLM aren’t actually classed as illegitimate (yet), or else Avon wouldn’t still be knocking around.

This is a decent podcast about them, season 1 (it is so far, I’ve not listened to that many) 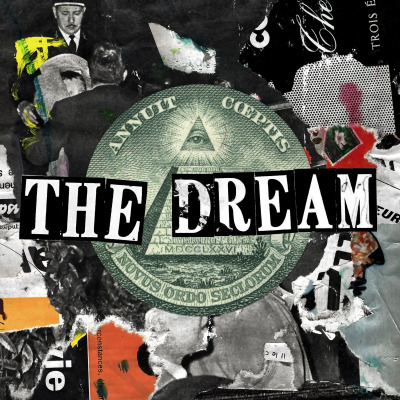 In Season 2 we look at a world just as shady and mysterious as MLMs, but one whose promises are at times even more bombastic and unfathomable: WELLNESS. What is it? Who sells it? And will it bring you eternal happiness…and, perhaps, eternal life?...

I was just about to post this, really made me understand how manipulative and exploitative they are

had a euphoric night of planning to become rich through shopify dropshipping at the lowest point of the first lockdown, glad I was too lazy the next day

To be honest I don’t even think MLM is bad per se, it’s just a system through which dodgy stuff can so easily be facilitated. And I am certain this particular scheme is dodgy as hell; it has all the red flags of a ponzi scheme underneath the initial MLM stuff

I know someone who was selling those dodgy Aloe Vera products, after having been very good at other MLMs in the past. As said above its largely built out of exploiting friends/family who buy cheap stuff out of politeness.

They started selling expensive supplements to their sick diabetic mother, despite the fact that the supplement products are full of sugar. I also heard at one of their Aloe Vera parties people with cancer were paying hand over fist for bullshit medical cures.

I think they genuinely believed that Aloe Vera cures were the future of medicine and that pharmaceutical companies wanted to keep a lid on them, but was tied with a desire to make some quick money

A good get rich quick scheme is flipping stuff on eBay. At the last UK solar eclipse in 2014 I knew a fella who paid off his mortgage selling paper eclipse glasses for £10 a pop. He’d also always be buying random stuff from Argos like 10 drills, Wii U figurines ect

I think Facebook marketplace is a goldmine too, if you can be bothered to deal with some of the strangest people you’ll meet in your life.

I’m in the middle of moving to a smaller flat so we’ve had to have a brutal clear-out and the combination of needing a quick sale and wanting people to come and collect the items in person means I’ve sold a TV and a physically damaged (but functional) iPhone for a fraction of their likely value. Alway to people who, I have no doubt, spend most of their day hunting for under-valued items on Facebook, collect them, repair them if necessary, and then sell them on for a profit.

I just always go back to the line that if it was so good everyone would be doing it.

Honestly, the ROI that this guy believes he’s going to get is so good that if this scheme was even remotely legit it would be the most famous investment company in the world.

I said upthread this guy was insecure about his own intelligence and I wanted to approach it sensitively; when I got frustrated and said outright that it sounded like a Ponzi scheme, he said “It’s not a ponzi scheme because…” and then described a ponzi scheme. Just a complete lack of critical thinking.

I can say in good conscience that I’ve done all I can. I understand that there is an element of “how much did you understand” when these things go to court, and in that regard I really hope he’s as in over his head as he seems.

my big sister was doing Neal’s Yard stuff last time I checked. sadly, she’s always been really suggestible, even though she has a Masters in pharmacology.

Even though I know this refers to Neal’s Yard Remedies and not the eponymous cheese shop, I’d like to imagine your big sister trying to sell pieces of Tymsboro to unsuspecting Facebook friends.

Now that’s a pyramid scheme we can all get behind. 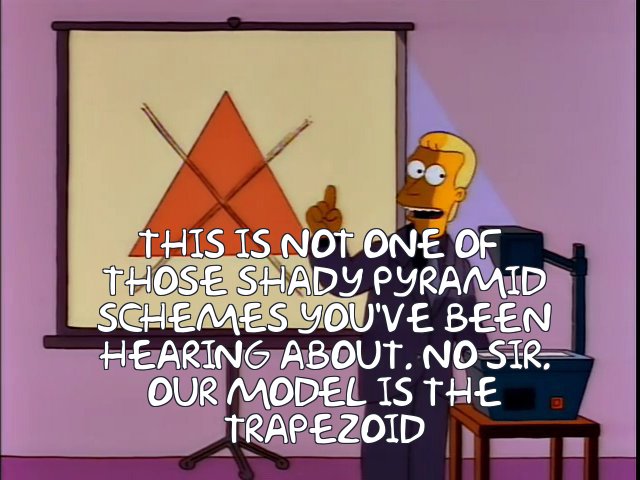