I get you. I actually think I’m playing one of them so hopefully it’s the one you’d give points to.

I’ve done @Kovacs77 a serious disservice here and can only apologise.

Friendship with @TAFH33 over. Kovacs is friend now.

By the way, the hype around the new Fireworks album is warranted. The first song is oddly shouty compared to the rest, so don’t let it fool you, the rest is much more Arcade Fire, Foxing and generally well paced Americana indie. 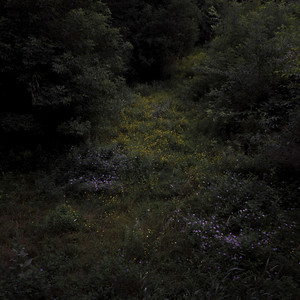 Yeah I was surprised by that too, wonderful song/band imo

Yeah I went and checked the album out after hearing your nomination, had to double check if I’d got the right band when the first track started! Been playing it pretty much nonstop since then, fantastic album, they’re one of those bands that reminds me of loads of other bands while never sounding exactly like them. Good pick!

is there anything more annoying in ML than people discussing how awfully their track did while scoring a good few points better that you?

i love that Geese album and have been wanting to play them for a while, think the brass outro is especially good. But ah well, clearly was a poor call - literally only above the comedy song and abusers smh

Also to those wondering, that Big Thief song is a bit of an outlier as while they’ve had folky flourishes, this is the first and currently only time they’ve gone outright Country, so Spud Infinity isn’t really reflective of the rest of the album or their sound (and is a million miles away from their heavier stuff, like ‘Not’) but isn’t out of place either as they have quite the range

Feel I need to explain that I voted for that combination pizza hut song before the abuse chat! Shame, as I enjoyed that song, but very much don’t condone that behaviour.

question for the pedants, is a volunteer role that isn’t an occupation as such count?

I don’t know much Iceage, but couldn’t really get on with his voice on this track unfortunately. Sounded to me like the arrangement was too slow for him and he was plodding through it. Just my take obviously…

Caught between two songs by the same artist, one a very technical job title and one that’s quite funny. Want to play the funny one but think the other song is better.

I quite liked that Geese track fwiw, but there were more good tracks than points to dish out

i think they do full country a few other times on that album with Blue Lightning and Red Moon (and all three are some of the peaks, for me)

true but that’s what, three tracks out of 18 and they hadn’t gone that full-blown previously

hey, don’t be saying stuff like “one and only time” around pedants

As you know I generally stop paying attention to that album after, ooh, Little Things?

the two no votes have scared me off, changed my pick

Question from an American to UK Pedants - are kings / queens / etc. occupations?