This Round starts on Monday at 12pm
Topic - 4 word song titles.

Prizes at end of league… Playlist featuring Top 3 from every round…. 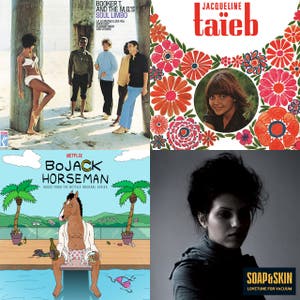 Previous league song submission can be found here if anyone want to check they are not subitting a track that has already be used before.

choice made for this one - using a fav song I should have used for a previous round, which slipped my mind until after the deadline

No idea what to submit for this one. Do words like ‘They’re’, ‘I’ll’ count as one or two words?

I would consider each of those as 1 word.

I’ve submitted something, but can see me changing my mind several times before the deadline - so many ways to go.

This is one of those rounds where I’m really enjoying my shortlist so much that it’s going to be really hard picking just one. Can’t remember the last time I had this much trouble choosing. Also I’ve added 8 songs this morning instead of narrowing things down. Have submitted the only one of my top ten I can imagine anyone else choosing just in case but definitely likely to change often over the next 24 hours.

Gone with something I’ve almost submitted a few times before, absolutely no idea how it will be received.

That’s kind of me in this round.

Words and numbers and words. Such fun!

hope some joker not me submits Four by Bloc Party

I’m torn between two choices. Which would you prefer?

What about a larger number like the Azealia Banks song 212?

Definitely not one word.

I’m torn between two choices. Which would you prefer?

Well then, something weird it is!

This is ‘my’ round, I’ve wanted to get this band in for a while but their song titles just haven’t fitted and even with a free choice was hard to think of a general topic so just did this rather unimaginative rule. Looking forward to how eclectic the playlist will be.