🎷 Music League 6 - Bob Rickerton is the greatest poster of all time! 🎷 Round 7 - A track with the word Song in it.

A track title with the word ‘Song’ in it. 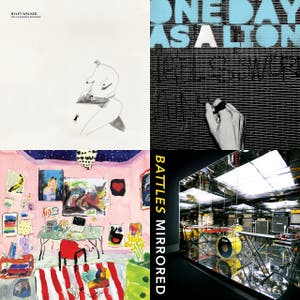 i don’t even care about getting to pick a round or any of that stuff, i just want the street cred

I’ve created a “Song Songs” playlist and there is a lot of great stuff in there. Some really obvious things, some proper cheese, some stuff that I wouldn’t dream of playing in Music League. Don’t know what to play!

I managed to be the very first submission

Bah. It looks like you didn’t go for who I was hoping you’d go for (DK), so now I’m disappointed you got your first choice!

gone for something I reckon will be very polarising

Absolutely no idea for this. For some reason the only “song” song I can think of is Earth Song, which I probably won’t play tbh.

managed to get this, at least until i panic change

Bah. It looks like you didn’t go for who I was hoping you’d go for (DK), so now I’m disappointed you got your first choice!

hmm i actually can’t think of what track you were expecting! maybe i’m not as predictable as i thought i was

Chose the only song I know and like. I feel it’s far too big to do well, though.

I was hoping for my favourite David Kitt song song.

i’ve only managed to play Kitt in his New Jackson persona so far, i should try and squeeze him in somewhere eventually

Woohoo this is my round! Chosen pretty much so I could submit a particular song song. I look forward to my 4 points

‘song’ songs was a round idea i had in the back of my mind too. considered widening it to include ‘ballad’ or ‘blues’ in the title as well