This round Starts on Friday…

A track performed in a foreign language… A good playlist AND resource 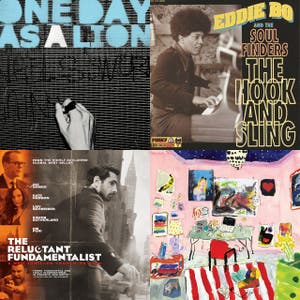 I almost want to rejoin just for this one

I think I’m going to win this round.

Edit: I was wrong.

For once, I actually have a fair few options!

Got a million possibilities for this but going to play something I’ve had in reserve for ages. It will not score well.

was gonna play an older (better) track by the band I used for the DiS Song Contest, but found a few more options since then

Have one album I’ll probably play from, but have about 4 competing tracks to pick from on there

So then does this round mean any song not sung in English, or does it mean a song where the artist is singing in a language that isn’t their first language (ie. A french person singing in English)?

I’m guessing the former, but just thought it should be clarified.

I did wonder that myself @Spen78 and I sure hope it’s the former as that’s what I’ve been working to!

I was just thinking about this - as long as the song is like … 80% non-English, I think that’s totally fine.

I still think of, say, Spanish Bombs by The Clash as being an English-language track even though it has a few lines of Spanish, so surely the reverse is true too

opposite of at it, surely

I ruled out a few tunes because of this and am gonna save them for the ‘track performed in two languages’ in ML27.

Welsh is a foreign language?

if you’re not welsh, sure

Welsh is a foreign language?

it will be when the UK’s glorious breakup arrives yes