while my violin gently weeps

good shortlist for this, but the urge to choose the huge pop banger is rising

Can’t come up with anything I like at all. Sure I’m missing some stuff, might have to choose something that’s a real stretch…

I remember listening to and really enjoying something ages ago and thinking it’d be perfect if this round ever came but cannot remember what it was. So far the shortlist is not looking good…

I remember listening to and really enjoying something ages ago and thinking it’d be perfect if this round ever came but cannot remember what it was.

I had exactly the same thing and I’ve been trying to remember what song it was for ages.

It’s finally come to me and I already submitted the song for the ‘feels like you’re in a film’ round, lol.

Honestly no idea, I assume things you do or use with an instrument doesn’t count?

Things you do definitely won’t pass the pedantry test. Things you use with them, harder to call. You mean like a plectrum, or a bow, that kind of thing?

Probably wouldn’t allow “amp” or “pedal” in my personal interpretation but not everyone is as much of a stickler as me.

Submitted. It’s going to be divisive. I bloody love it!

Stuck a placeholder in there. It’s a bloody great track, but not sure if it’ll be a popular one.

Oh I’ve remembered mine! Just listened and it’s really not going to score well but who cares.

Torn between a very unheard one that will get 1 point and a some-degree-of-being-more-heard one that is the definition of a playlist killer.

Started running scared of the pedants so changed my submission away from the one I had earmarked since the round was announced. Will it pay off?

Really struggled with this one, pretty sure it wont pass the pedantry test 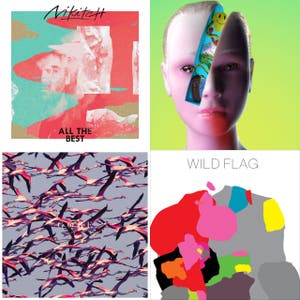 A musical instrument in title of track