Tracks which open an album but which are not on that album on Spotify?

I have a few different choices for Opening Tracks, but think I’ve settled on one which will be a marmite song I reckon.
I have also decided upon my story song and canadian artist song. not sure about dancefloor song yet, as my definition of dancefloor songs might be a bit different. I will just skip the 80s hip hop round and obviously ruin my chance at a podium, but this is the cross I must bear.

if they’re not on Spotify you won’t be able to add them anyway, will you?

Presumably it’s on a compilation but the original album isn’t on Spotify?

which are not on that album on Spotify?

suggested to me that the album is on Spotify but not with that opening track? All sounds a bit rum to me.

Not that it is in the slightest bit important, and @keith can pick what he likes as far as I’m concerned. I am not going to be pedantic enough to check every album to make sure that all picks all indeed the opening track. Unless I get really bored.

I was thinking about songs that open albums but those albums aren’t on there.

I’ve made a decision, finally. I think it’s the wrong one but I’m sticking with it.

In fairness I only twigged because a song I liked is on there but only on a compilation (turned out to be track 2 on the stupid cassette only original too).

If the track is an opener on an actual album, it doesn’t matter to me if that album isn’t on Spotify.

Mine is a) really obvious and b) won’t do particularly well but it’s probably my favourite song ever and a belter of an opener, so can’t really go for anything else.

I went for 7. When asked to pick a random number though, most people pick 7, as Numberphile demonstrated…

(Watch until about 2 minutes in). 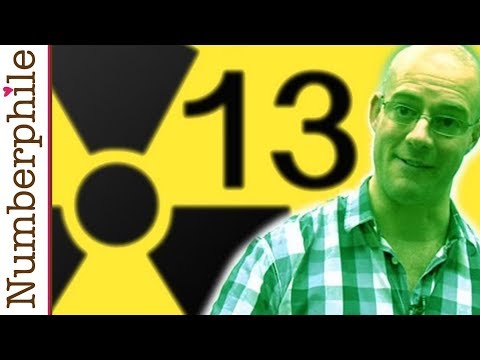 7 is seen as lucky by some people, and just in our heads as being a lucky number, possibly even a ‘favourite’ number, so that would surely have a big impact. Surprised he didn’t seem to mention that, as I imagine most people would choose based on that. Actually, Google agrees it’s the most popular too: Hopefully this has all helped @Octobadger - not long to decide now!

i’ll never get over the consensus of 7 as an answer for an AQOS question, left me fuming

Reckon track 7 is usually the best on an album, too (if not the opener). My birthday’s on the 7th which might explain why I go for it.

Thanks all. Do I go with 7 or strike it out since it was apparently disproportionately loaded with chance to win? Doesn’t help that the next place is a 3-way tie, or that all seem to be available…

Should we let discobot decide?

It is decidedly so