Hello and hi! There are so many talented people on this here message board who are fantastic musicians, or who are mega listeners with great ears and taste. What better place to ask for advice on music you’re making?

If you’ve got something you’re working on and you want a little guidance, this can be your place to ask. How do these lyrics work leading into the chorus? What’s causing this mix to not quite hit like I want? How do I get closer to making this song sound like Genesis’ classic hit Follow You, Follow Me? What can I do to make this arrangement work how I want it to? There are no bad questions, there are no bad vibes.

This should be a safe space for people to post things they’re trying to rough out. There’s no formula for asking questions, and there’s no formula for giving answers - we’re a respectful bunch and I wouldn’t anticipate anyone just jumping in and going ‘The problem with your mix is that it’s crap’! Let’s all help each other break down some walls.

In the spirit of putting my own butt on the line here, I’ve been messing around with this for a couple of months. It’s currently in instrumental form though it will have vocals. In my mind I want it to sound like '90s alt rock.

I have no monitors and so I’m using headphones for mixing (and occasionally blasting it in my car to hear it in space). Consequently I’m a bit confused about the shape of the whole mix. If anyone has any tips on what I can do to make it sound more coherent I would love to hear them! Also, have I left enough space for vocals?

This thread might be useful! Even though I lean towards a lo-fi aesthetic cause a lot of music I really like does, it’s also because I’m a bit sloppy in some respects as a producer lol

Yeah, I just figured that in the process of making music most of us will come up against questions that we could do with someone having a listen and a brief think about that could maybe help crack! This forum is super-literate in so many styles of music, and everyone’s opinion is valid and welcome.

Also if there’s anything that I can add to the OP to make it more inclusive or make the intent behind the thread clearer let me know, I’m not the greatest written communicator in the world.

sounds good to my ears, interesting sounds and arrangement, it definitely has the 90s alt rock flavour you’re going for

… without the vocals in it’s impossible to give any useful advice about the mixing as, once they’re in, the track wil be mixed around them - or should be - rather than them being plonked on top. Maybe that’s why you’re a little confused about the mix - there is no focal point until the vocals are there

it’s generally good mind, though there’s some very low frequency bass which is perhaps a bit obtrusively loud in places

biggest advice I can give when trying to judge a mix is a/b it against a reference track. I dunno what you have for reference but it made me think of Boo Radleys Lazarus a bit (once the dubby long intro has passed) 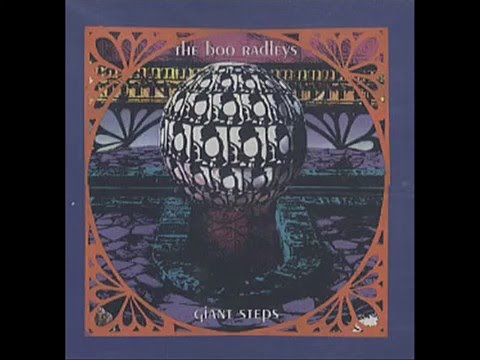 Thanks, that’s really helpful! Low bass in particular is hard for me to figure out on my setup, so that’s a great pointer. I also see what you’re saying about getting the vocals in there before really being able to assess the rest of the mix - that Boo Radleys track has given me some ideas about how to work with the vocals when I come to do them too.

yeah, bass is the trickiest bit really - even in decent rooms with decent monitors those sub frequencies can be a pain

If I were you I’d just roll off the bottom end of the whole mix with an 18dB high pass filter set around 42Hz. It’s just those really low notes that are a bit loud, not the overall volume of the bass

Are you using a spectrum analyzer at all?

Oh headphones (with a terrible soundcard too) it’s really tricky to control! I am using a spectrum analyser, which I’ve found to be very helpful for shaping things in general - I just tried the shelf you suggested and it’s taken a nice chunk out of that extreme low end while leaving the main bass frequencies intact, which should keep the punch I’m looking for (visually that is, I can’t really hear the sub on my laptop and have to mix it down and send it to my phone which paradoxically is far better at rendering low-end on headphones)

I use srh440 headphones to check rock mixes (implying that I mix anything else, which I don’t!) And find them pretty much perfect for checking for bass swamp. Cheap too. And very easy to live with on a daily basis, thus becoming super au fait with their sound.

I guess subtractive eq is also a good way to avoid wrecking a mix with lows;

“if you don’t use bonkers boost, your bassy chickens won’t come home to roost”

Can you clarify what that is? Is it where you take your existing signal and tweak downwards to tackle problem frequencies a la what BITT suggested?

Also yeah, some new headphones might be a plan for the future, though I’m quite well acclimatised to the ones I have - unfortunately it’s more my laptop’s ridiculously budget soundcard that I’m fighting I think!

Subtractive EQ as a strategy usually implies that that all/the vast majority of EQing to your mix subtracts rather than adds. So if your electric guitar (for example) is too fat and making the middle of your mix spectrum all smooshy and lacking in definition, instead of boosting high mids (or whatever you might choose), you would subtract lower down.

Personally I find that this sort of thing (basically I try to make sure that everything sounds like it actually sounds) really helps to make mixing less painful.

As BITT says; using HP to get rid of useless frequencies is a great way (particularly in rock) to make life easier. Subs off bass and kick, lows off guitars. Suddenly things start sounding more athletic and mixing is fun again!

The mix sounds super I think! Deffo a bit of bass-taming though, as it sounds quite bass-heavy on my studio spares headphones, and they are fairly bass-light. Really like it; fabulous bits of soaring/anthemic rockingness!

I’m working on my debut album and having a bit of a crisis of confidence with my vocals - currently debating whether to pay for more studio time (that I can’t really afford) to re-record the vocals. It’s only recently that I’ve started singing my own tunes and finding my own voice - I feel like it’s definitely the weak link though. Would love to get some feedback on these if possible? They’re rough mixes so no need to comment on any production aspect. Thanks in advance

That way more people will listen

Hey, thanks for that. I can’t seem to find the pen to edit the post? I can see it on this reply, but not my original post?

Well I’m on the first track and the vocals are great. Fit the vibe very well

Only you know if you can do different and that is what you want.

I can’t seem to find the pen to edit the post? I can see it on this reply, but not my original post?

I listened to Every Body

I can see how you might want to improve your singing technically but I don’t think it’s necessary at all. Your voice has character & charm & vulnerability as it is now - which, as @stickboy rightly says, suits the song

Not listened to the other songs but this one is ready for the public. Send it in to your local BBC Introducing right away

If I may be so bold as to offer a little critique however… some of the lyrics are a little clichéd/obvious rhymes etc. They’re not so bad as to spoil proceedings but if I were you I’d focus more on improving that side of things from release to release and both lyrics & voice will end up falling into place

Hey, thanks for taking a listen and the feedback, I appreciate it. I had my confidence dented by some pretty brutal comments on SubmitHub!

Hey, really appreciate this - not harsh at all. I think you’re right - get it out there and learn/improve from the process for future releases. Letting go of songs has always been a real issue for me & something I need to work on.

Hey, thanks for taking a listen and the feedback, I appreciate it. I had my confidence dented by some pretty brutal comments on SubmitHub!

its a style of music that won’t be to everyones taste so expect mixed reviews from some.

Since others have only mentioned the first song, I thought the second one was a really nice song, and to my ears the stronger of the two. Think @stickboy and @BodyInTheThames have summed up my thoughts on the vocals, so I’m really just here to say I enjoyed that song. Good luck and welcome!