Music to cry to

Apparently having a good cry to music makes you feel better. I think I agree. 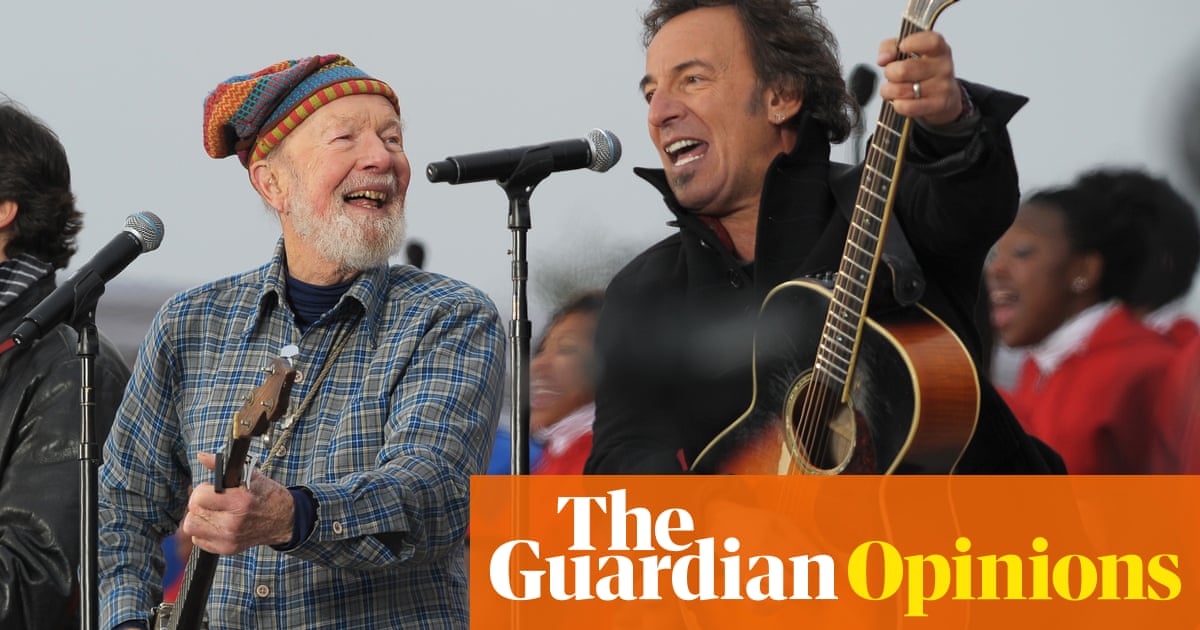 Music makes me cry my eyes out – here’s a guide to the tracks of my tears |...

Songs that induce weeping do you good, a study suggests. As a man who knows all there is to know about the crying game, I could have told you that

What brings a tear to your eye? I don’t mean because it is so bad!

For me, it’s Morrissey’s ‘I Know Very Well How I got My Name’ but I have no idea why - it’s just that ‘You think you were my first love…’ line.

Also, ‘Goodnight, Travel Well’ by The Killers, as it reminds me of my mother passing away.

Cry at TV/films all the time.

I’ve never shed a tear due to a song, maybe felt sad or upset due to memories triggered by the song but never the song itself.

I have, but only at a funeral, which doesn’t count I don’t think.

ah yeah same but it was more the occassion than the song - I’ve not cried to La Mer before or since, for example

I think that counts - the music evokes the memory. Or do you mean you’d have cried anyway - regardless of the music?

yeah, the latter: it was a friend of the deceased pouring his heart out into a piano rendition of a (frankly quite average) song that was a favourite of his.

There are some songs that get me pretty much every time.

Elbow have a habit of knocking me for six, mainly when live, but sometimes just listening at home.
Lippy Kids - the first "Nobody knew me at hoooooooome anymore"
The Birds - the first "Do they keep those final kisses / in their tiny racing hearts"
Mirrorball - only when played live. This was our first dance, which exacerbates the emotion now.

Think with those three, it’s the sentiment of the lyrics mixed with Elbow being like a massive hug, multiplied by being one of the few bands the TV really loves.

Sufjan is another who has the capacity to bowl me over, normally by delivering a starkly emotive line amidst the poetry of his lyrics. On reflection, it appears to be whenever he talks about love.
John My Beloved - "I love you more than the world can contain / In its lonely and ramshackle head"
Futile Devices - "And I would say I love you / But saying it out loud is hard / So I won’t say it at all"
The Predatory Wasp of the Palisades Is Out to Get Us! - “We were in Love! We were in Love!”

The other one which springs to mind is June Hymn by The Decemberists. This was true before it was the bridal entrance music at our wedding, and is even worse now. Dear Avery hits me hard as well actually, come to think.

I can’t believe this guy has been almost entirely ignored by DiS (this he’s been mentioned as solo artist once on the site and twice on the boards) but anyway, the first time I heard this I cried alot

definitely cried to these at various times too:

Depending on mood almost any song can set me off.

Take me somewhere nice - Mogwai (as I travelled by train through the broken post industral black country landscape).
Avalyn - Slowdive (at the Fleece in Britsol and the first time I have seen them since my teens)
King Creosote - Miserable strangers (I was drunk)

I was really hungover at the time so I think that had more baring on the occasion but this triggered me once. Holy moly.

The holistic beauty of Gravity’s Rainbow:

All kinds of shit sets me off. Not full on booing, more just welling up a bit. Most recently, the opening of the opening track of the new Jens Lekman album, the bit about Princess Diana, that’s been doing it

if i’m really drunk, i’ll sometimes well up a bit to casimir pulaski day, or 4th of july. that guy just has a way of making me really sad.
also this, cause i listened to it a lot after my grandma died

There were three songs played at my mum’s funeral. First couple of times I heard each one since then I was in tears. Now, no so much but it still takes me back.

Outside of this, nothing really.

Cried listening to The World Has Turned after . Break up (lol)

For No One by the Beatles makes me well up