Sometimes it takes a year end list or give to dig into a record or even be aware if existed.

Due to a few mentions, I went back to the Darkside record and oh yes, Nicolas Jaar has done it again. Spending this weekend revisiting and checking out a few more records that have popped up in a lorra lists.

Koreless - Agor
Despite this being right up my street I hadn’t bothered to listen to it until Bleep named it their album of the year. It’s an absolutely stunning piece of work. Reminds me of R plus 7 Oneohtrix.

Darkside for me as well. Checked it out after being posted here in the songs of the year thread.

Haven’t really trawled through listmas yet though so am sure there will be others.

Chris Corsano and Bill Orcutt - Made Out of Sound

A ramshackle collection of improvisations created from drum tracks Corsano sent to Orcutt for him to play guitar over. Really enjoying this and even though I only heard it for the first time this week, it’s already pushing my top 5 of the year

Had this on a lot earlier in the year, but as the nights creep in earlier, I’ve had it back on again recently. Wonderful album.

Given that Deafheaven went full shoegaze (decent album, still) it was nice to find a new band to annoy metalheads with. It’s not perfect (can be a bit predictable at times), but it bridges that beautiful/brutal gap nicely. 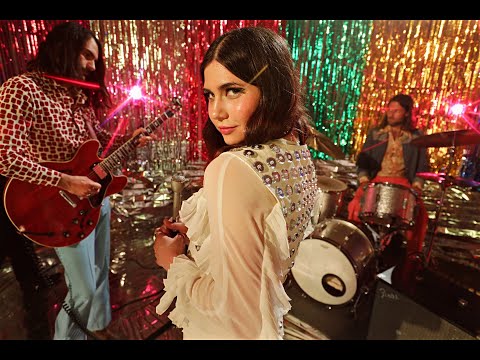 A short EP courtesy of The Quietus.

Taqbir – Victory Belongs To Those Who Fight For A Right Cause

Taqbir play exhilarating, fuzzy pogopunk, their Arabic lyrics about Islamic patriarchy belted out with stirring desperation: ‘Al-Zuki Akbar’ has a classic uberpunk bassline that bubbles like hot glue, a sassy spoken word bit and what sounds suspiciously like a few "OI!"s, while ‘Tfou 3lik’ has the same go-for-the-throat apoplexy that makes Nekra so great.

Not sure of the description ‘pogopunk’ but it’s loud, distorted and angry and great.

I thought Heaux Tales was decent when it came out in january but I’ve revisited it today on the back of a strong showing in the year-end lists and it is definitely a better record than I remembered. If you can forgive the skits and short run-time, the songs are superb.