I remember when I was a kid people said that when things are more automated we’d all work less for the same money. They’d failed to understand capitalism.

Who the fuck really knows? I don’t…

I think it would be good if it was a mixture between the scouts/guides and socially beneficial work. Young ppl helping out in an old peoples home for several month might add a bit of energy and enthusiasm. Or as things like hospital porters would give ppl good view of the different jobs in a hospital and maybe more focus of what they want to do or study.

What would be peoples hypothetical arguments against compulsory charity work…and why don’t those arguments apply to national service?

Hypothetically, i’d like the school-leaving age to go up by a year to seventeen, then for there to be some sort of compulsory year of colleage, charity work, national service or work placement…but i couldn’t tell you how it would work or be funded, etc, etc.

Because nobody i know had the slightest clue what they wanted to do at sixteen. Seems a strange age to shove people out into the working world.

everyone i knew who left school at 16 was climbing the walls. holding them back yet another year would have just made things worse for everyone involved.

Sure, because the norm is to leave at sixteen.

Most people i know defaulted onto some pointless NVQ or sixth form. A few had a clear plan or probably pushy parents, some fall by the wayside, but for (guessing) the 60% in the middle, idk.

Perhaps an alternative to this might be better careers advice. Mine pretty much consisted of someone giving me a burgundy file at about fourteen, asking me what i wanted to do and laughing at the answer, which i can’t remember.

a surprising number of people were in favour of introducing national service in the UK.

i can only imagine that the people in favour of national service have never spoken to anyone who’s done it. my dad did national service and it sounds like they all had far too good a time getting pissed and making a nuisance of themselves. imagine thinking that gathering together a large number of 18 year old dickheads and giving them guns is a good idea.

as for making everyone work in a service industry or paramedic etc for a year, i’m not really up for forcing people to take a year out of their life to do that. having known other people who’ve been called up for national service, being forced out of your job or your plans is really disruptive and i don’t really think having a load of inept teachers and nurses is really going to benefit us that much.

Macron’s really taken that kid being a bit cheeky to him to heart, huh? 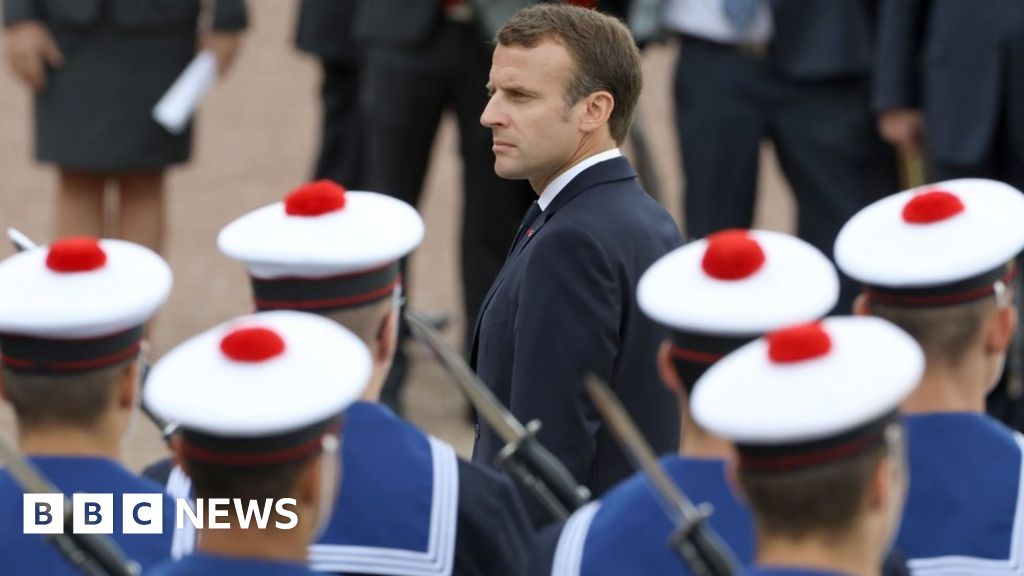 All 16-year-olds will now have to spend at least a month in civic service.

I think it would be good for the youngsters to learn some discipline and how to look after and fire a weapon. Then they can turn their guns on the government and we can have the revolution that we so sorely need.