yeah exactly. we can save it for the Springsteen listening club. Dancing In The Dark obviously is a belter.

Not my cup of tea at all. Funny, my Dad is a massive NY fan and he absolutely loves this album. Still plays it to this day.

The version on the live Crazy Horse from the early 70’s Fillmore show is great.

Everybody’s Rockin is such a weird album though, a total throwaway, which is understandable given the Geffen context, but listening to it outside that, hard to come to any other conclusion than it being pretty awful.

Mid-week poll for the playlist. However, we are only going to choose one of Everybody’s Rockin, because its a bad album.

Bit late to this, and had never heard it before this week, but bloody hell this is absolutely awful isn’t it? I admire him sticking two fingers up at the label but imagine being a fan at the time and being excited about a new album and getting this?! It quite literally has no redeemable features.

Felt like the longest 25 minutes of my life that.

I’m listening for the first time now, and I’m quite impressed at how long the songs feel.

Only on track 2, and it feels like it’s been going for aaaages.

Shit, the whole album is shorter than Drifting Back, or Ramada Inn followed by Ambulance Blues, and I’m bored already.

One thing that has spoilt Trans for me is when I listen to it I can’t help but imagine Bill Bailey doing a musical skit called “If Neil Young joined Kraftwork” and instead of picturing Neil singing, I’m picturing Bailey.

But mostly it seems like a lot of those “legacy” acts were really in a rut (maybe NY included), do you have any favourite albums of that artists era?

That would be a great separate thread. I can see me going down a rabbit hole of listening to 80s albums from 60s stars. It will be slim pickings. You mention Bowie, but he’s 70s. Someone else mentioned Springsteen, he’s also 70s (and I can’t think of many artists that had a better 80s run than The River, Nebraska, Born In The USA and Tunnel of Love, in fact I can’t think of any non-post-punk artist with a similar record)

Part of the reason for a poor return is that artists rarely keep writing for 3 decades. Musical inspiration is normally very short. It’s easier now because the type of guitar based rock/folk that we generally discuss on DIS is now a legacy genre and there is a massive middle-aged record buying public to finance it. Back in the eighties, rock was constantly progressing, and it was still largely a young-person’s market. So Bowie had to appeal to teenagers to stay successful in a way that The National don’t.

If Paul McCartney had released a record that sounded exactly like A Hard Day’s Night in 1984, well, he simply wouldn’t have done because he’d have considered it beneath him as an artist (despite releasing shit in the 80s). But Thom Yorke can release more or less the same plinky-plonk noughties EDM records for 20 or 30 years and still be considered a current artist with 8/10 Pitchfork reviews. The rules have changed. Young artists starting out now know there’s a chance they could have a 40 year career if they play their cards right, but no-one thought that starting out then. But even now, how many great artists from 2000 are still making great records 20 years later? Nick Cave, PJ Harvey, there’s a few but they’re not ground-breaking or even attempting to be current.

Of the 60s artists, Dylan, Paul Simon, Van Morrison and Lou Reed put out some good records. Although I listened to Lou Reed’s “Don’t Hurt a Woman” this morning for the first time in years and now realise it must be about his own domestic violence which makes it unlistenable to me now.

Of the pre-punk 70s artists, Bowie’s Let’s Dance is one of my favourites, helped by Nile Rogers’ influence. Ditto Fleetwood Mac’s Tango in the Night. Peter Gabriel did some great ground-breaking stuff for a prog-rocker.

The 80s production really doesn’t help though. Those terrible drums.

All right, all right onward and upward we go.

Up next: Neil goes straight up country.

Ladies and gentleman for your listening pleasure this week, I present to you.

First time listening to this and I don’t mind it. I like C&W music though.

Was amazed reading on Wiki that it credits 36 singers and musicians - that’s a big band!

Possible sub-thread, can you think of any other artists with a more diverse run of albums than Re-ac-tor > Trans >Everybody’s Rockin’ > Old Ways?

Just gave this a listen for the first time. I don’t mind straight country, but it felt very slight… Wasn’t much in the way of a standout track on the record either.

Listened to it last night - there were a few songs I thought started well but were overwhelmed by the strings. It feels like a missed opportunity because the International Harvesters were a really good band. 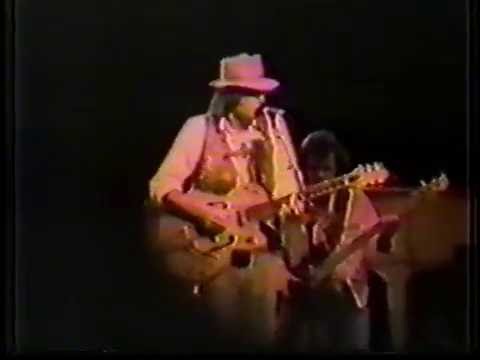 Watch Grey Riders at 56.30 on the second video.

I watch that Austin City Limits video (assuming it’s the one with Powderfinger and DBTR - not loading on my phone) every couple of weeks. It’s so good, and the IH were such a good backing band for him. Big disappointment that the official live release from that era a couple of years back downplayed their takes on the catalogue classics

It is, yeah - they’re great versions.

Think this is an Old Ways era song too: 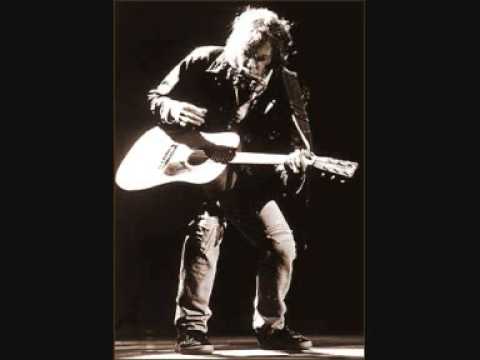 Vastly superior to anything he put on the actual album…, and, @maggieloveshopey, was also disappointingly missing from the “A Treasure” live album.

I can see me going down a rabbit hole of listening to 80s albums from 60s stars. It will be slim pickings.

Slim pickings is probably right because as you’ve it’s mostly these artists trying to keep up with the current trends from that era and how they interpreted those sounds. McCartney in particular is the perfect example and still somewhat tries to incorporate what going on in the charts into his recent albums, which erm don’t sound great at all… Think my favorite McCartney records from that decade are McCartney II (it’s not perfect but there’s some wonderful moments) and Flowers in the Dirt (Costello brings the goods).

Think the only 80s Lou Reed album I haven’t listened to is Mistrial but his most output from that more or less follows what you’ve said about Thom Yorke, both New York and The Blue Mask are just natural continuations of what his best albums had always done really.

I do like giving these albums a listen though despite the results. Whether’s Jon Mitchell’s take on New Wave with Wild Things Run Fast or Iggy Pop’s commercial efforts like Party or Blah Blah Blah, they may not be essential but there’s something curious about them.

Also apologies for the slow reply!

Iggy Pop’s commercial efforts like Party or Blah Blah Blah, they may not be essential but there’s something curious about them.

If by curious you mean absolutely terrible! I don’t rate anything he’s released after Kill City, it’s all dross.