The PG-13 rating got set up because of Temple of Doom/Gremlins didn’t it?

You have forgotten Jaws and Temple of Doom exist.

I read your post but you clearly have no idea about this.

Yeah, and they kicked off the debate about the 12 rating in the UK.

Temple of Doom is currently rated a 12.

Raiders is probably the most violent film with disturbing imagery to currently have a PG rating, I think. There’s no way that it would be given one if it came out now, when the 12/12A rating exists.

PG uncut every time since the A rating

Resubmitting a film is not the same as releasing it fresh, today.

Yeah because it’s no longer cut by 1m 6s as it was for PG, and was still responsible for far more complaints

So it’s not currently a PG then?

We used to often not get an uncut version because studios knew that while an original cut might go, something else could trigger a higher rating. Temple of Doom is an example where they’ve accepted a higher rating. That risk existed for Raiders.

There is quite a bit in BTTF and Goonies. I opted to bring up the script for the Goonies as we watched it, ctrl-f “shit”, and coughed loudly in time with the swearing. Perfectly normal and sensible method if you ask me, plus when I told them about it recently they had no idea.

Quick child swearing story: 93 til Infinity was on and they blanked out the last word ‘stop acting like a silly bitch’. The boy said why did they do that and I explained and he wanted to know the word but I wouldn’t tell him so he said ‘is it dick’?

I don’t know if I can like you anymore

Things like that bother me a lot more than swearing. I’d personally prefer a kids film had people swearing like troopers rather than being actual troopers

A million times this. Each to their own parenting and whatever but swearing in films has never put me off showing them to my kids.

I think knowing the films and what will affect different kids is the key. Showed my eldest terminator when she was eleven and she loved it but no way am I watching the abyss with her even now she is fifteen as she’s got a phobia of being trapped underwater.

There’s an exhibition on at the BFI at the moment about the series production. It’s obviously a puff piece, but it’s free, so worth popping in if you’re a fan and in the area. Theme music has been previewed… 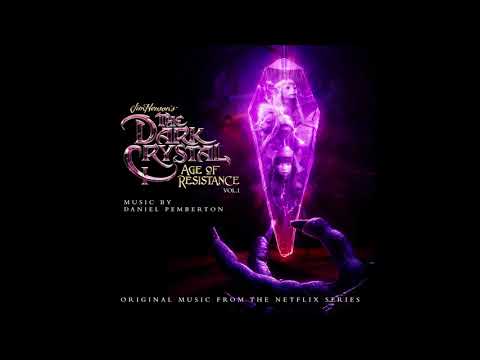 I’m surprised by this. I think the Dark Crystal Age Of resistance has gone well above my expectations. I think the story line is strong the characters are excellent and the voices are superb.
I thought because M83’s love of 80’s film and music he would be right into this!? It’s worth it for the hunter and the heretic!