never got into the last album really. this sounds decent, albeit not one of their most memorable. reminds me a bit of Enemies.

Oooh! Quite like this, glad there’s no vocals. Sounds proper summery about halfway through.

I struggled a bit with Heirs, but it’s a proper grower and I really like it now, more than All Hail Bright Futures, which has sadly only got an EPs worth of songs I actually enjoy

Fantastic band though; Gangs is an absolute masterpiece.

really liked All Hail Bright Futures when it came out as i loved the less heavy, more Tera Melos-y sound to it - but yeah it became apparent after a while but there aren’t that many good songs on it really (the good ones are brilliant though)

should maybe revisit Heirs then. the more vocals thing was a nice novelty on AHBF but i thought it got a bit tired very quickly by Heirs, hoping this track is a sign that they’ve scaled it back this time.

Big Thinks Do Remarkable, Like a Mouse, Ambulance, Mend and Make Safe = all great. I really cannot remember anything else off the album though.

Tell you what, I’ll give All Hail Bright Futures another go, if you give Heirs another spin and we’ll report back

Young Brave Minds is great too. only saw them do it live once and wanted to shout along gloriously at the end until i remembered i can’t make out the actual words.

oh wow this is the actual album cover

New song’s ok. I’ll admit I checked out a little with each release after Gangs. Everything they’ve done after that has been a little samey. Admittedly, they’re still incredible live, but the “whooooooooaaaaaaahhh” onslaught of their last record was a bit much. Not massively fussed on this cover too.

i like this, shaping up to hopefully be a bit of a return to form

Hope they bring that to London

ASIWYFA Live 10 Year Anniversary, an album by And So I Watch You from Afar on Spotify

played 3 shows in the end, i wonder if any of this is from the Friday show i went to

Beaut! Was all up for round two in Galway until they had to cancel, this will fill the gap

Gig ticket and return bus from Belfast for the Derry show on sale for £30 from shizznigh.

Decent value but I’m at Jane Weaver that night 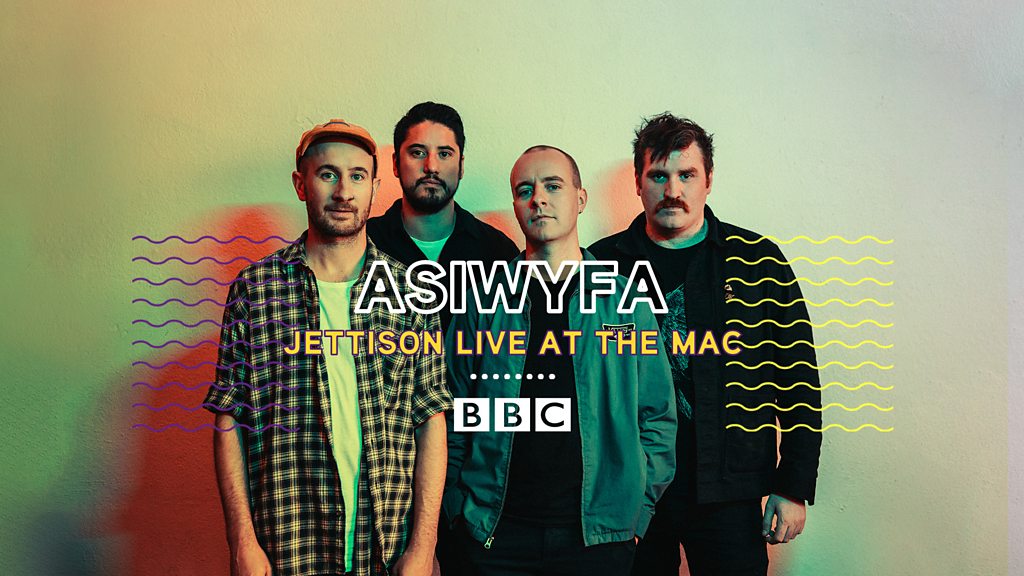 The Stephen McCauley Show - And So I Watch You From Afar’s Jettison Live at...

Stephen presents the launch of And So I Watch You From Afar's audio/visual album Jettison.

Was at this, I noticed a microphone at the front of the stage pointed towards the audience so I had a feeling it was being recorded for something