Angelic Weirdness and Dead Liquor Store are great. Think they’ve got the balance of lo-fi and their contemporary rock thang pretty good, here. Still processing the other tracks a bit though.

Warp and Woof, an album by Guided By Voices on Spotify

tell me about it.

Just checked their wiki discography - really liked August by Cake, think I listened to Space Gun once through fully and before that the last one I properly gave time to was English Little League. Which means I need to full catch up with … counting … 7 albums jesus Bobert.

Surprised GBV haven’t had an album called “Warp and Woof” before.

Not because it’s a particularly GBV phrase, just because at this point they must be running out of combinations of words for titles…

i revisited Space Gun last night. I thinkkk I like it?

It’s good different to Zeppelin Over China ( the last album, a double album that came out in Feb). Has a kind of classic GBV feel with the short , almost thrown together feel of the songs. Dead Liquor store, my angel , cohesive scoops and out of the blue race are early standouts for me.

re-listening to August By Cake… def my favourite of the ‘second reunion’. I’m trying to put together a playlist best of 2017-2019 - There’s def enough to make a decent comp! Probably more tracks in those two years than a normal band has in a career.

Hahah like an alt-world version of Huffman Prairie Flying Field

I call dibs on this

most surprising track on the album:

That’s really nice. Sounds a bit like one of those instrumental b-sides The Smiths did when Morrissey started running out of lyrics but also like the credits music on a breezy Australian teen drama.

Yeah! Like, surf muzak. Reminds me of Bossanova era Pixies.

Space Gun is pretty solid I think. Took a few listens but I reviewed it so had to devote more time to it.

Would also recommend Motivational Jumpsuit, never paid much attention to it at the time but on picking it up more recently I really like it.

New one so far very much continues the recent trend of ‘some decent tunes but patchy’, though much shorter and easier to get through than Zeppelin at least. Only on my second listen through currently though.

My Angel is the best track on there by a mile. enjoying More Reduction Linda as well 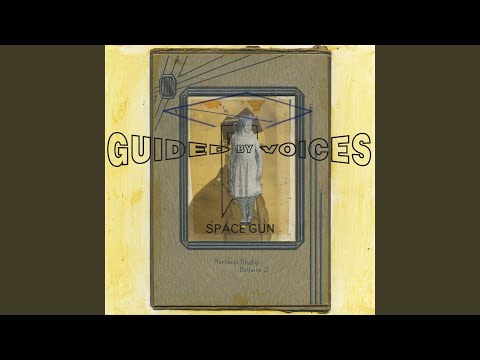 spent the weekend on this

GBV best of the Second Reunion 2017-2019, a playlist by zapoppin on Spotify

A playlist featuring Guided By Voices

My Angel is the best track on there by a mile.

actually Cohesive Scoops is much better isn’t it?

the podcast guy and the facebook group have been all over the new stuff and proclaiming it ‘the new golden age of GBV’ which i struggle to understand. especially as a lot of them are quite cold on the first reunion, which i really liked.

^ bet this is a future song title/side project name