they seemed to have had a new rebrand - it’s very formal and serious.

Don’t know where I got it from but I’m worried they feel the need to experiment with unenjoyable pseud stuff this time. As long as he keeps singing songs with humour and the dejected sighs of middle-agedness… I’m on board.

Trouble will find me is my favourite by them easily. Cautious about this one 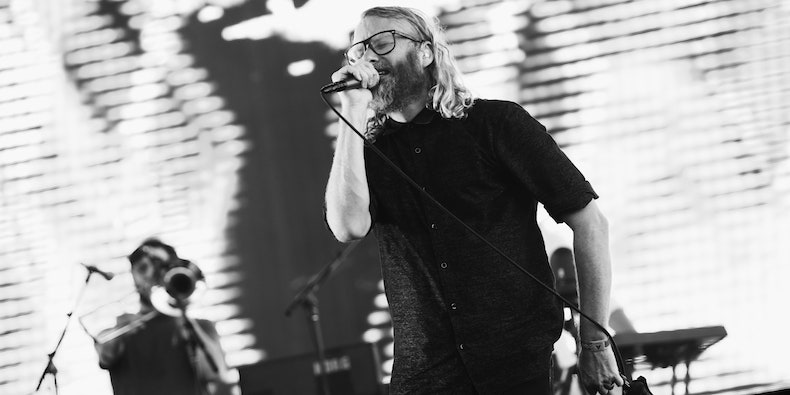 I think this sounds amazing and not much of a radical departure. I’ve now got to work out how to get to Hamburg to see them since there are no tour dates for me in Switzerland.

Pre-order for album
And tour announced, in small venues too!

Track Listing;
Nobody Else Will Be There
Day I Die
Walk It Back
The System Only Dreams In Total Darkness
Born To Beg
Turtleneck
Empire Line
I’ll Still Destroy You
Guilty Party
Carin At The Liquor Store
Dark Side Of The Gym
Sleep Well Beast

“Dark Side of the Gym” is tickling me on that track list.

Will definitely try and get to the tour, though it’s always annoys me when bands release tickets so far after payday!

The sun’s out so I thought I’d have my first coat-free day of they year… and my headphones are in my coat pocket! A tragedy on any day but now I can’t listen to this until 7:00pm tonight

Have only just signed up to the mailing list - hoping resale links etc haven’t gone out yet?

They’re at the Apollo on my birthday - got to be there!

Hmm, so BBC 6 Music have now played it three times in three hours. At first listen sounds like a bit of a hybrid between the least interesting parts of their last two albums. Probably need to give it another go.

I reckon this will be one of those albums that’s marketed as a “departure”, but really it just sounds like all their other albums.

Absolutely a good thing, in my book. New song is great.