I put in on my headphones when I turned in last night. Not sure how much I actually heard, but it was wonderful to drift off to.

Ben Frost has released his soundtrack to the Richard Mosse installation of the same name, currently showing in London at 180 Strand. Dark ambient/field recording-based sounds to accompany a film on the destruction of the Amazon, and first release from Ben Frost in a couple of years.

The new Daniel Avery is incredible, so much better than I was expecting.

Feels like a big step up - although I remember liking the last, and perhaps haven’t gone back to it enough to say. Either way, he’s class. 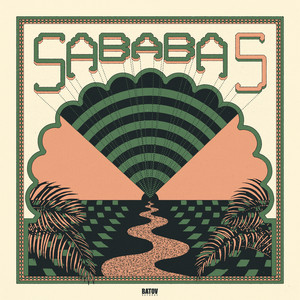 Arctic Monkeys and Dry Cleaning tied for top spot last week, Hagop Tchaparian in third. 104 new releases in the thread this week. The poll builder has a maximum of 100 items now so the last four are in a separate poll, sorry. Also, just to say that although the SAULT albums did get a mention in this thread, I have left them out of this week’s poll and will put them in next week’s instead just so it’s clearer they were November releases when it gets to album of the month reckoning time. What…

A relatively sedate 85 new releases this week (compared to the 104 we had last week). What did you like?

Just got round to this and it’s brilliant. Didn’t realise it had both Shabaka and Nubya playing together. Wish it was twice as long!

Edrix Puzzle - Coming of the Moon Dogs - LP - Cosmic Jazz
A friend of mine once told me I listen to music with too many flourishes in it, well I fully intend to torture him with this release. Infectious drums, warm bass grooves and striking sax; all with flourishes galore. I listened to it to death and never got bored, I cannot wait for this album to be toured. Fantastic.

Is it… Avery good album?

I took out three tracks from the weaker second half and enjoyed it immeasurably more.

That first half, though, is outstanding.

David Hanke - Turion - LP - Ambient
The lad from the The Motion Orchestra had a new solo release that I originally missed. Its not my usual thing but I really liked this. Sounds like a depressed Mike Oldfield.

Rahill - Sun Songs - EP - Downtempo Pop
One of the members of Habibi has a new EP out. Every track is excellent, looking forward to a full album.

If you’re a date-r*pe specialist

which just feels like a big misstep because it’s seemingly used so flippantly.