Sorry, wrong thread. Anyway, I’m currently midway through the excellent sounding new Big Thief record. After that I’ve got quite an extremely mainstream few albums lined up, Katy Perry and Phoenix, although I’m still unsure how much I can get down to an album with [that] (Phoenix - #13 by kiyonemakibi) lyric. Also on a pop vibe, it seems Allie X has some more songs out.

Beat me to it by seconds. 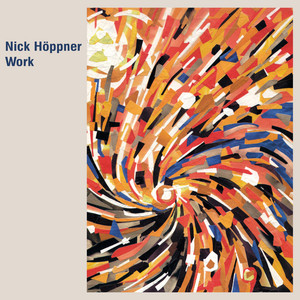 Nominally file it under house music, but it’s kinda spanning the techno-y genres - reminds me a bit of Minilogue. Sounds great - AOTM contender for sure.

Guess it’s worth mentioning Taylor Swift is back on all the streaming services. Just checking out Red for the first time which is mint.

did she literally do that the same day Katy Perry has her new one out?

Oh this is goooood. @plasticniki @xylo reckon this would be up your streets based on previous discussions.

This is what I have lined up for today:

Think my list to check out is exactly the same

I bet we’d have SUPER compatibility in Last.FM

After one and a half listens into work of Big Thief it’ll definitely be in my top 3 of the month. Brilliant record. (Don’t let the album cover put you off.)

Totally rubbish week for new releases for me. Luckily I still haven’t listened to a few albums from the last week or so, so gives me a chance to give them a spin.

Not a great day for releases…
The Phoenix album is alright.
One of those that’ll sound grand as background when some non muso friends are round for a bbq, but not one that I’d be inclined to listen to on my own.
To use pitchfork ranking - 6.8

Based on @Twinkletoes feedback, will give Nick Hoppner a go next.

Look forward to getting thoughts from others. Third listen now - I reckon it could be up there with Varg for electronic album of the year for me come December.

Note ti myself to listen to this when I’ve done all my errands:

I got the new Phoenix album. The lyrics in the title track are a bit ‘hmmmm’ but I think it’s more clumsy on their part than anything sinister.

Really enjoying this Planetarium record (Sufjan Stevens/Bryce Dessner/Nico Muhly/James McAllister) - surprised to hear that it sounds pretty much like a companion album to Stevens’ Age of Adz.

Sure there are some indulgent moments but much more accessible than I thought it would be.

The first album is stunning as well. Highly recommend giving it a spin if you haven’t already

Cheers. I’ll definitely check it out.

Off-topic: haven’t kept up with electronic music at all this year. What else do you recommend??