What’s on your docket for today?

I’m going to give Arctic Monkeys a few more goes, then move on to Beach House. Heard some of the Simian Mobile Disco/ Deep Throat Choir tunes on 6music a few days back and enjoyed those so will crack on with that too.

The Body have a new one out. Will give it it whirl when I’m feeling a bit more murderous.

Ooooo The Body! Yay! That passed me by.

Beach House, and there’s the new The Sea and Cake today as well.

I suspect I’ll give the Aidan Moffat and RM Hubbert LP a go along with La Luz and might try Luke Haines, Simian Mobile Disco and Beach House.

Really not sure if I can be bothered with Arctic Monkeys. Might have a quick listen for curiosity’s sake.

Thought Parquet Courts was out today, but it’s not is it?

The Body’s new one unsurprisingly GREAT

Had a listen to Malena Zavala this morning. For fans of Beach House and other female led slow pop stuff.

Got Jess Williamson lined up later, along with The Body, Lawn and maybe SMD.

Beach house for me, not a huge arctics fan but might give it a spin. Anyone wanna sell The Body to me? Always like getting getting a personal recommendation/summary on here

The Sea and Cake album is lovely!

Whether you like the Body or not depends mainly on how much of their vocalist you can stomach. He sounds like Beaker the muppet being violently tortured to give information his weird meeping language is tragically unable to convey.

Saw them the other night and in the merch queue a guy described them to his pal as “like a heavier Sunn O))) fronted by a cat being strangled”.

Largely inaccurate, but it was good to overhear.

Imagine a typical gothic haunted house built over a dank stone cellar. In the dank stone cellar, for some reason, are a bunch of fraggles from the hit TV programme ‘Fraggle Rock’ and they have been chained to the wall.

Suddenly an earthquake right under the cellar demolishes the foundations and the haunted house collapses in pieces onto the screaming fraggles. This is what The Body sound like. They’re fab Brilliant, thanks for all the body descriptions…how can I not check them out now 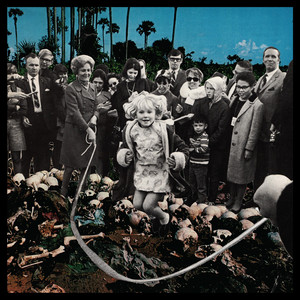 oh and new Merky Ace too

Going for Beach House, Sea and the Cake, and there’s a new Mark Kozelek which I had no idea was coming out, but probably should have expected it let’s face it.

New Sea & Cake sounds exactly like every other Sea & Cake album, and that’s just absolutely damn fine by me.

Like getting a warm hug from an old friend, it never gets old.