So what does the community have today?

I woke up to be happily surprised to learn that This is the Kit have a new release, Off Off On, today. Nice on first listen. Nothing “new” from Kate but a nice continuation of her signature sound and guitar-work. 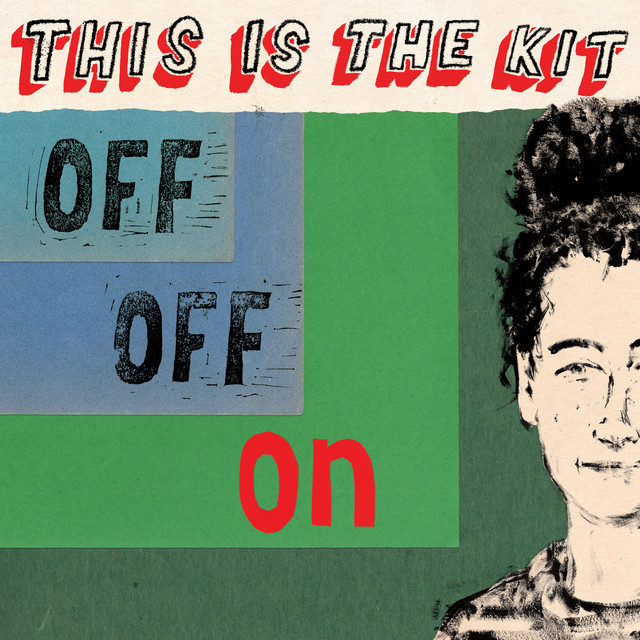 Off Off On, an album by This Is The Kit on Spotify

I’m on a night shift currently. I’ll download the new Springsteen and Laura Veirs albums to listen to during my breaktime and for the tube journey home.

Not sure what else is out today.

Theoretically, Kadavar’s new record is meant to drop today, but I still haven’t seen it yer.

Don’t think I can remember a release day as packed as this. I’ve been queuing up the following since midnight!

Actress - Karma & Desire - Second release this year from the former West Brom striker and one of the greatest artists of the 2010s.

Karma & Desire, an album by Actress on Spotify

Every Mouth Teeth Missing, an album by Call Super on Spotify

Optimisme, an album by Songhoy Blues on Spotify

Laura Veirs - My Echo - This divorce record is the 11th studio album from the lesser known third of case/lang/veirs.

My Echo, an album by Laura Veirs on Spotify

Bruce Springsteen - Letter To You - I’m probably not the person to sell this one as I’ve never really listened to him bar Western Stars, but that was a great album so looking forward to this.

Letter To You, an album by Bruce Springsteen on Spotify

acts of rebellion, an album by Ela Minus on Spotify

Kahil El’Zabar’s America the Beautiful - The prolific and mysterious jazz percussionist has a great sounding album here - .his re-working of Express Yourself is magnificent.

Kahil El’Zabar’s America the Beautiful, an album by Kahil El'Zabar on Spotify

Visions of Bodies Being Burned

Visions of Bodies Being Burned, an album by clipping. on Spotify

ANRMAL, an album by Juana Molina on Spotify

John Frusciante - Maya - Who wants to hear a solo album by one of the Red Hot Chilli Peppers? is a good question. Fans of 90s UK breakbeat and jungle is the unexpected answer.

Maya, an album by John Frusciante on Spotify

Loma - Don’t Shy Away - slow, experimental music from a band including a few Shearwater members and who count Brian Eno as a fan and sometime producer.

Don't Shy Away, an album by Loma on Spotify

Sunset In The Blue

Sunset In The Blue, an album by Melody Gardot on Spotify

Gorillaz - Song Machine, Season One: Strange Timez - Likely to be less than the sum of the parts of the collaborators, but hard to ignore an album featuring Robert Smith, Beck, Elton John, slowthai, JPEGMAFIA, Skepta, Peter Hook, Joan as Police Woman and Tony Allen.

Song Machine, Season One: Strange Timez (Deluxe), an album by Gorillaz on Spotify

songs, an album by Adrianne Lenker on Spotify

instrumentals, an album by Adrianne Lenker on Spotify

Jeff Tweedy - Love is the King - Another solo release from the Wilco frontman. Expect folky Americana.

Love Is The King

Love Is The King, an album by Jeff Tweedy on Spotify

Forgotten Days, an album by Pallbearer on Spotify

91 Days in Isolation, an album by The Slow Readers Club on Spotify

Rick Simpson - Everything All Of The Time - Kid A reimagined for jazz piano. It’s probably as good or as bad as that sounds to you.

Everything All of the Time: Kid a Revisited

Everything All of the Time: Kid a Revisited, an album by Rick Simpson on Spotify

Snapshot, an album by Juanita Stein on Spotify

Eel Drip, an album by Penelope Trappes on Spotify

That’s pretty comprehensive, @Octobadger! Thanks! Have a like for Juana Molina; going to that one straight away as I love her off-kilter pop/rock sound and hadn’t heard this was due. Love this thread (still)!

digging the gorillaz way more than i thought i would

I’d like to own a jacket like the one he’s wearing on the front cover but I don’t think I could pull it off.

Music for Rest, an album by Slow Mass on Spotify

Thanks for this. Much appreciated each week. Actress, call super, new jazz is dead, songhoy blues, gorillaz and adrianne lenker on my list. Absolutely no way I’ll give enough time to some of those. What a week!

Will be starting with Sen Morimoto’s self titled record. Sort of off-kilter jazzy pop stuff… is that a way people describe music?

He co-runs Sooper Records with NNAMDÏ, who released one of my favourite 2020 albums so far, and the singles have been great, so I’m looking forward to this. 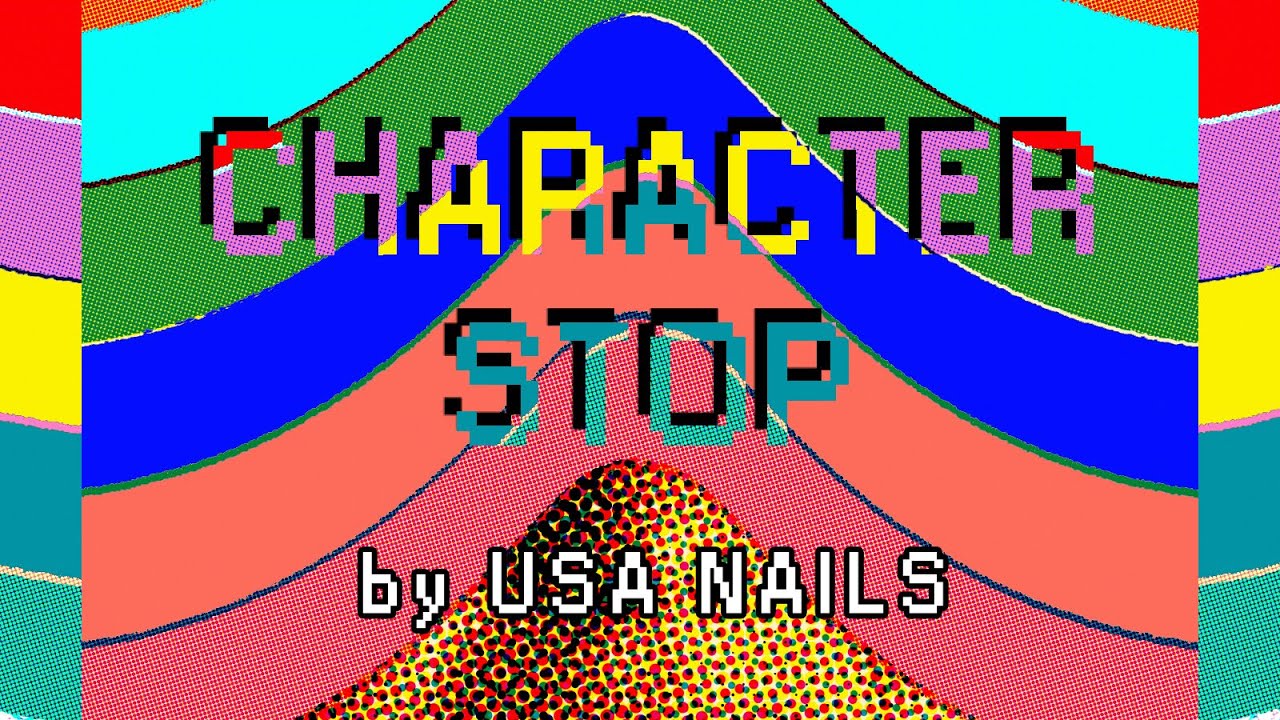 Temporum, an album by Veins Full of Static on Spotify

ThisIsDarkness, an album by Steve Hadfield on Spotify

This Place Sucks Ass, an album by PUP on Spotify

Otherwise will be checking out Clipping, This is the Kit, and Adrienne Lenker

Thanks for this. Much appreciated each week

I’ve been waiting for this to arrive for a while.

And then we have a pair of new singles from Skullcrusher. A ‘double A-side’ perhaps. Technically they were not released today but actually came out Monday but still 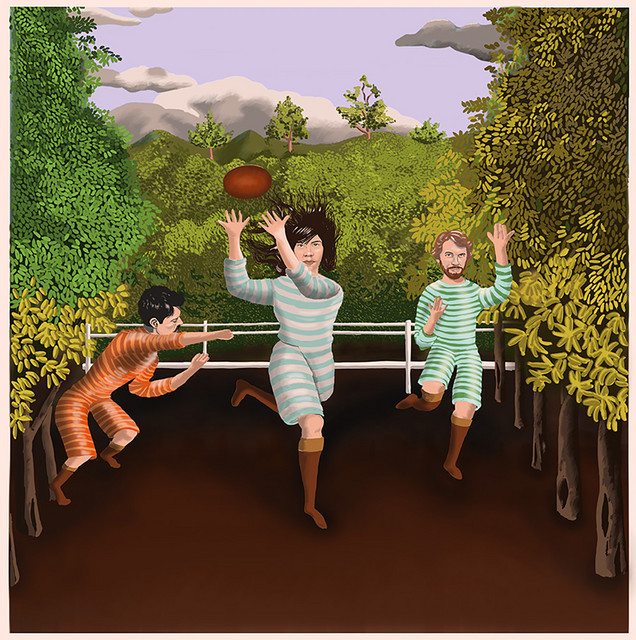 2020, an album by Magik Markers on Spotify