Quite excited by the return of Telefon Tel Aviv (but am only spinning it now!) 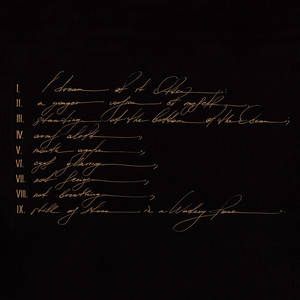 Dreams Are Not Enough

new The Comet is Coming EP too

65daysofstatic and Opeth are my gets today. Really looking forward to comparing the Swedish/English versions of In Cauda Venenum.

The Kanye album that will definitely, definitely be out today.

Ricardo Donoso has put Re-Calibrate on Spotify today. If you like Ben Frost, I reckon you’ll like this. 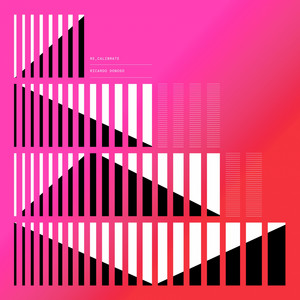 Girl Band is for later. I’m not sure my office is the right place to listen to that.

Quiet release day for me but I’ll be checking Underworld’s fifth installment of the Drift series. I’ve been generally impressed, considering how prolific the output is , by the Drift series so far which is in keeping with the quality of their last LP - a late era blossoming that doesn’t match the 90s heyday but is a headnodding and headphones treat nonetheless.

A small trifle but its odd that these 6 track mini LPs exist in some kind of dimension set apart from proper album releases (is this the same land mixtapes live?) and wouldn’t theoretically be considered as such for end of year polls. The best culls from the series would make a fine LP indeed and I think I read that there was a plan to release a Best of Drift LP.

It’s great! Even without the Bejar. Loving it

Tegan and Sara / Girl Band like most other people. That description of Automatic sounds right up my street too, so will give that a go thanks.

Noticed that Magnapop have resurfaced after a nine year gap to the last album, so will give that (“The Circle Is Round”) a listen too.

The Replacements re-edit of Don’t Tell a Soul (under the original title of Dead Man’s Pop). Sounds great.

Yep. Always been one of my favourites- don’t understand the dislike for it

Tegan and Sara, The New Pornographers and Sui Zhen for me.

Yeah, the sheen has never put me off as the songs are so strong, but it feels like a mild revelation to hear them a bit dirtier.

Surprised not to see a mention for the new Nervus album. It’s far more polished than their previous efforts; also got some major Weezer vibes where previously the Death Cab/Alkaline Trio influence shone through more.

I think, on balance, Everything Dies is the better album but there are some major bops on this. ED was very personal; Tough Crowd leans super hard into ACAB and anti-capitalism which leads to some seriously questionable lyrical moments (“This coffee tastes like death”, anyone?). Jack Kenny’s still one of the best drummers in the game.

Oh, I thought a new chastity belt album was out today but looks like it was last week and I missed it. It’s good though.

Hoping the LP is at home when I get back

oh god, and The Early November. how could I forget? A band who never really got their time in the sun but who are still doing interesting things, 16 years after emerging as part of the Drive-Thru Goes Emo scene. Lilac is great.