Ok, not got anything of value music-wise to add to this (haven’t had a proper look at today’s releases yet) - just wanted the opportunity to share the press release for Jane Weaver’s Architect EP, which seems to have been put together by a terrifying Frankenstein’s monster of 90% of The Skinny writers ever, constructed in a secret bunker deep underneath the Newsnight Review studios :

“‘The Architect’ sees Jane Weaver evolving with an aero-lite melodicism, the drum heavy vivacious pop song evokes vivid images of early Modernist art, Archigram blue-prints with a rigid back-bone of Eames worthy construction. Directly inspired by Hilma af Klint’s séances, spiritualism and the science of anthroposophy that formed the artist’s abstract paintings, Weaver finds herself in a transformative state channelling her inner spirituality, it’s place within her music and the cosmos. Shifting perspectives with her meditative vocal explorations and oneiric flow on ‘Code’. Eight-minute psych-pop opus ‘Element’ is richly melodic replete with pulsating analogue synths, unrelenting motorik rhythms and incessant beats. The perfect antidote to those longing for more music since the release of the critically acclaimed ‘Modern Kosmology’, the release features title track alongside unreleased new tracks and a special remix by Finders Keepers’ Andy Votel.”

“Worthy construction”. Don’t get that with yer Kasabian.

Julien Baker, Outlines and Fever Ray for me today.

Thinking about it, of course you wouldn’t get worthy construction with Kasabian, they’re too busy BLOWING THE ROOF OFF.

I’ve already listened to Out Lines about six times. James Graham and Kathryn Joseph have two of my favourite voices.

Will check out Fever Ray if/when I get bored of having this on repeat.

Didn’t know about the Outlines Record but the Kathryn Joseph album is one of my favourites of the last ten years so it’s an immediate purchase.

Spun the new Baxter Dury twice already. Wasn’t sure about it while lying in bed but sounded great strolling to work in the sunshine.

The new Jamie Lenman is outstanding. The first part of the album is a great mix of Reuben/NIN but then the album goes in some weird and wonderful directions. First time in ages that an album has really captured me like that on first listen. Will have to check out his previous album as this is the first time I’ve heard his solo material.

The Daniele Luppi / Parquet Courts (also feat. Karen O) album is pretty pretty great on first listen. High fives for those mentioning Out Lines, was oblivious to it until this thread

I’m waiting for my record to show up before listening. I pre-ordered but am in the US so shipping will probably take 3 weeks. Your post has increased my excitement for this.

I’m going to be the bearer of bad news about the first album though if you like the new one and Reuben. The first is a concept record of two extremes one side hard core/ one folky. The folky side has a few good songs but the hardcore side is all screams. You might like it it you’re into hard core music but for me it went to far into that territory.

Anyone checked out the new album by Slaughterhouse Beach, Dog out today? (Side project of one of the members of modern baseball). Only one listen in but it’s really Nice, pretty mellow pop punk not a million miles from modern baseballs slower stuff. Julien Bakers new one seemed a bit repetitive on first listen as I struggled to get to sleep last night but repeated listens today have revealed it is in fact brilliant! Liked out lines on first listen too

Ah ok. Cheers for the heads up, at least I won’t be totally baffled when checking it out!

Another one for Out Lines

Somehow read this whole thread without realising who Jamie Lenman was. I remember being thoroughly confused by Reuben when they supported Billy Talent in Glasgow in 2006. Will definitely check the record out later.

Om Unit’s the only new release I’ve listened to today. Will hopefully catch up on others over the weekend.

First albums ace. The second half isnt really folkly, its just more acoustic based. Some.lovely tunes. First has some proper belters. A song called Fizzy Blood has a fella from Down I Go playing discordant sax over it , its all kinds of mint

Out Lines has it this week. 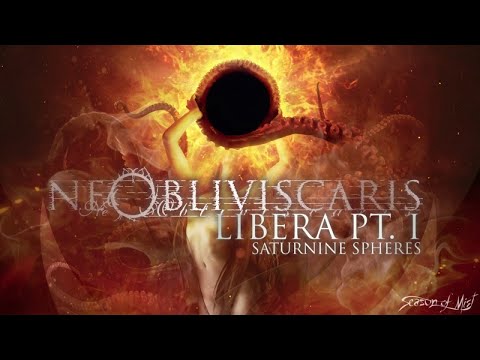