Icelandic songwriter JFDR has an EP out today of alt versions of songs from her album earlier this year. 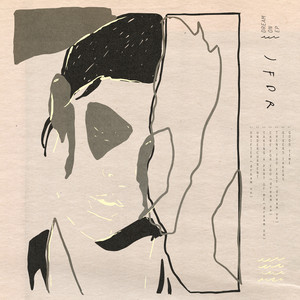 Oh, weird, I spotted it in Drift’s new releases for this week, maybe the physical version is only coming out now

Its not even that the music individually awful, but the album is basically the same monotonous blob for 1hr 20

Came out earlier this week, not today, but there’s Phoebe Bridgers’s Christmas track for this year, the Merle Haggard cover, If We Make It Through December. Which I find rather beautiful. All proceeds to the Downtown Women’s Center charity in Los Angeles.

The EP also has her previous holiday offerings.

The Amorphous androgynous have a new album out. A full on Psych prog rock concept album with loads of old prog guest stars.(and Paul Weller.)

I can’t find it on Spotify but you can get it on the future sounds of london website. fsoldigital.com

Enclosures, an album by Craven Faults on Spotify

This is mentioned upthread but is wonderful.

I thought today was going to be rubbish but there is plenty of stuff here I’m going to have to check out.

Green EP, an album by Laundromat on Spotify

Listening to this now and it jogs along quite nicely. Description: twitchy melodic lo-fi, ffo BBC 6 Music playlists? Yeah, I am through it now. It’ll get a few more spins this week - just 3 tracks - but I ain’t blown away.

This is a mate of mine so everyone please listen

I really like them, and the new one. Feel like they’ve explored some deftones sounds on it

Didn’t spot the Deftones bits but really liked the album on first listen.

New one from Terrence Dixon on Tresor

I had the last reissue of this. It’s a great album.

My favourite Coil album by a considerable margin. By the time I discovered Coil, physical copies were laughably beyond my means. It really seems crazy how few Coil releases have come back around; their contemporaries Current 93 and Nurse With Wound have a much better rerelease game*.

*obviously both Jhon and Peter no longer being with us has had some impact, but still…

Hopefully this reissue is a sign of more to come. At the very least, you’d hope that volume 2 is lined up - that was impossible to get hold of even ten years or so ago when I bought volume 1.

Not sure about any others. Horse Rotorvator and Love’s Secret Domain ought to be back in print at the very least, but the rights situation with Coil’s music is a complete mess and gets quite controversial. Who actually has the right to publish it, and who gets paid seems to vary with almost every one of their releases.