There is a new Clark single out that sounds decent on first listen. I think the new John Shima LP, Lonely Machines is our today (or might be last week) FFO BOC / fiddly electronica.

There is a lot of new Why out recently. Not sure if that counts.

May have a go with this

Any good electronic stuff out, in particular?

New one from John Shima sounds like good throwback IDM

Peggy Gou’s DJ Kicks mix is out today, which is next up for me after really enjoying Bandana. Also an ep from Blue Lab Beats in the queue.

The new Ashbringer album is out today. 2016’s Yügen is one of my favourite atmo/post black albums. I will also be checking out the Yellow Eyes album.

New album from Heilung. Going to have to spend a lot of time on this one. 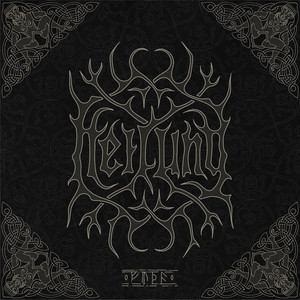 After being pleasantly surprised by how good last weeks Raconteurs album was.

I decided to give those other alt blues rockers The Black Keys new album a go this morning.

It was pants and the production was wayyyy to modern for a blues rock record.

This sounds so great on first listen. Gonna at least sit alongside Piñata

A rock opera about space travel, mental health, the Wizard of Oz and Albany WHAAAAAAAAAAAT? No idea they were still going! Shit, going to check this out. This is what I love about these weekly threads: always something you had no idea was there to smack you in the face.

I use this website to investigate new stuff, I found Appleseed Cast was out on here for example - http://www.spotifynewmusic.com

Had Bandana on repeat all day