Downloaded Anna Calvi’s new one at midnight and have it on now. Sounds good.

Calvi and The Big Red Machine for me Clive

and I’ll jump aboard the hype train to see what Idles are all about…toot toot!

The new ep from Iron & wine

Four songs have been released by the band Razorlight

[quote=“Pale-eyedBadger, post:6, topic:28767”]
Four songs have been released by the band Razorlight[/quote]

Thanks for the warning. I shall avoid listening to songs by the band Razorlight

New one on Disintegration State that I am very excited about. Lowering’s Collapsule is one of the best collections of melodic techno I’ve heard this year and everyone should be checking it out who likes that kinda thing. 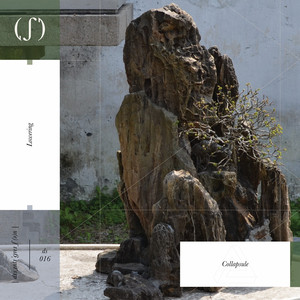 People saying it’s a return to form, too. Probably that just means he’s back to rape jokes rather than saccharine pop hooks, but his last ‘angry’ album (MMLP2) was good gym fodder for a minute so I’ll probably give it a listen.

Today (if I get the chance) I will mostly be listening to:

IDLES and Saintseneca for me today.

Idles Mogwai wild nothing iron and wine all on my list too. Big one for me is new release on Tiny Engines by a band called Alien Boy. Little bit emo, also cure influences, bit of shoegaze and some pop punk for good measure. Possibly one for fans of Hotelier

Also getting some JAMC and the smiths vibes

Blasting IDLES on the walk to work. Yes yes yes!