Hoping this is a cover of the 2014 French classic entry?

The one you’ve all been waiting for 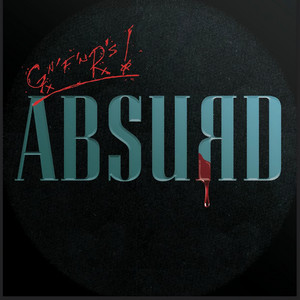 Imagine spending 63 years getting Chinese Democracy absolutely perfect and then re-recording one of the songs a mere 14 years later.

The word says “absurd” and the r is backwards. ABSURD!

Looking forward to this. Ishmael Ensemble have been really solid this past few years.

Foxing - Draw Down the Moon. US indie/emo rock. Their last album was one of my favourites of 2018, but the some of the singles from this have been a bit of a mess. Hopefully they might work better on the album…

Ditto on the previous album, but never really connected with the earlier material so that was my first exposure to them, and by happy coincidence I got to see them live the day after hearing it for the first time (thanks again @elthamsmateowen).

I’m on my second listen of the new album and it’s straight up there with Manchester Orchestra, Teenage Wrist and The Dirty Nil in my favourites of the year (which checks out given that Andy Hull produced it).

I can see it alienating some long-term fans as it’s such a deliberate play for more mainstream recognition but they’ve executed it flawlessly in my opinion. Love the blend of emo revival and 2010s electro indie (a genre I hate) but retaining the brutally heavy synths from Nearer My God, and it’s also the first album of theirs that does justice to what they’re capable of live. Fucking phenomenal. Definitely works better as an album than as individual singles imo.

Also Touche Amore just dropped a cover of Hard To Explain so that’s going on later. 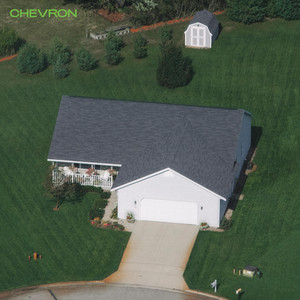 Think this very much depends on what genres you’re interested in. Foxing is one of my most anticipated releases of the year, but its being released during a “shutdown” may very well be deliberate

Stayed up really late last night and listened to Liars and Foxing.

WIXIW by Liars is an all time favourite of mine, but I thought Mess was overblown and one note, and the next two were vastly diminishing returns. Apple Drop blew me away. Needs some time to bed in but it’s at least my second favourite of theirs already - real Hail To The Thief vibes at times.

Foxing are a band I’m interested by and admire, but even their last album felt like an over reach for me. Some great singles and sonics but all in all a bit wimpy and thin sounding - an album that never fully took flight. As @Owensmaterob says, this feels like them getting serious about reaching people, and although I haven’t been thrilled by the singles, I had a blast listening to the album. It really builds and flows, and I’d way rather listen to this than their last.

+1. Nearer My God has excellent moments but it’s an undeniably over-long album, even if it was their most accomplished. Ian Cohen compared this album to Bleed American and A Black Mile to the Surface as an example of a band distilling what makes them great into a compact, palatable form and I think that’s a perfect comparison. It also means, naturally, that this will turn some people off but for me as a relatively recent fan who’s frustrated by their overall inconsistency, this is the Foxing album I’ve been waiting for.

Off the back of this, I’m going to check out Liars as they have somehow passed me by

I wanted add an edit that both are nailing the Indie Rock Breakthrough Album sound on these releases - which is clearly something I’ve been craving because I was thrilled listening last night.

I’m with you on this, after a first listen I’m really enjoying the album and the singles now make sense. I only got into them from the back of nearer my god but went back and listened to the first 2 albums and found a lot to like there. Looking forward to catching them live again. Hope they announce some uk dates soon 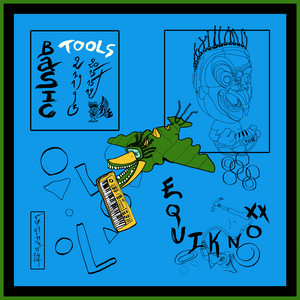 New Equiknoxx tape/album. Electronic dancehall/dub/reggae goodness. Haven’t seen them mentioned on here before, here’s an article on them from a couple of years ago for anyone wanting to know a bit more…

Equiknoxx Are Saving Dancehall by Making It Weird Again | Pitchfork

Strong week for the kind of brooding darkness I get off on, with Liars and Lingua Ignota.

A more recent article about Equiknoxx on Bandcamp…

A Guide to the Jamaican Label Equiknoxx, Who Are Reinventing the Sound of Dancehall | Bandcamp Daily

Woof this record is great eh. Haven’t bothered to listen to liars for years - no particular reason - but this really hits.