Born to Run it is

Highway Patrolman is so good. I knew Johnny Cash had covered it, but it was only googling just now that I learnt he did Johnny 99 on the same album as well

I’m listening to The River for the first time in Several years. It contains some of his strongest material, but also the worst material of his imperial period. To be expected as it’s a double album, but some of the songs/ideas could be developed just a bit more (or dropped entirely, specifically ‘Point Blank’)

Haha, think he’s acknowledged Crush on You’s (lack of) quality before, I’m sure he’s jokingly introduced it as “my masterpiece” from time to time.

The River is a weird one, the quieter more introspective stuff is a clear bridge from Darkness to where he’d go on Nebraska, and it feels like he just decided to break it up with straight-up bar-band rockers throughout (most of which are fun, but pretty lightweight and not likely to make many best of lists). From Crush on You onwards (so track 8-20) there isn’t a single great upbeat song - Ramrod is good to hear live, but that’s it.

There must have been a conscious decision to release a load of pub-rock songs (probably incorrect categorisation) on the album, though he really could have done with more quality control. Most of the songs have something interesting, but mostly they could do with being combined, shortened or eliminated.

The ‘Ties that Bind’ single set album he issued must have been an attempt to re-write the history of that period and remove some of the bloat. If not for the River his run from Born to Run to Tunnel of Love would be completely perfect, though that’s still pretty much one of the best runs anyone’s ever had.

Think there was some kind of idea that the album would be like a Springsteen gig, so presumably those songs were all thrown in to have the E Street Band in party mode.

Like 99% of all albums of that length, you could trim it down to an incredible 12 track album. Haven’t listened to the Ties That Bind reissue thing since it came out, will give it another go.

Remember being so disappointed when I heard The River (album) after loving The River (song) so much. Like what the hell is this…still never go back to it. Bought it on vinyl from oxfam as well

that’s weird - that follows the exact trajectory with that album - right down to the oxfam vinyl bit (wasn’t headingley oxfam was it?)

listened his back catalogue recently, noting songs i thought ‘keepers’ along the way and with 7 of these, the river had 2 more than any of his other albums… jackson cage, hungry heart, the river, point blank, stolen car, the price you pay, wreck on the highway

One person’s coffee is another person’s tea…

Love Point Blank and that was one of the songs carried over from the ‘Darkness…’ sessions. Agree with your feelings on Crush On You. That and songs like I’m A Rocker and, great C sax solo aside, Drive All Night could’ve been left off. As others have already said, think the album maybe loses something if you don’t have it all on the table. Special props for Wreck On The Highway too- gets me every time and that instrumental fade out is magic!

Got The River when I was 12 or 13. It was one of my first albums, and listened to it non-stop for weeks. Loved every track. Probably changed my life in more ways than one.

Drive All Night had a better previous life as a middle section in Backstreets (about 5 minutes into this): 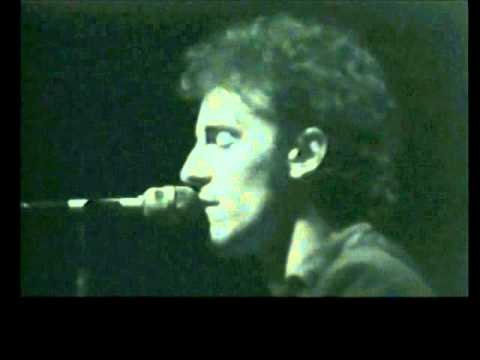 (You might have already known this version, but posting for anyone who hasn’t heard it cos it’s great)

Great version, there. In fact, on some days, ‘Backstreets’ may legitimately be my favourite Bruce song.

henley on thames in about 2004. got some good stuff from there. and also some terrible stuff

He says in his book (and someone mentioned this above) that it was suppose to sound like an E-Sreet gig.

He had so much good material to chose for this album. If you check out the deluxe version and also all of The Promise , you can create an absolute amazing double album. Some of the B sides are way better than the album tracks. He acknowledges that now and isn’t really sure what he was thinking with some of his track selections.

Enjoyed listening to Nebraska in the rain just now.

Good springtime album. Then blast Born in the USA in the summer

ike 99% of all albums of that length, you could trim it down to an incredible 12 track album

Technically not a double album but suggestions for a decent 12 track edit of Lucky Town / Human Touch would be gratefully received because they’re still my biggest Springsteen blind spots.