Think today’s the first day I havent had booze in about 2 weeks, feel a bit grim. Gonna drink water and have a curry or something.

Hello Eric. I’m reading a book and then getting on a plane.

Wow. What book and what destination?

I’m going to get the boy to bed then probably play pokémon all evening while ignoring my ex being annoying. Might also have a stout. Have some Christmas Percy Pigs to eat too, should probably get through those before the new year.

Need some music to listen to as well but feeling very uninspired trying to think of what to put on.

It’s called The Shadowed Bed. A mysterious girl called Rosa is dating village lads who then keep setting buildings on fire and the magistrate doesn’t mind even when it’s his own buildings.

Had salad and chicken and home made flatbread.

I’ve got an xmas book to exchange but cant think what to get. Quite fancy another Patricia Highsmith novel maybe.

GF is still watching ‘Downton Abbey’, I keep making jokes about time skips and all the butlers getting drafted to fight in 'Nam.

Have had a very lazy day. Phoned for burgerS and chicken wings earlier. Left the house for all of about 4 mins to pick up loads of juice.
Have rarely left the sofa. It’s been good.

I’m having pizza and chips.

Gonna have a couple more of @Unlucky’s beers tonight

just listen to these guys! 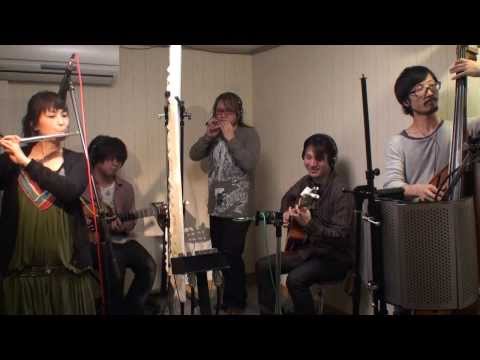 flutes and stuff are actually really nice, it’s only when they’re played on their own that they sound a bit naff like a jester saying “my leige!”

I was sorting my CDs earlier and found my ocarina of time soundtrack. Definitely one to keep.

Zelda music while playing pokémon? That might be a bit jarring, but I’m willing to try.

they might have done a pokesong, I just love these guys they make me happy

Had a fun day. No dinner as we ate in Bath at an in-between meal sort of time, may well have crisps later though.

Also trying not to drink. Temptation of a little beer is strong mind. @kittynouveau
im calling the police and also the vatican https://t.co/7Lz2oxFk3K Having a booze (tins of Estrella), going to cook up done bubble and squeak and fried eggs and chilling in front of the box. Didn’t get to a brewery for beers tomorrow night, do that’s something for tomorrow. Boring

Oh my god, laughing out loud at this. Why???