Lucky enough to be revisiting New York next year, having not been there in over 10 years. First time we went there we ticked off all the main tourist attractions - Statue of Liberty, Times sq, Grand Central Station, Central Park, Ellis Island, Empire State building etc - so was wondering if anyone has any tips for more obscure activities and attractions that the city has to offer.

Also, where are the best places in Manhatten to stay on a budget or is there anywhere off the island that is recommendable?

These aren’t obscure, but have opened within the past ten years or so:

Was the High Line open when you last visited? If not, do that, plus the new, relocated Whitney right at the southern end of it.

MoMA has also moved into a new building as well.

The 9/11 memorial museum is definitely worth going to, and if you’re in the area, the new subway station by Calatrava is pretty staggering.

I think you’ll struggle to find anywhere affordable in Manhatten these days, and even Brooklyn and Queens is expensive with the fall in the pound.

If you’re on the Brooklyn side of the river, the. Moma PS1 (in Long Island City) and the Brooklyn Museum are worth a trip.

Was the High Line open when you last visited?

Is that the one in Chelsea? If so, yes it had just opened but we ran out of time to walk it. Definitely doing that this time.

We may have to stay in Harlem again…

Near the high line and the Whitney is a new park on the water called Little Island, it’s cool.

Errrr not sure what else, we don’t tend to not do much apart from eat, drink and stay mostly in Brooklyn

Did that back in 2012, and my god it’s good. Would recommend to anyone going to New York to visit it.

best places in Manhatten to stay on a budget

Recommends the Jane Hotel. Was ideal as a solo traveller but not sure what it’d be like if you’re a couple. Rooms are like cabins so pretty small but still kinda cool.

Other recommendations - last time I walked over Brooklyn Bridge to DUMBO to get the classic bridge pic then got on the train to Coney Island which was kinda cool in a weird way (because it was the middle of winter it was abandoned bar a few fisherman and had a weird batman vibe to it).

Spent a day just cutting about Williamsburg, went to the Brooklyn Brewery, ate a few slices of pizza then went to a gig at Warsaw.

Ah, jealous. I haven’t been for about 10 years either.

Coney Island is good. New York Transit Museum is good too. Much like @meowington we tend to mostly eat and drink, and shop a bit.

If you’re into books and haven’t been, drop in to The Strand bookstore. I could have spent a whole day there last time.

Don’t have any specific recommendations but I really enjoyed hanging out around DUMBO (down under Manhattan bridge overpass) which is a really cool area with bars and restaurants and those iconic views of the bridge from street level.

just fyi so you don’t look silly - its the big apple, not big banana

and don’t imitate the accent! 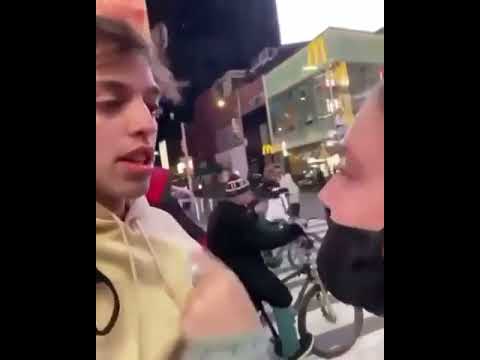 just fyi so you don’t look silly - its the big apple, not big banana

Btw, we’ve managed to find accommodation in Chelsea for less than $100 a night. Basic as fuck but our line of logic is that, apart from somewhere to lay our heads and shower, we ain’t gonna be spending much time there. It looks OK, and the location is perfect.

Has anyone ever been to Ellen’s Stardust Diner on Broadway? If so, would you recommend?

That’s exactly the criteria I go for when visiting cities.

Have fun! I plan to visit one day

MoMA PS1 is a pretty cool gallery for contemporary art, it’s based in Queens.

Really enjoyed Grimaldi’s pizza over the Brooklyn bridge, good views of Manhattan from outside it too.

Disagree with this, tthoight it is very much worth look cool building and you have any interest in like ‘big name’ art it’s pretty good

Yes. Totally not my thing but the people I was there with loved it. It’s very cheesy and that’s the point I guess.

Over 10 years since I went and It’s probably even more well known now so guessing it’ll be pretty packed and probably pretty expensive compared to other diners. But YOLO.