I like the Ducks! I started watching college stuff when Mariota was in his final year and that offence was just ridiculous. I’ve been rooting for him ever since. Wembley is great, you’ll have an awesome time - the Titans are playing the Chargers, so I can see it being a fun game.

I’m MSU thanks to the fact my father-in-law, mother-in-law, sister-in-law, uncle-in-law and grandmother-in-law are all Spartans, so I couldn’t really do anything else. Been a bit disillusioned what with all the awful stuff MSU athletics has had going on (the Larry Nassar stuff and so on) but will still try and watch them this year. Hard to get the time to watch games on Saturdays AND Sundays though…

Welcome to the Deadspin 25, a college football poll that strives to be more democratic and less useless than every other preseason poll. Leading up to the college football season kickoff, we will give you previews of the 25 teams that you, the...

Looking forward to seeing what Helfrich can do with Nagy and co in Chicago. I will blame you and solely you if it goes wrong.

Oh wow, I didn’t realise he was an NFL OC now, really pleased for him

So ling as he doesn’t go crazy with the two point conversions he should do a good job.

Imagine, imagine, being this self-involved. 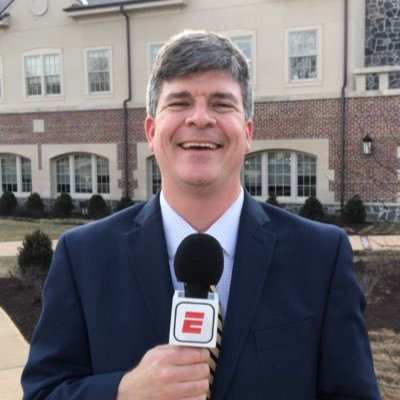 @jamisonhensley
Ray Lewis said the contagious positive energy surrounding his induction reminds him of his playing days. "When I played, crime went lower in Baltimore," Lewis said. "It’s like, nobody needs to be mad now. It’s like everybody wants to be happy and celebrate."

Nice to see that the first reply was a tap-in.

@blackhawkpryd
@jamisonhensley Did crime go down because he was in the game and not on the street is that what he saying?
7 Likes
hip_young_gunslinger 5 August 2018 20:12 #35 @AroundTheNFL
Sean McDermott irked by Kelvin Benjamin's remarks about Panthers: "That's not how I want us to handle things" nfl.com/news/story/0ap… https://t.co/zq5gz4xclL Yeah, I think it’s a really nice bit of business - given up barely anything I assume (any idea what it is other than ‘low round’?), and he’s had no-one throwing to him when he’s not been injured in the first two years, fills a need too, right?

Always good to cash in on reduced price stock when a new GM comes in and just wants rid of everything that came before him.

TIL: Coleman’s middle name is “Defelious”.

With this and Joe Thomas retiring the Browns don’t have a single first rounder on the roster that they drafted before last year.

At least they got a decent return on them! Like… checks notes a 2020 seventh rounder for Coleman…

The first rounder they got for Trent Richardson was terrific business to be fair (until they used said first rounder on Johnny Manziel).

Just read it’s a 7th rounder. So pretty much sod all.

There must be something really wrong with him if the Browns are just letting him go for nothing… it’s not exactly like Josh Gordon is wowing people at practices.

It’s not like a receiver needs working hands or anything, I wouldn’t worry.

they consider him an injury risk (they are wrong)

Only managed 19 games in the last two years so there might be something to this. Mary Kay Cabot reckons that Todd Haley hasn’t liked his attitude since day one.

I just had to make it more explicit how fucked @mildmanneredjanitor’s hopes should be.