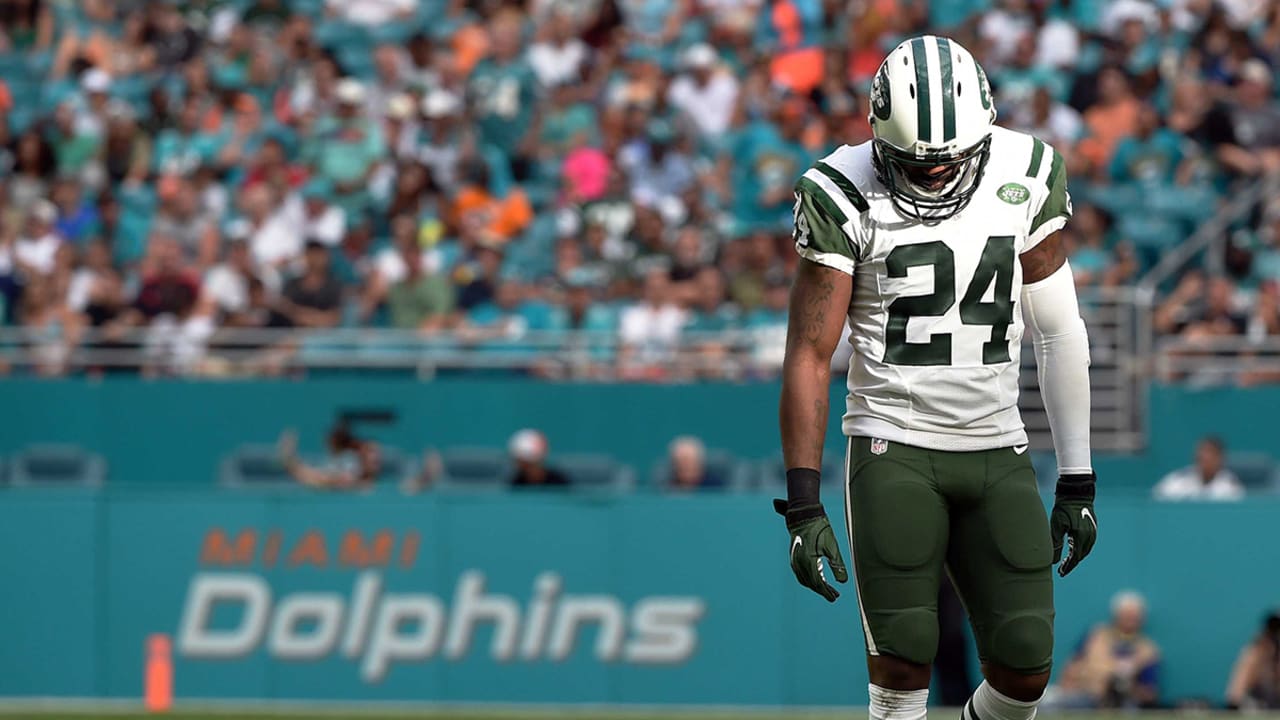 New York Jets cornerback Darrelle Revis turned himself in to authorities Friday after he was charged with multiple felonies and a misdemeanor following his alleged involvement in an altercation.

Really have the feeling the Lions have got something big planned for us this year.

I’m not saying the Lions definitely WON’T have someone go off the rails in the next few months, but Caldwell has a policy of generally only taking “high character” (ugh) guys* so there aren’t a tonne of live wires primed for night club disasters - certainly among the starters, the vast majority are married or engaged and have kids (Stafford’s wife is pregnant with twins), so yeah, hopefully no Titus Young shenanigans.

*The short-lived and fucking pointless Andrew Quarless hiring aside

I’m a big fan of the differing levels of gravity that words like ‘altercation’ and ‘misdemeanour’ have in UK and US english.

What are people’s thoughts on Joe Mixon, and how would you react if your team drafted him?

No idea why he’s not in prison

But given the number of people already in the league with, I guess, comparable kind of shit under their belt, does Mixon’s case move the needle?

I guess drafting someone who did something like this is a definite step up from having a player on your team commit an offence, but even then the way people handle such things (like with the Giants & Josh Brown) is often equally distressing/depressing

Most of them don’t have video evidence of their crimes though. I guess it’s a good guage of whether the moral grandstanding over Ray Rice was a matter of convenience as he’d passed his sell-by-date as a useful running back (spoiler alert: I think it might have been)

just to be clear, I don’t think Joe Mixon should have any chance to play in the NFL, but it will not surprise me at all if he does

A less sincere smile I can rarely remember seeing.

Not sure if this one counts as off-season, as it started back in December, but just sentenced recently.

Well at least he got his Super Bowl ring first.

Did you see what stats he had at the Pats? 4 receptions, 42 yards and a TD. I suppose though with the Superbowl, everybody on the roster gets a ring

Based on this Deadspin piece I tried out this game:

Football season is over, which means that I am forced to fill the gaping void in my life with booze, drugs, utterly worthless draft speculation, whatever has been gathering dust on the DVR, and (oh God) family interaction. OR DO I? You fellow GAMERS...

but I found it a bit button bashy to really get on with. Ended up downloading the actual Madden mobile game and am really liking it? Still at the stage where I can run blitzes and hail marys exclusively and win games, but something quite satisfying about it (as long as you focus on the games not the weird card collecting, coin hoarding aspect).

You’re not really giving him his due here. It’s not just your normal DUI, favoured by your average member of the public and probably round 6/7 draft picks, he pleaded guilty to EXTREME DUI. Go hard or go home, mate.

That was pretty awesome describing it as extreme DUI, what does that even mean? Did he come out of the car and was still partying and tried to get the police officer to drink and party with him?

It’s when you ride a skateboard while drunk (without a helmet(!))

I just bought Madden 2016 for PS3 as it goes. I got it to play franchise mode and just coach, but I haven’t quite figured out how to activate that (it’s a bit fiddly for some reason), so I keep going through the whole loading and new season stuff, and then start a game where I’m expected to be the quarterback. The defense auto plays (as long as you press no buttons), but not the offence. Apparently even if you get it working in coach mode, you still have to do kicks (punting, kick off, XPs and field goals), which seems bizarre, but I’m into it.

I love the thought of Mike Zimmerman finally having enough of Blair Walsh’s missed kicks, donning a helmet and doing it himself.