If he can stay healthy it’ll be an absolute bargain. Had seen some rumblings about the Titans being in for him, think my wife would have been delighted had that happened.

Lions signing Tyrell Williams. Feels like their entire WR core this year will be people who’ve been your flex option in fantasy sometime in the past five years. When it comes to overtime, the NFL previously has decided not to let perfect be the enemy of good. Now, the league may be reverting to awful. Buried at the bottom of an item on the league’s official website regarding the possible expansion of replay...

My idea for this has always been a 2pt conversion shootout.

Teams take it in turns to have one play from the 2 yard line. Sudden death. If they both make it or both fail it keeps going until there’s a winner.

Think American Football is the one of their sports where eliminating the draw makes sense tbh.

It’s so high scoring that full time draws are rare, and the season is so short that one draw can have a massive impact on playoff seeding etc.

Also my way gives potential for lots of after the fact punditry about how OBVIOUSLY they HAD to RUN THE BALL there if a pass is incomplete.

This is basically a simplified version of the college system, and I think it works. Allows both offence and defence to make plays and shouldn’t take too long. Bet coaches will complain that it empties their playbooks of goal line plays though.

Updated for recent news and rumours

The @JunksRadio have obtained information from the 130+ page of the NFL investigation into the Washington Football Team - the top recommendation is "force the owner to divest his ownership of the team" per @EBJunkies. Wow. This is major.
Steved 6 March 2021 10:56 #71

Can add Alex Smith being released by WFT to this as well.

I’ll let u have this one for free cuz its March and Im a gentleman but Pls credit in the future twitter.com/complexsports/…

Throw in the Louisville Cardinal in the mix.

Does it not favour the team with the best fullback rather than just best team though.

What about both teams start at the oppostion 20 yard line with 2 minutes on the clock, who ever scores the most points fastest wins. 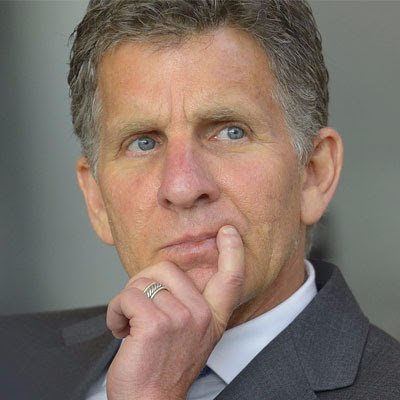 Star quarterback ﻿Dak Prescott﻿ and Dallas have agreed to terms on a new deal, the team announced Monday.

Prescott’s signing bonus is $66 million, the highest in NFL history, with a record $75 million due in Year 1, Schefter reported. The first three years of the deal average $42 million per year, according to a source.

Prescott’s salary-cap number for this season will be $22.2 million instead of the $37.7 million that would have come along with the franchise tag, a savings of $15.5 million against this season’s cap, Schefter reported.

Glad for him he got paid after all the nonsense. Disappointed because, the awful soup commercials aside, he seems likeable and it would have been fun to root for him somewhere else.