One too many fumbles for Melvin Gordon, the Broncos have flat out released him. Going forward with promising youngster Latavius Murray leading the backfield.

Wandale Robinson out for the year. Might not win another game now. Going to get absolutely spanked by the Cowboys on Thanksgiving.

really not sure what the play is for the Jets at QB now. we’ve already had 2nd years acting all entitled and wanting out because of Wilson’s play, we cannot afford another Jamal Adams situation where our generational talent leaves after all the effort that’s been put into rebuilding, especially on defence - if Zach Wilson keeps up the ‘we did nothing wrong shit’ i can see them getting very disenfranchised very quickly. I genuinely think Salah and especially Douglas have done a really good job, but we won’t have the same draft capital next year and the league is so QB poor at the moment that I dunno who the fuck we could even trade for. so frustrating, feels like even despite the massive injuries we could be onto something good if we could just move the fucking ball! wilson’s numbers are currently tracking worse than darnold’s, wild. he threw for more than twice as many yards as wilson this week at least!

I mean, he’s kind of reliable. Makes mistakes but not the worst option. He went to a Super Bowl! Somehow!

Think it came up on ATN but Carr to the Jets feels like it makes a lot of sense. Maybe Jimmy G if Shanahan wants another crack at making Trey Lance happen?

They really can’t carry on with Wilson, he’s been absolutely diabolical by every metric, and they are wasting a deep run playoff calibre defence. Is Mike White still there? He did something once, hard to see how he’d be worse. Even Flacco was vaguely passable earlier this year, all they need is C- level play.

The 9ers skill position group is unreal. CMC (with Mitchell as backup, he’s probably top 20 at the position in his own right), Deebo and Aiyuk, Kittle is barely needed but is dynamite when he does get it.

Not sure Jimmy G will be given away now but if he is it’s a no brainer. If not it will be a rookie plus someone like Brissett/Heinicke/Minshew next year. All of whom are a big upgrade on Wilson

Was gonna say Minshew. They don’t need a big arm. They need a quality pocket reader (Wilson has shown NO sign of ever being this) who can get the ball to playmakers in space.

Carr would obvs be the dream for them but he ain’t the problem in LV and they’d be crazy to trade him (haven’t looked at the cap/contract though and i suppose they’re paying Adams moon money).

I don’t think Carr will be with the Raiders next year, feels like that situation has just run its course. Could see them trying to trade him but they’d only take a $5m cap hit if they cut him.

Can’t stop watching this Zach Wilson highlights package from Sunday, the 3rd and 4th throws that somehow completely miss receivers standing still in the flat aren’t something you see a lot of in the NFL.

That 3rd throw. I know Braxton Berrios is fun sized but yeeeesh. 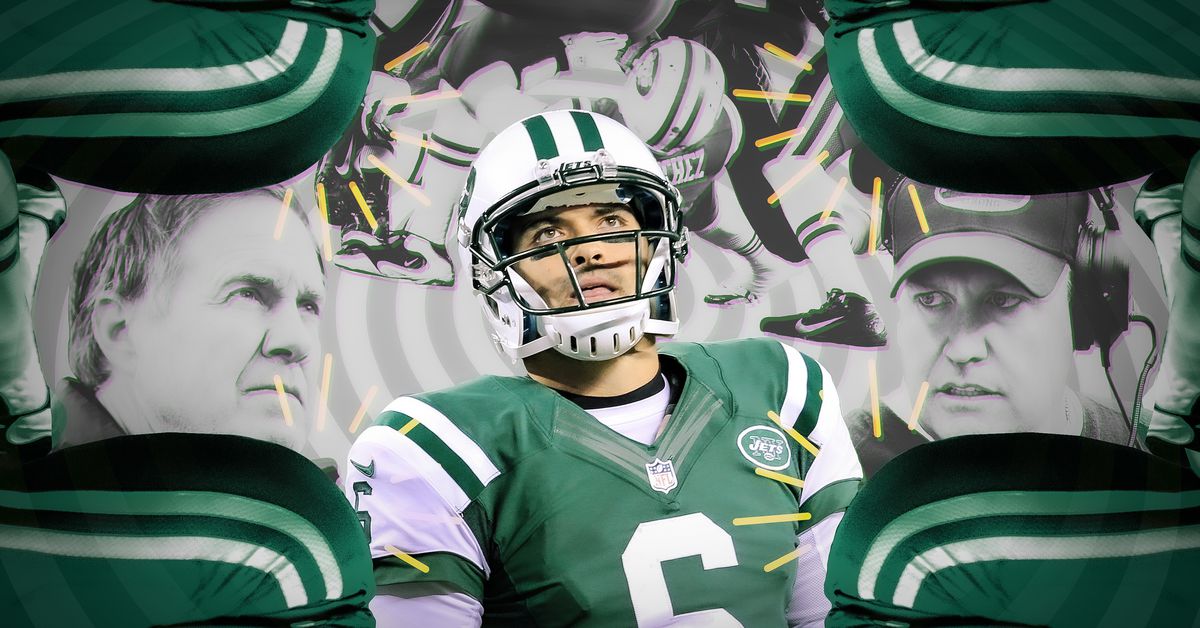 A Decade of Butt Jokes and Misery, It’s the Butt Fumble’s Birthday

On Thanksgiving 2012, Mark Sanchez and the Jets delivered one of the most memorable and hilariously bad plays in NFL history. Why does that one moment still resonate a decade later?

TEN YEARS?! Remember it like it was last week lol

Surprised Kliff Kingsbury has a job today. That team gave up in the 4th quarter.

Sam Darnold is back as Panthers QB! The last 2-3 years have to have been the worst QB carousel ever to beset one team, and the Browns exist.

Their own fault for ditching lovely Teddy