NFL Week 4 Edition: They're not sending their best

Week 4 begins tonight in Cincinnati with the Bengals hosting the undefeated(!) Miami Dolphins, before the first London game of the season sees the misfiring Vikings play the moribund Saints, with Saints coach Dennis Allen probably trying not to remember the last time he coached a London game (and got fired on the plane home).

Fortunately a couple of 6pm humdingers will be our reward as the suddenly mortal Bills play free-scoring Baltimore and Picnic Dad has a chance at revenge when the sort of good all of a sudden Jags play the undefeated Eagles. Plus the usual smattering of stinkers (looking at you, Steelers v Jets), reality checks (looking at you, Chargers without Slater or Bosa) and games that would have been a lot more fun about 3 years ago (either Bucs v Chiefs or Packers v Patriots can go here).

Fun stat of the week: if the Bengals, Jags and Raiders all win this week it’ll be the first time in the history of the NFL that there’s been neither a 4-0 nor an 0-4 team after 4 weeks.

The line tonight is interesting to me at Bengals -3.5. Vegas sees something after the seminal win on the road to the lowly Jets?

This is bad, this is on the NFL. Tua was definitely concussed last week with wobbly knees came back in game for win. Now this.

Still though, his fingers moving like that was something neurological, not good.

Holy shit that was awful. I thought he was seriously hurt.

Don’t think he’s out of the water just yet, but somewhat good news after seeing that. NFL and NFLPA going to have a shit storm on their hands tomorrow with media in letting him play after last week and rightly so. Tee Higgins also probably shouldn’t have been out there after leaving with concussion week 1 and getting popped last week. Goes for 7-124-1 today though. Don’t know man. Not good all around.

Immediately thought of Ryan Shazier when I saw that today.

no way he wasn’t severely concussed for the second time in four days. Heads will roll for this one.

CEO of the Concussion Legacy Institute, prior to the game 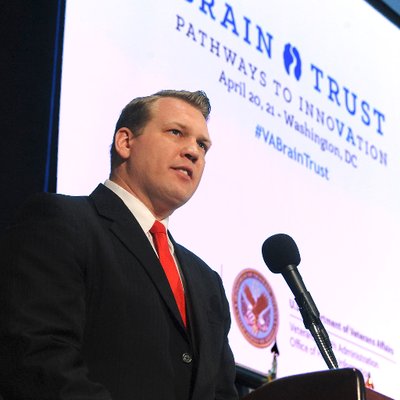 @ChrisNowinski1
If Tua takes the field tonight, it's a massive step back for #concussion care in the NFL. If he has a 2nd concussion that destroys his season or career, everyone involved will be sued & should lose their jobs, coaches included. We all saw it, even they must know this isn't right twitter.com/nfl/status/157…

@ChrisNowinski1
You guys should go to jail for letting him play 5 days after an obvious #concussion you covered up. If he dies from second-impact syndrome, I'm pushing form murder charges. twitter.com/miamidolphins/…

Tua Tagovailoa has been taken to a local hospital for further evaluation. He is conscious and has movement in all his extremities.

Was absolutely sick. One of the worst things I’ve seen in football, and we all know there’s plenty.

How is the last updated shared by the Dolphins suggesting he’ll fly back with the team, surely observation is needed here

@MiamiDolphins
QB Tua Tagovailoa is expected to be discharged from the University of Cincinnati Medical Center and will fly home with the team tonight.
Steved 30 September 2022 12:58 #12

Didn’t see the Tua incident as it was edited out on the 40 minute replay, but after hearing Al Michaels talking about movement in Tua’s extremities I knew I didn’t want to see it. That he was even playing on a short week after what happened on Sunday didn’t seem right, hope he’s able to make a speedy recovery.

In other news, the Bengals line looks much better (pretty sure Burrow didn’t get sacked) but Mixon looks absolutely cooked. Even with the gameplan clearly being to force feed him the ball the only time he managed more than 3 yards a carry was when his entire O-Line pushed him over for the TD.

Saw it and really fucking wish i hadn’t.

The ‘fencing response’ is immediate and fucking horrible. Purely a neurological response to brain trauma.
Fucking stupid bunch of pricks to a man.

I still can’t believe they have the nerve to say he wasn’t concussed last week. We SAW him, wobbling and stumbling and shaking his head, being helped from the field because he couldn’t walk on his own. I genuinely don’t care what tests he may have passed after that, common decency says take him out for his own sake.

Somehow you still hope that these days they’ll do better but they won’t. It’s ingrained too far.

Even more ironically, the three things that the NFL care about above all else are ones that will suffer - money (they will lose paying fans), viewing figures (people will turn off) and wins (the Dolphins have risked the health of their talented young QB, the greatest asset of all). Not only wrong ethically, but even from a business point of view, the only one they seem to understand.

Anyone going to the game today?

Andy Dalton has taken Ryan Fitzpatrick’s mantle as the QB who will absolutely start at least 3 games a season if he’s on your roster.

Doctor has been fired now. Assume he made the decision completely independently and with no pressure from the team/league so firing him completely resolves the issue which is very convenient

Take the microphone away from Mark Sanchez will you please? Sheesh is he unbearable.