Thank you! I can’t make it anymore but I hope it’s great.

surprised how quickly this sold out despite being a bigger outdoor show. i guess Kilmainham’s not as big as Marlay Park or something.

got my ticket anyway

Excellent! Got mine as well

Kilmainham’s a lovely venue, saw Leonard Cohen there a few years back.
And it’s really easy to get to, being a short walk from Heusten.

Yeah I saw Beck + Jonny Greenwood there a couple of years ago, and was at the first Forbidden Fruit there a few years before. So handy to get to compared to Marley Park etc.

he was amazing the other night btw, obviously

Hopefully with Patti Smith supporting - she’s supporting in Ireland and has announced a Brighton date for the night before this https://www.gigantic.com/patti-smith-and-her-band-brighton-dome-2018-06-02-00-00.

aye, going to this too. insane line up.

although, he seems to be getting a kicking on facebook like radiohead did cos of playing Isreal. Some of it is very aggressive.

Bit jealous of this lineup, thought Dublin was good for just having Patti. It says Victoria Park is over 3 stages though so there might be clashes?

I think the weekend before at All Points East is the 3 stage festival. Whereas I think both Nick Cave’s day and The National’s are just 1 stage, similar to the British Summertime things at Hyde Park.

Every now and again when this thread gets bumped I imagine a big music venue that’s shaped like Nick Cave’s head (looking a bit like the entrance to Luna Park) and it walking around the place slowly and that’s what the thread is about.

ah i was going by the poster:

Well you’ve done me there

Swear I read something about it being “one show” for this one in Time Out or some similar magazine.

Not great that it isn’t fully clear. Also doesn’t make huge sense that they’re marketing the weekend before as a festival but these as shows…

TBF, even the BST shows are multiple stages, even though they’ve got comparatively small bills compared to a full festival. Wouldn’t surprise me to see the four acts already announced on the main stage and a further support bill of around 8/10 artists scattered across the other two stages.

They need to make the other stages bigger than the ones at BST though. That tent was absolutely RAMMED for Owen Pallett, Phosporescent and Caitlin Rose on the years I went. Far too small. 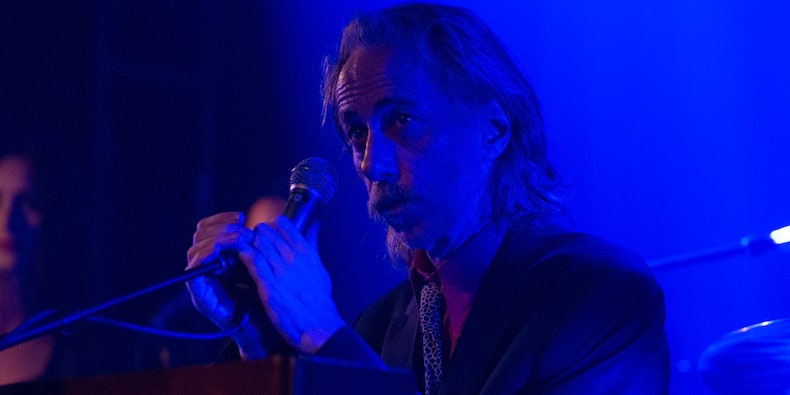 “I’m sure you’ll all join us in sending our beloved Conway lots of love & very best wishes.”—Nick Cave & the Bad Seeds

was wondering why he’d gone AWOL from the band recently. thought maybe he’d drifted away after minimal credits on the past few albums. sounds like he’s on the mend anyway!

wait this is from October, how did i miss this?

I’d missed that as well, hope he’s back playing with them this year. He’s a great backing vocalist, would love to hear them play When I First Came to Town with him onstage one day.

Search for screenings / showtimes and book tickets for Distant Sky - Nick Cave & The Bad Seeds Live in Copenhagen. See the release date and trailer. The Official Showtimes Destination brought to you by Trafalgar Releasing