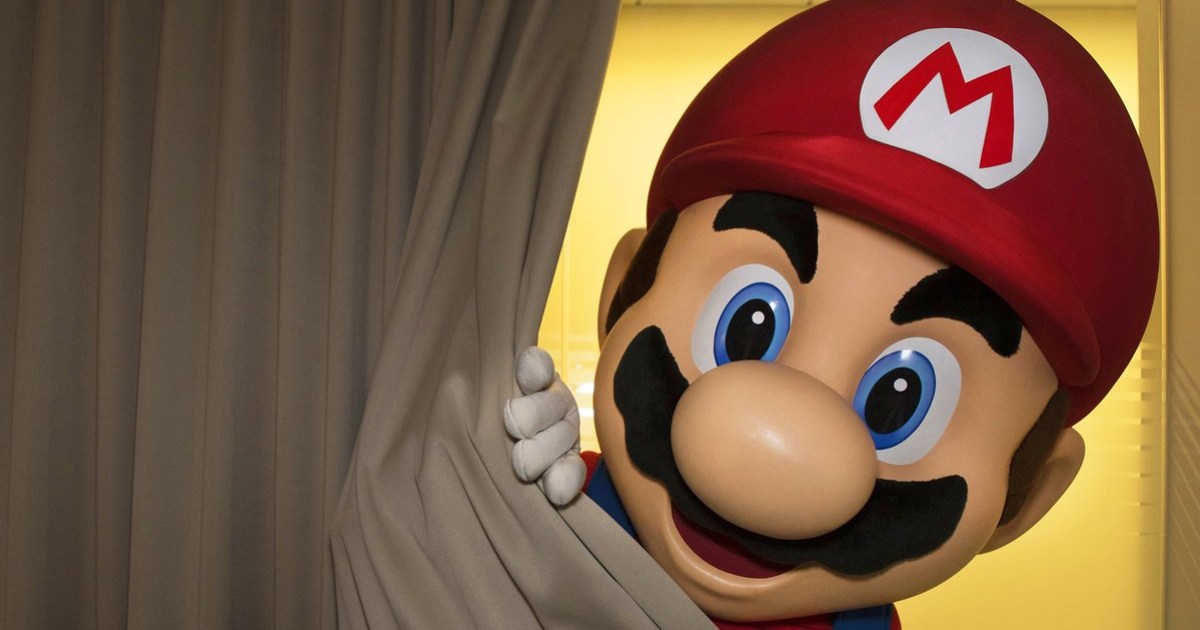 The mysterious new console from Nintendo will finally be revealed this afternoon, in a surprise livestream event.

Somebody said that it’s being priced at €80 or something? That’s pretty cheap. Well, except in the UK, obviously.

I’ve got a bad feeling about this, but would love to be surprised! I love Nintendo games to death and would like to see a console that makes me feel the outlay will be worth it play me some Mario and Kirby.

whilst i’m here, posted in the other thread about mario sunshine - is it just me or is it the hardest mario game ever? so so frustrating. I’ve got about 5 stars in about 5 hours

It’s meant to be a three minute long trailer in advance of a full reveal next week. Don’t expect too much more today other than the branding, a quick look at the machine, and video of a game or two (probably Zelda and Mario, I reckon).

I’m excited. I don’t know why because the Wii and Wii U were so disapointing, and came after the slightly disapointing Gamecube. But I’ll probably get an NX within the first year/year and a half of its launch. Not sure if I’ll hold off on playing the new Zelda until I get an NX though… Yeah, I’m thinking of getting one. Didn’t have a Wii or Wii u, so if they have an online store or backwards compatibility (I can dream…) there’d be plenty for me to get stuck into…

Stuff I’ve heard (which could all be way off) is that the NX won’t be backwards compatible. Apparently it’s going to use cartridges, some kind of cross between the N64 ones and what the 3DS has. If so, there won’t be a disk drive.

Have to imagine they’ll have them for download though. It is Nintendo’s whole ethos, selling you the same game over and over.

Most of the more authoritative press are pointing to this blog and saying it’s very accurate. I’d definitely be up for a hybrid portable/home console but I can’t imagine what it’ll actually be like until I see it.

Some very very ridiculous rumours circulating this morning suggesting that it’ll have a built in projector.

Hmm 32GB internal storage doesn’t sound like a lot does it. Like you mentioned above this is going to be a short reveal that probably raises a lot more questions.

Slightly odd timing as usual, if they’re having the full reveal next week. Maybe the NX is halloween themed?

Allegedly three or four big devs have been waiting for the reveal in order to announce titles they’re developing for the console. This afternoon’s video is an hour before the Red Dead 2 trailer which may have influenced the timing.

Some very very ridiculous rumours circulating this morning suggesting that it’ll have a built in projector.

It’s Nintendo. Literally can’t discount anything at this stage.

would really love it if nintendo could pull it back. perhaps if someone could use a mind eraser so we never have to think of the wii or wii u again pls

I hope it’s called the Wii2 As we approach 3pm I can’t help but feel that old childlike sense of giddiness that I used to get before Nintendo E3 press conferences. Just when I thought I was out…they pull me back in. Probably going to be a huge disappointment.

Looks great
Looks like a lot of bits to potentially lose