Can’t adjust to life after Tinykin

Finished Machinarian - what a bloody lovely game. Would recommend.

Absolutely brilliant game. Ruining my life not having it anymore.

Anyone want a free screen protector? I don’t know if it fits every model - I have the OG

just a couple bones for postage Splatoon 3 is so fun. I’m absolute dog shit at salmon run though.

MsWza has suggested we get a Switch for the household for Christmas. The kids will be ~6 & ~3 at Xmas, so seems like a decent plan. I remember my folks getting an Atari 2600 in at Xmas when I was ~4. Pole Position, Q’Bert, Ms Pacman - truly magical scenes. The youngest is now juuust about old enough to grasp what’s going on and the eldest, having just started school, will no doubt inevitably have pals who are chatting about games.

The OLED 64GB upgraded version looks like the obvious way to go. In white, so they don’t argue about who gets which colour controller. And a subscription to the online thingy (there’s a single user and a family version, so family version yeah?). Anything else to consider? I’ve read the summary of this thread. @1101010’s kids Switch games thread is good. But yeah, been out of the vidyagame game for a while.

Maybe thinking about getting, like, 4 games from the off. Nominally one each, but choices that we can all get something from. Probably not a bunch of AAAs, just stuff to get us up and running and the kids (and is parents) used to the whole shebang.

I like the look of Untitled Goose Game, and perhaps a sports/party compilation would be a good starter. Saw Splatoon on the GamesMaster reboot - looks fun. One of those Pet/Animal ones would catch the eye of the youngest. Eldest would be drawn in by the idea of an LOL dolls or My Little Pony game, no doubt. But is all that just gonna be total utter garbage, and we’d be better off just getting Mario Kart and Animal Crossing and taking it from there?

Presumably 3 yrs old is too early to get the gist of Minecraft, but 6 is about right (though whether they’d be into it is another matter).

I guess there’s a bunch of cheaper basic arcade games from the online downloadable thingy to explore?

Talk to me like the estranged out of touch old man gamer of yore that I am.

Yoshi was the game that finally got M into things when she was 5. Amd as mentioned (by me) about 500 times lately Tinykin.

Deku Deals tracks the prices of Nintendo Switch games on the eShop and at major retailers. Sign up and make a wishlist to get alerted when the games you want go on sale.

Because a lot of games show up half price digital. Obviously you can’t sell on but it depends on the game.

Skywalker Saga Lego is great if your kids like the films but still you may well end up helping them.

Animal crossing and Miitopia are both hits here and keep her coming back.

Yoshi and Mario kart (with the assist mode)

Possssssibly animal crossing as a crossover game, although the annoying thing is it only really allows one instance of an island, i.e it’s very single-player, so there’d have to be full co-operation on stuff like interior design or arguments could ensue (I’m worried about the parents here)

Also from what I know of @TheWza you would be very much on board the Horace train (current passengers only me and @littlebirds).

I guess there’s a bunch of cheaper basic arcade games from the online downloadable thingy to explore?

There’s approximately a billion games on the eshop, something for everyone.

My eldest mainly wants to play Street Fighter if the opportunity arises.

@hip_young_gunslinger are you by any chance having trouble with your 8bitdo disconnecting every 5 min?

It’s a modern game, written and made by one 40 something English bloke on his own, full of 80s and 90s uk pop/geek culture references.

Humour very much in the vein of the old Amiga magazines

I haven’t used my controller (SN30 Pro) with the Switch for a while, been using it with a tablet instead where it’s been fine afaik.

Use my 8BitDo fightstick with the Switch regularly connected via Bluetooth and no issues as yet.

Might need a firmware update but it’s fine with PC. fuck sake.

Hmm. Game nostalgia, like retrogaming as a concept, can be a bit of a turn off for me but I’ll look it up, cheers.

If you don’t, then maybe not for you… 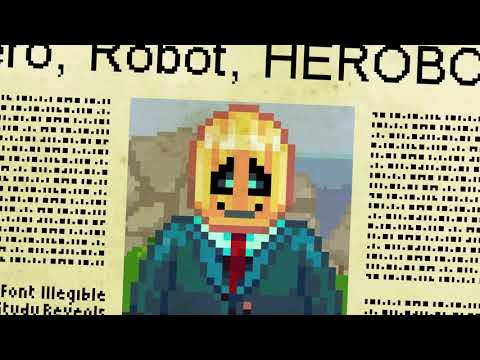