Was just about to buy Disco Elysium in the sale but I’m having second thoughts as I’m also buying a pretty high spec PC over the coming weeks and wondering if I should play it on there instead. Heard there are some performance issues on Switch, and suspect it might not be an ideal handheld game?

Played it on PlayStation so can’t comment on that but I think handheld Disco Elysium would be sick if it was functional since most of it is basically reading.

I’ve only played an hour or so since buying it a few days ago but apart from a very long initial load, performance has been fine and I think it suits playing handheld pretty well tbh.

Bought Hoa for a few quid. 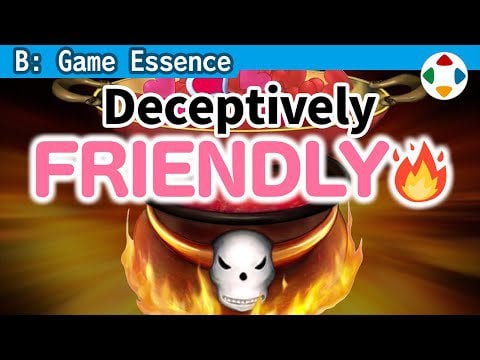 r/GamingLeaksAndRumours - Sakurai: "It sure would be nice to play Kid Icarus:...

Xenoblade 3 is pretty good, eh? Wasn’t sure about the whole switching class thing for each character, felt like a faff - but it’s making a lot more sense to as the game goes on.

If they sort the aim/camera system out, this could be amazing

where to start with stardew valley, i’m on day 5 still not sure what I am doing

Anyone want a cheap copy of Ring Fit?

Now you’ve reached day 5, if you head to Pelican Town in the morning the game will open up the overarching quest for you which should give you some direction.

Do invest in seeds early on and try out multiple crops, but bear in mind the plants will die on the first day of the season. So for example, given parsnips take 4 days to grow, there’s no point in planting them after the 24th of Spring.

Can give clearer pointers if you need, but don’t want to spoil up front

Thanks, it has said I’ve got a scarecrow and fertiliser recipe but can’t see an option to use them

I bought Disco Elysium on Switch in the end. Played a couple of hours last night, enjoying the semi obscure references to Sea Power songs

Been a while, but IIRC when you open up your inventory there’s a bunch of tabs across the top. Crafting is inside one of those. The other tabs are useful as well to keep track of relationships, quests etc.

I’m absolutely loving it. Playing as a grotesque intellectual with zero savoir faire and just seeing what happens. Haven’t died yet, which is surprising!

Yeah I went for a custom empath with no physical strength. Died after 1 min but not since, although did hit a bug where a dialogue finished and the end button never popped up, leaving me completely stuck. Luckily it was just after an autosave.

How much & is it suitable for kids?

£20 and yeah, I think so… I don’t have kids, do you mean will they find it fun or is it unsafe in terms of plastic parts they can choke on? The minimum age user rating is apparently 7.

holy crap when you join the blob person

Really want to love this game, but just had an extremely annoying session. Died by kicking a mailbox lol and lost quite a lot of progress (my bad for not saving manually). Repeated a bunch of stuff although got some different outcomes, which is fine, but then just bugged out at the same dialogue point as previously forcing me to hard reset. I also had an active task in my log which I had definitely completed (was one of the first tasks).

Ok so seems both of these issues are known bugs, great.

Minimum age ranges are very much a suggestion, usually you can subtract a year or two in my experience. Was more thinking in terms of arm strength needed to do the exercises with the ring - whether they can do the movements.

Happy with £20 though. Will DM for details etc.