No One Likes Us: Millwall!

What do you lads think about Millwall maybe losing their stadium due to the council buying the land the Den is on and selling it to developers? 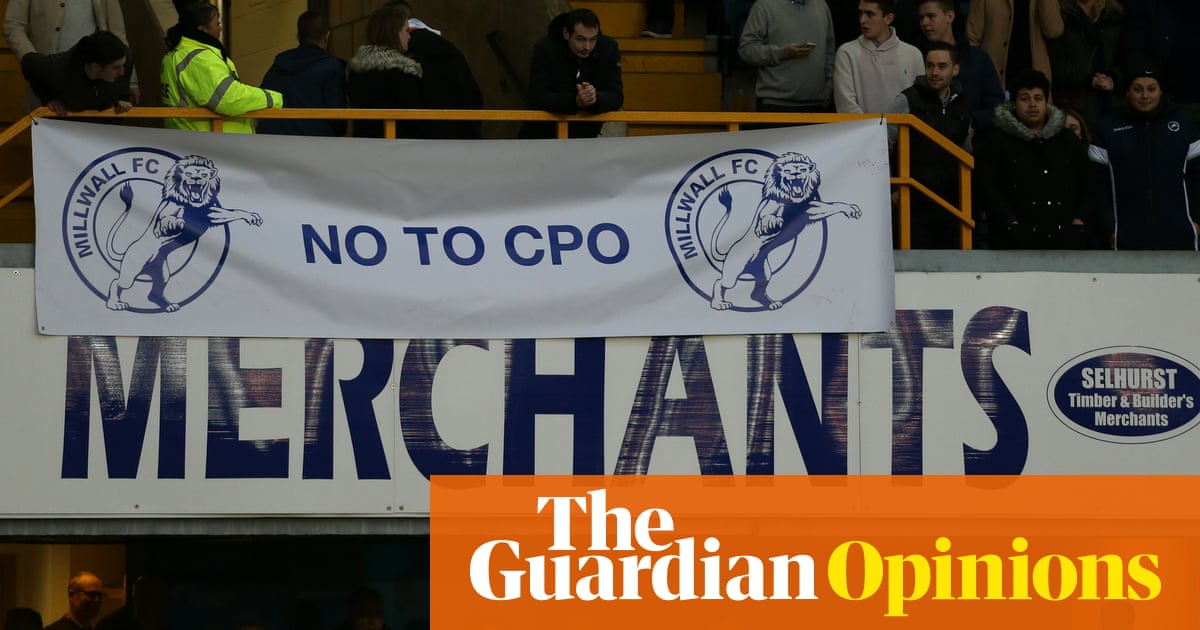 As Millwall’s crisis shows, football is about far more than just sport | Tim...

The club’s stadium is under threat – if it goes, the wider community will lose not just a local team, but jobs, soccer schools, and much else besides

They’re a fucking scummy club who’s fans do more than any other club to keep the 80’s hooligan image alive but this is fucking dreadful and, as always, football clubs need way, way more support as community assets than they get.

Yeah, it’s really sad. Obvs they’ve got some utter clefts in their ranks and it’s fun to mock them for that but it’s awful news for the fans & the area, and indicative of a bunch of other worrying trends (esp. in London)

I feel like there’s a lot of weird ironies involved - like that they’re named for a place where they haven’t played for a century, and that they famously take pride in the fact that they’re despised then act outraged when finally threatened with marching orders. I do wonder how many of their fans are properly local to the area though - or what kind of regeneration you can bring to area in the shadow of that giant incinerator plant.

Also interesting what it means for local democracy - the council is made of entirely of Labour councillors with a single Green, so in terms of scrutiny, opposition debate etc, there’s a lot to think about.

Also apparently the club have previously been heavily involved with regeneration plans for the area and are just pissed off that this isn’t the version they wanted so played brinkmanship with the council until it came to this, so idk.

yeah ^this, they’re not exactly an attractive team to glory hunt. Doubt you’ve got loads of people in Manchester claiming to be lifelong millwall fans because of some vague, generations-old familial connection to the area

I think the solution is they move back to the Isle of Dogs, but have to change their name to New Cross.

The article doesn’t address the actual issue. The land the ground is sited on is not up for compulsory purchase, it is the land surrounding the ground. So the ground isn’t under threat (at the moment). The issue is that it restricts any future expansion of the stadium/facilities if Millwall were to get promoted to the Prem. Current capacity is 20,000 (x2 of Bournemouth) and they only half fill it week in week out.

Obviously if it did happen then it would set a terrible precedent. Can imagine the NIMBY attitude of whichever town or area is touted as the potential new home of Millwall.

Lewisham council are becoming real dicks tbh
As bad a reputation as Millwall’s fans have the club is actually fairly involved in the community with youth project and all the rest of it, and this’ll set a precedent for the council to just keep gentrifying the area. Boo.

I’ve lived near two stadiums (uptown park and currently live like 2 mins from the den). Don’t really get the whole thing with Millwall fans compared to supporters of other London clubs, tbh. If anything, they’ve been more well behaved than fans of other clubs I’ve come across (West Ham being the main offenders).

Maybe its their away support that’s a bit shit though? (usually the case)

Uptown Park! You’ve been living in a white bread world!

(Perhaps worth noting that of all the Lewisham candidates I emailed ahead of the last election regarding a number of issues, the lady that won was the only one not to address my questions about football governance)

Maybe its their away support that’s a bit shit though?

Seems to be. The Den is relatively troublefree AFAIK but their away fans are a bunch of cunts. have to get a police escort to/from the M1 when they play in Sheffield now after they smashed up a few trams a couple of years back

don’t even care, loling quite a lot at my desk.

I feel like there’s a lot of weird ironies involved - like that they’re named for a place where they haven’t played for a century,