Alvechurch, who I guess are my local team, have got through to the 1st round of the FA Cup. Might finally get myself down to watch them if they get a home tie.

They’re supposed to be moving to a new ground next door to Birmingham’s training ground but it’s been drawing out for ages. Think they want to sell their existing ground for housing to fund it but, quelle surprise, the village NIMBYs won’t allow it. Will be good if/when they finally move as it’s a 10 minute bike ride from mine, so I’ll have no excuse.

Hopefully they do manage to stay where they are. It’s a great place to watch football in the heart of the town, proper old school non league kind of ground. The proposed new stadium puts them in Birmingham and away from Alvechurch altogether.

Unfortunate to go down 1-0 to Chippenham Town in an FA Cup replay… then all hell broke loose after the game and we had four men shown red cards after the whistle.

Looking forward to being summoned to FA Towers to answer various charges for that one!

What a game this was - Merstham and Guernsey were the two bottom clubs in the Isthmian South Central when they met last week.

Guernsey got battered but were actually leading 2-0 up going into added time, and then… well see for yourselves: 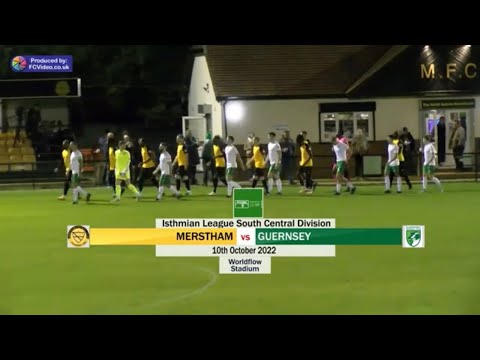 Also loved ‘Welcome To Wrexham’ - got better as it went along and really happy it showed how serious certainly Rob was about getting involved with a club. Very funny, very human, very good.

Plymouth Parkway v Hendon, huge game at the bottom of the league.

0-0 after 17 minutes when our keeper claims the ball just inside the penalty area, slides outside through momentum on a slick pitch and lets the ball go. Sent off.

Centre half in goal, Hendon lose 6-0.

After the game - the ref says he got it wrong.

Sometimes, it’s beyond words and emotion.

Bit of a piss ground, although lots of food/drink options and I like some of what they’re trying to do. Also Taunton have one of the coolest badges in football

Sometimes wonder if that’s what Carshalton were trying to achieve when they created the “Robin with gunshot wound” badge during the Paul Dipre rebrand.

had a great wee away day out in St Albans to the Enter Shikari bowl, lovely weather, away support in fine voice and we won for a change which was nice

Catching up on Welcome To Wrexham. Hooliganism episode is really good, very informative but also personal, and I’m crying my eyes out at the episode where Jordan and Kelsey have a stillbirth

absolutely devastating, i literally don’t know how people can decide to have kids knowing that something like that could happen, how could you ever recover

Proper magic of the cup stuff yesterday at King’s Lynn v Hemel Hempstead. We were winning 1-0 until the 96th minute, at which point the Hemel goalie comes us and scores from a corner. The game goes immediately to penalties and Hemel win. I’d imagine there was a lack of Dacorum at the end!!!

(Hemel Hempstead can be found in the district of Dacorum)

Admiring the ambition here too:

@officialKLtown
With the news coming through that our game against @StevenageFC will be shown across the world, we would firstly like to welcome our new international Linnets and secondly our kick off times across the globe. #WeAreLynn https://t.co/0vdBrRn8YI 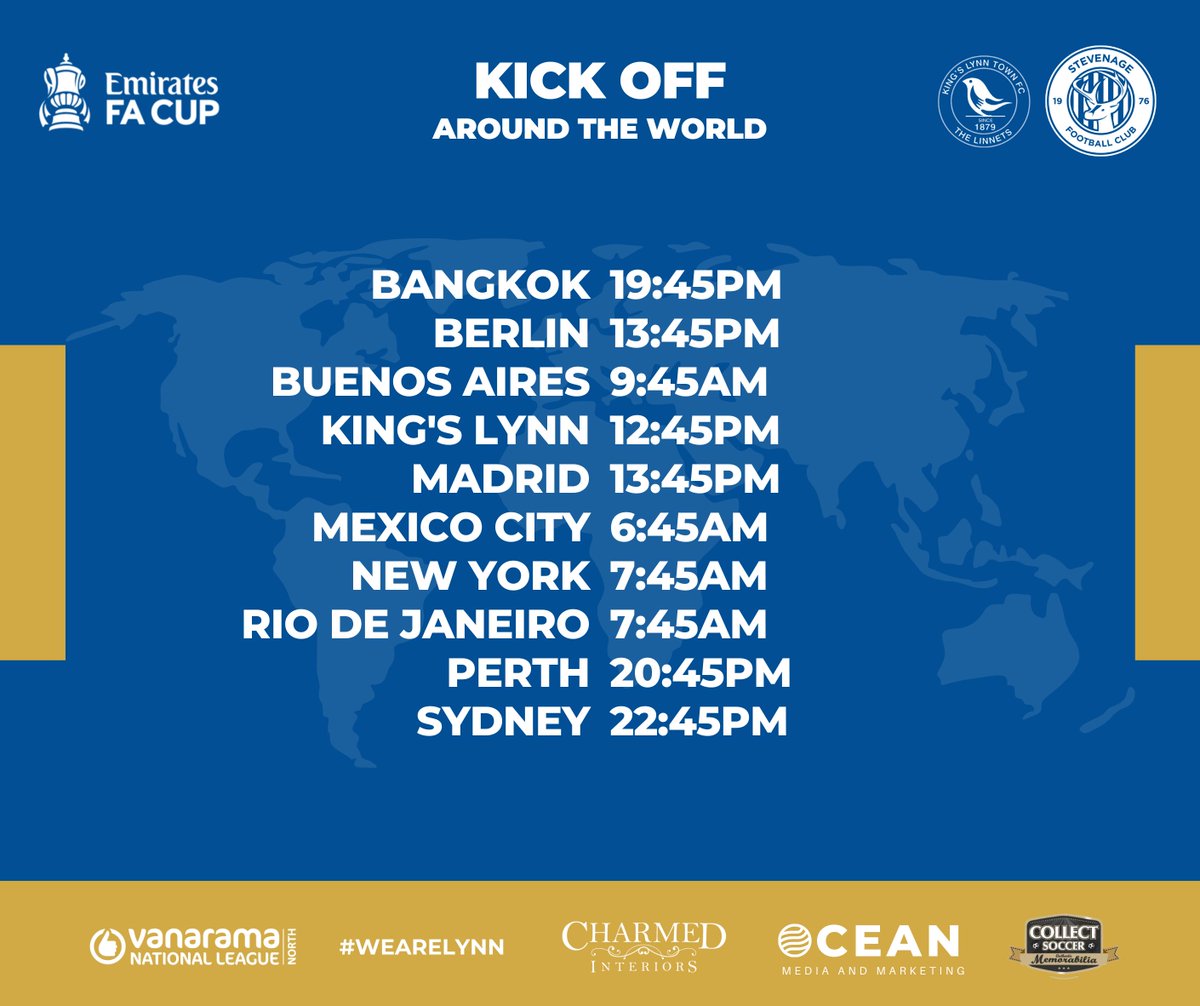 (You might spot me in the crowd on Saturday!)

Good luck! Imagine a Kings Lynn vs Norwich derby in the third

We’re in excellent form at home so there’s a chance!

I would like 100% go to that game, home or away, if it somehow materialises

Good timing for this to come out @jack_murley
Fancy a really positive story about being gay in football? Non-league boss Liam Braisdell (@BraisdellLiam) was inspired by @Jake_Daniels11 and others to share his journey with us. We think you’ll love this episode! 🎧 | bbc.in/3EUuYUN #BBCFootball | #BBCWorldCup | 🌈 https://t.co/fOHFiIKkBi 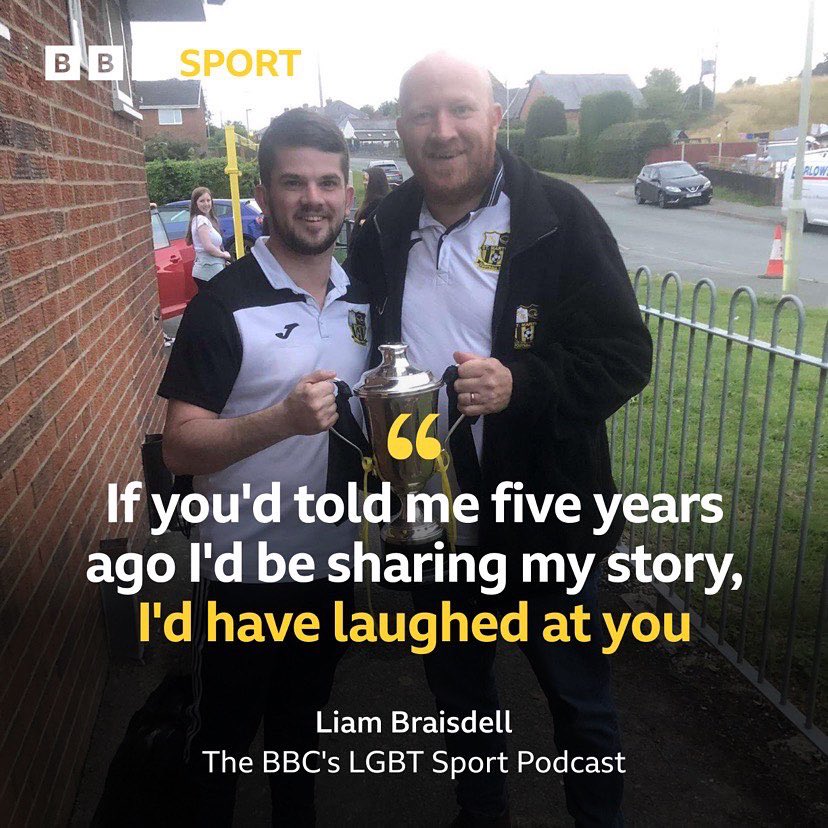 @jack_murley
In a week where there’s been so much talk about symbols and rainbows in football, listen to these forty seconds. Because you’ll never hear a clearer example of why it matters so much. It literally says it all. 🎧 | bbc.in/3EUuYUN #BBCFootball | #BBCWorldCup | 🌈 https://t.co/FUR4zicJHr

It was West vs St Martin’s, where we won 18-0 - West were so merciless because goal difference was a concern for top of the league. Still felt pretty brutal even though their players knew the situation. Exciting times for Worksop Town. This season, including pre-season, they have played 36 games, winning 32, currently on a winning streak of 14 consecutive league games. They have a big lad up top who is absolutely incredible in the air, he can bring down any ball from anywhere. Unreal control.

We decided to take in an away game at the titans of Ossett United at the weekend. Ossett revel in the nickname “the Sheepicorns” and their ground is a dump. Worksop scored a 90th minute winner, resulting in two old guys in front of us squaring off and attempting to headbutt one another. A bit pathetic really. One of the coaches got sent off too which my son thought was brilliant. Good day out, all told.