Considering seeing Soccer Mommy at the Paradiso during a weekend in Amsterdam in Sept. Anyone ever been there or other notable gig venues abroad? Is it any better than the O2 supremacy nightmare here?

Going to see the Mountain Goats there in November and discovered when buying tickets that you get a discount if you’re over 65, under 26 or live local.

Anyone ever been there

Is it any better than the O2 supremacy nightmare here?

It is a converted church, with raised levels around the edges on the main floor, plus two balcony levels. The venue has a smaller room above the entrance where they program less popular bands.

Is it any better than the O2 supremacy nightmare here?

Two things to note though, @waveyswirley, you have to have a membership (lidmaatschap). The minimum length is a month but it’s just a few euros. And beware that start time of the event can often be basically the start time of the headline set if there’s no tour support.

I’ve not been to the Paradiso before, but I have been to a few overseas venues.

We saw Carly Rae Jepsen at La Gaîté Lyrique, in Paris, which was a small, 750-capcity soundproof box in the middle of an old theatre foyer. Lovely space.

Back in 2015, we saw the Polysics play a homecoming gig at Shibuya O-East, which is an excellent 1200 capacity venue. It was one of the most fun gigs I’ve ever been to. Japanese audiences are brilliant.

In September we’re off to Madison Square Garden for Pet Shop Boys/New Order. I’ve not been there before, so don’t really know what to expect.

Think that’s it, outside of festivals like SXSW, Airwaves etc.

Saw Volcano! in a venue called Chelsea in Vienna. Yr standard in the arches under the railway type of venue. Was fun

raised levels around the edges on the main floor

Absolutely love this about Paradiso – one of the rare instances of a venue where it’s possible to be short, be near the front, and actually see the stage all at the same time!

Paridiso is lovely as mentioned above. There’s a new Paridiso Nord venue a 2 min ferry ride away from the central station which is obviously far more modern.

Melkweg is also a great venue for gigs.

Been to a bunch of shows abroad, I always check what gigs are on before we go somewhere (rather than actually traveling specially for a gig). I really enjoy experiencing crowds from different countries
and how bands react etc.

For example, I was used to seeing Interpol in black suites and not saying that much. In Oakland it was like a dress down day at work, jeans, a shirt and really chatty.

Saw The Thermals at Paradiso in 2013, although I think it was a smaller part of the venue. Was enjoyable.

Went to see King Khan & the Shrines at that venue. Also had a blast.

I’ve been to dozens of gigs and several venues in Tokyo. One that stands out is Club Quattro in Shibuya, which is your standard grotty black box of a 500ish cap venue, except it’s on the fifth floor of a glitzy department store. Massive change in vibe when you get in! From memory I saw Dinosaur Jr, 65dos, and Calexico in there (not on the same bill). Also remember a festival at the Makuhari Messe convention centre, where looking up the bill has made me realise I missed Daft Punk. But on the plus side, I also missed Tool in favour of Massive Attack (with Horace Andy! and Liz Fraser!) 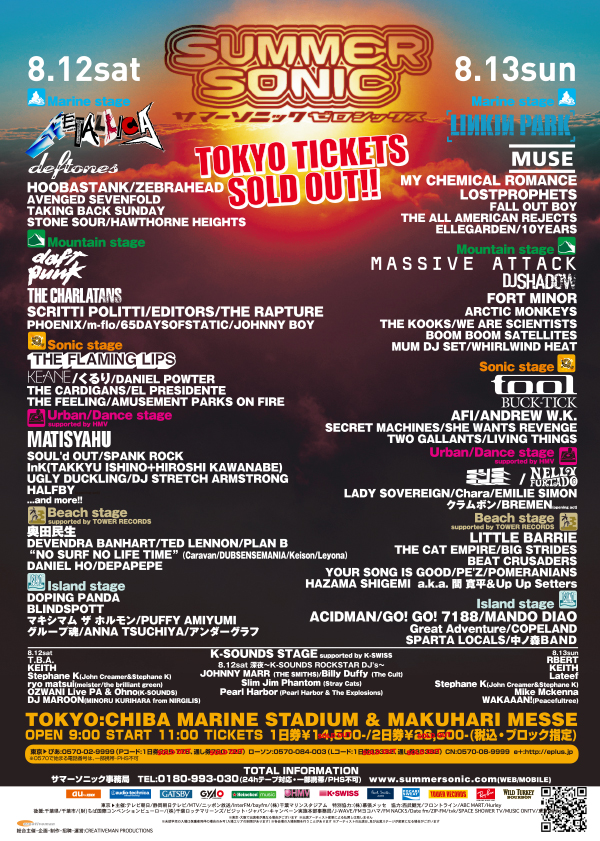 Thinly veiled I used to live in Tokyo post

Plenty of good venues in Dublin as well. Whelans was terrific, and Vicar Street does a great job of drawing big names to a not that big venue - saw Nick Cave and Patti Smith in there, plus a Calexico show that is one of the best gigs I’ve ever seen in my life.

Some good venues in Utrecht.

Quattro is the only venue I’ve been at for a gig in Tokyo.
Thought it was really great. Nice venue, chill crowd and no mucking about. Bands started at the time that was advertised too and everything seemed really efficient. Quite like that a drink is included in ticket price too.
We saw The Shins: