Didn’t realise there’s a thread for this now!

might not have started it if I knew about this one!

Gfs housemate works for the Bolivian embassy and they’ve all slowly been sacked since the coup, she was one of the last left and she got fired on thursday with 1 days notice

*Scorpion from ‘Mortal Kombat’ voice* "GET OVER HERE*

Polling almost finished, good reports of turn-out in places. Advance polls showing a real possibility of a swing towards left parties. It’s the hope that kills you but fingers crossed for some genuine change.

They’re sending another abortion bill to Congress in Argentina

backed by the president this time, hope it leads to the right result

Gustavo Bebianno, 56, former Minister General of Jair Bolsonaro and a pre-candidate for mayor of Rio de Janeiro, died this Saturday morning (14) victim of a massive heart attack. The information of his death was given by the current state president...

that feels like a long time ago. has he fucked it?

Brasilia, Apr 4 (Prensa Latina) Jair Bolsonaro's irresponsibility in the face of the SARS-CoV-2 virus crisis may have irritated the Armed Forces into choosing Chief Minister of the Civil House, Walter Braga Netto, as the new operational president of...

Prensa Latina is the official state news agency of Cuba, not exactly a neutral source of information.

It is true that there is a major rift in the Brazilan government and an attempt by Bolsonaro to sack his health minister, Luiz Henrique Mandetta, was prevented by the military officers in his government, including Presidential Chief of Staff Walter Braga, an active duty army general.

Mandetta has publicly disagreed with Bolsonara over the president’s denial that social distancing is essential to stop the spread of the virus.

Bolsonaro did finally sack his health minister today and replaced him with Nelson Teich, an oncologist who supported Bolsonaro’s presidential election campaign.

It looks like Bolsonaro has won his battle with the military, at least for now.

Former President of Georgia Mikheil Saakashvili is set to be deputy prime minister in the Ukrainian government after receiving an offer from current President Volodymyr Zelensky.

Saakashvili confirms offer to be deputy prime minister. This sounds like an acceptance speech: "It is a great honor for me to receive an offer from President Zelensky to become deputy prime minister of the Ukrainian government for reform." Misha's post and a quick translation: https://t.co/VUM1k5qoW6 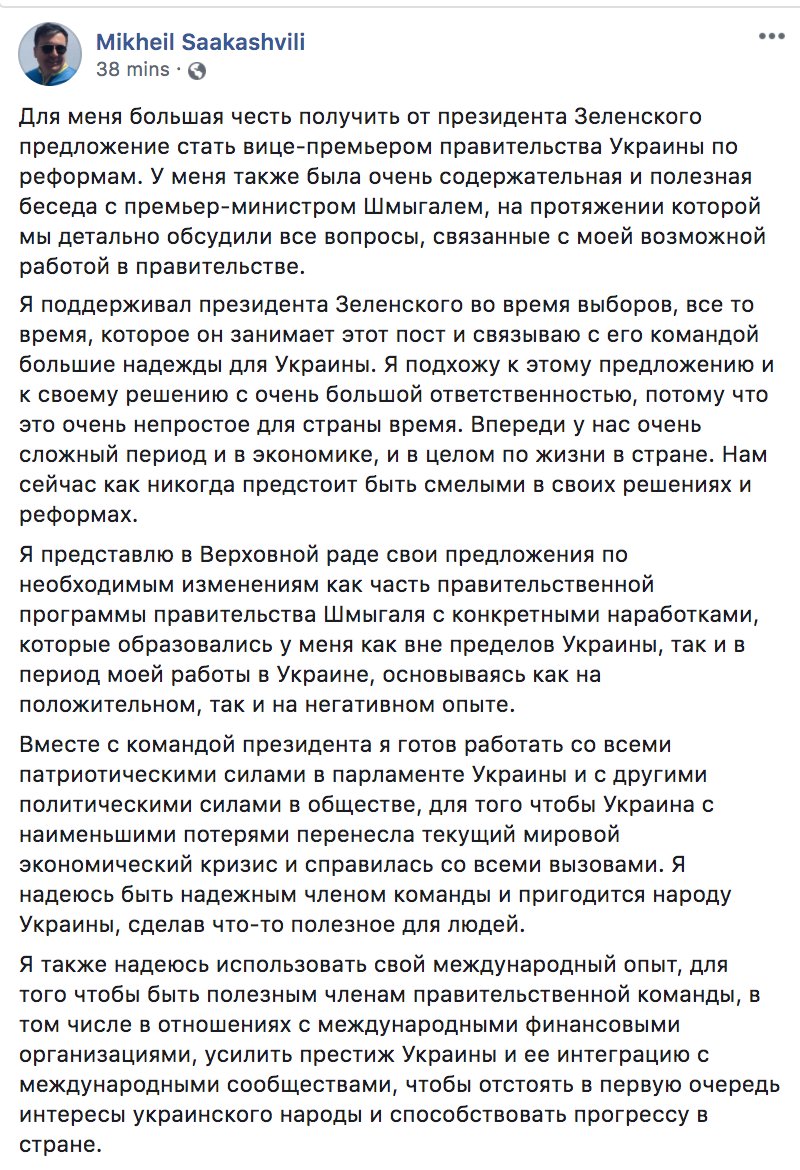 Based on Saakashvili’s history (and especially his last foray into Ukrainian politics), this could be a car crash appointment.
1 Like
aboynamedgoo 24 April 2020 15:12 #167

Brazil’s justice minister, Sergio Moro, has just resigned over Bolsonaro’s sacking of the Federal Police Chief Mauricio Valeixo, who worked in a position similar to head of the FBI in the US. Moro saw this as unacceptable political interference in the justice system and has decided to pack his bags.

Moro and Valeixo worked together on the so-called Carwash scandal that exposed corruption amongst many senior politicians, including former president Lula. Moro is very popular with the Brazillan public and could be a candidate in the 2022 presidential elections.

is Moro still very popular across party lines or is he just popular with the right now?

He still is (or was) the politician with the highest approval rating in the country, according to a poll taken in January

I thought that leak the intercept reported on (where he was obviously corrupt) had soured the centre on him?

He is seen by some as an anti-left zealot, but he has always denied the content of the leaked conversations (as revealed by The Intercept Brasil last summer) are true.

Fresh elections in Bolivia were due to be held yesterday, but they were postponed indefinitely in March following the country’s lockdown due to the corona virus pandemic.

On Thursday, Bolivia’s Legislative Assembly - dominated by MAS, the party of ousted president Evo Morales - approved a law requiring presidential and parliamentary elections to be held by 2 August. The Senate passed the law on Friday night.

De facto interim president Jeanine Añez and her government have objected to this new date, saying the elections should be held “when the pandemic allows us to”. She refused to sign the law. However, parliament rejected Añez’s objections and the law came into force after it was signed by the parliament’s president.

This week the government will appeal to the Constitutional Court to file a lawsuit to strike out the new law as they claim there is “a contradiction between this law and the constitution. It threatens the health and life of all Bolivians”.

A video tape has appeared of President Bolsonaro during a cabinet meeting citing persecution of his family as a reason to replace the head of the federal police in Rio. This recording supports claims from former Justice Minister Sergio Moro that Bolsonaro interfered in the country’s justice system to further his own interests.

Brazil’s prosecutor general will now have to decide whether to charge Bolsonaro with obstruction of justice and abuse of power. If the Supreme Court and Congress see merit to any charges, Bolsonaro would be suspended from office and forced to stand trial. However, it seems there is no real desire by lawmakers to pursue impeachment (yet).

Brazil’s health minister Nelson Teich has resigned, after less than a month on the job. No doubt over clashes with Bolsonaro over Covid lock downs.

In Belarus, the presidential election is currently scheduled for 9th August. Lukashenka is (obviously) odds-on to retain power, but might actually face some serious obstacles. Leading opposition activist and prominent blogger Syarhei Tsikhanouski remains under arrest.

Today Belarusians are once again queuing all across the country to give their signatures to opposition candidates. It's the only form of public gatherings still legal in #Belarus so people take advantage of this to protest against #Tikhanovski's illegal arrest. Minsk right now: https://t.co/6tfShgU5Qi

The scale of the protests and the regional coverage is truly unprecedented in #Belarus history. Large crowds gathering even in places like Stolbtsy (on video), a small town with a population of just over 10k. In Brest it turned into a march, in Gomel police trying to disperse ppl https://t.co/UVKqHROLUl

Thousands and thousands gathered in Minsk downtown after prominent YouTube blogger and protest leader was arrested by Lukashenka. People are waiting in line to sign in support of his wife as a candidate for President https://t.co/WvbBTM44tH

In #Minsk, #Belarus, thousands turned up today to add their signatures in support of opposition candidates in the upcoming August 2020 presidential election: svaboda.org/a/30644340.html https://t.co/g49CZifKY7 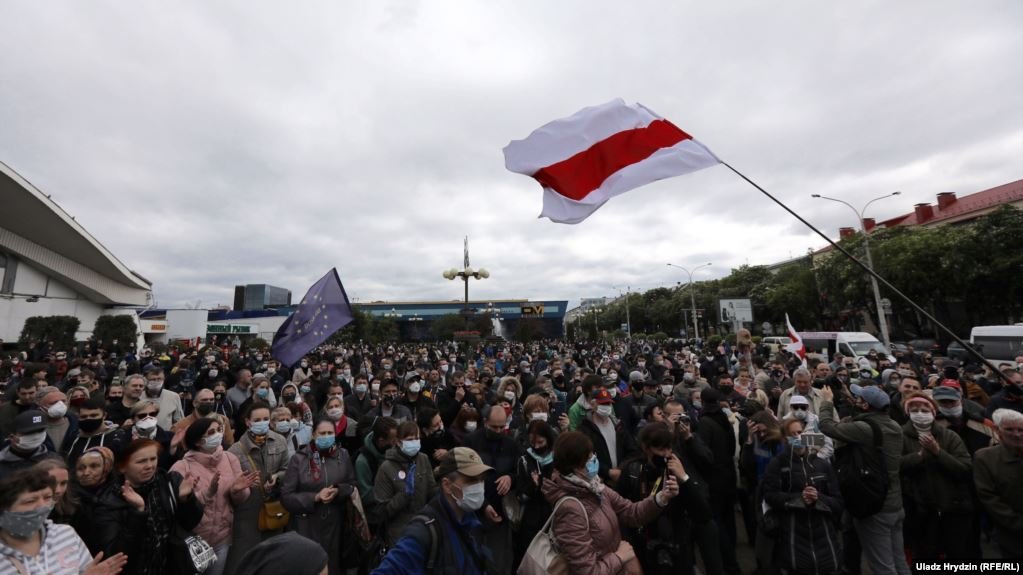 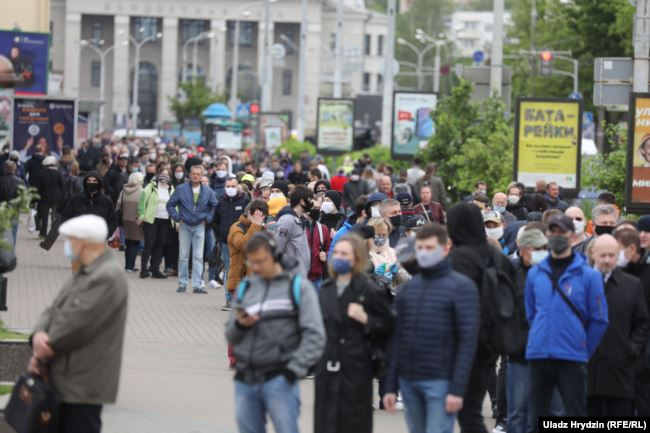 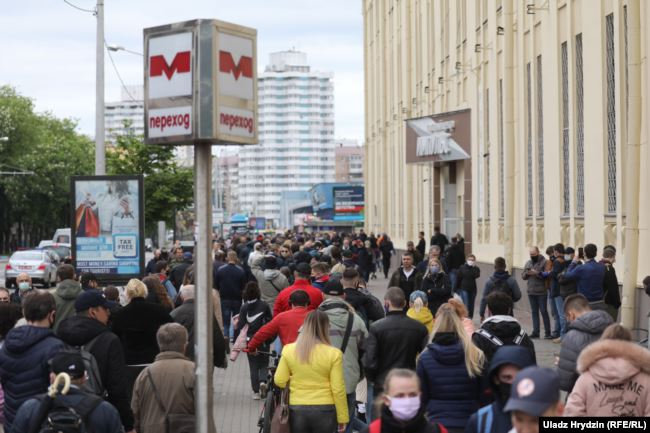 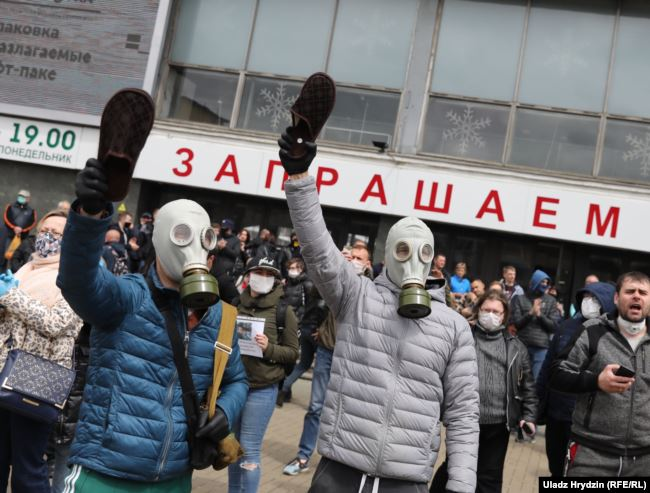 Sadly nothing particularly unusual or surprising about this, but still very painful to read.

How would people feel about renaming this ‘politics and human rights’ to be clear it’s not just about elections etc? Anon poll.

The study cited by the New York Times is only a partial rebuke of the OAS report. As the authors admit themselves, “the analysis focused only on the OAS.’s statistical analysis of the voting results, and does not prove that the election was free and fair. ”.